History Of Black Round Spanish Radishes 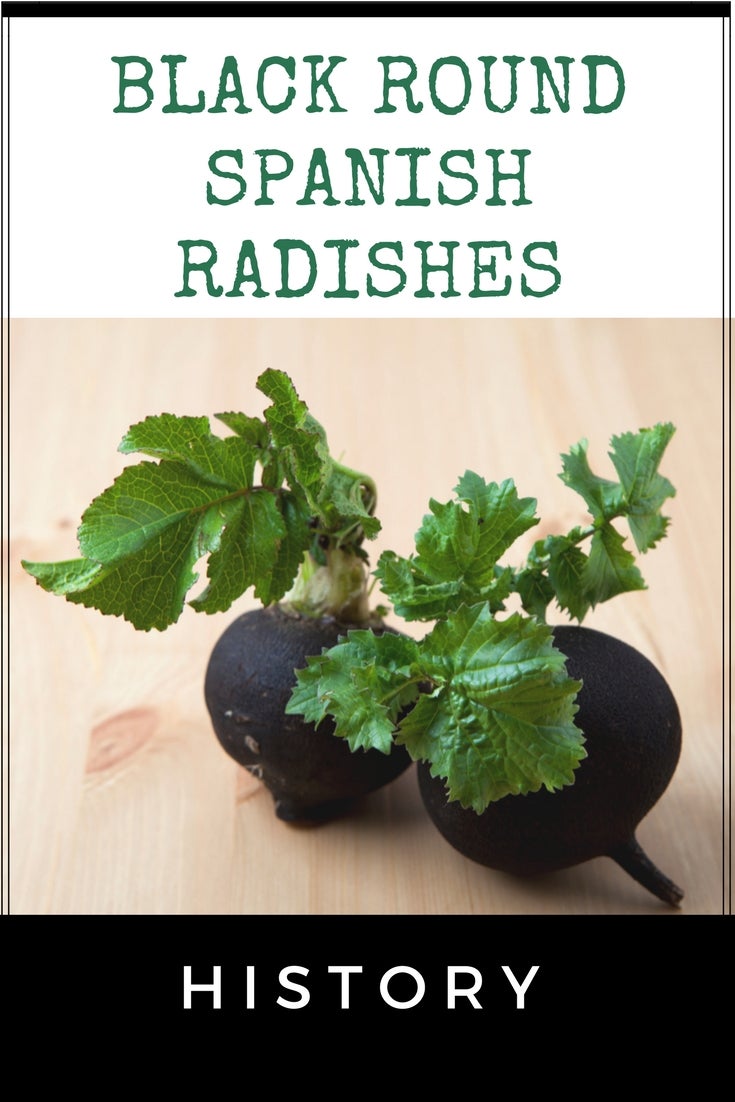 Throwing a Halloween party and want to spice up the usual ho-hum crudités platter? Go with the traditional orange and black colors of the holiday. There are plenty of orange veggies but what about black ones? Heirloom black round Spanish radishes are an option.

While you can’t exactly find black round Spanish radishes (Raphanus sativus) in the produce department, with a little planning you can grow your own black radish plants.

Typically, red radishes found at the supermarket are rather mild and slightly sweet. That is not the case with black round Spanish radishes. These black beauties are not only shocking in appearance but have an intense peppery flavor that will clear out those nasal passages. Although the skin looks tough, it is actually quite tender and does not need to be peeled.

These heirlooms probably date to the 16th century or before. They have nearly black skins with a snow white interior. There are actually two types of black Spanish radish. The black round mentioned here and a longer, cylindrical type that grows to about 8 inches in length. Both have a fiery flavor and, when kept under the right conditions, will keep for long periods of time.

Black radish plants are slow growers, 60 days to maturation, and are typically planted in late summer or early fall for a late fall to early winter harvest. When growing these heirloom radishes, direct sow into the garden. Keep them moist and mulch around the plants to keep the roots cool.

Back in the day, black Spanish radishes were stored in a box of moist sand placed in a cool area, probably a root cellar. Today, store the heirlooms in a perforated bag in the refrigerator. Use them fresh or cooked. Remember, they pack a punch. If you find their pungency too much for your palate, slice or grate them and then salt them. Salting causes the radishes to weep, leaching out some of the heat. Rinse them well before using them.