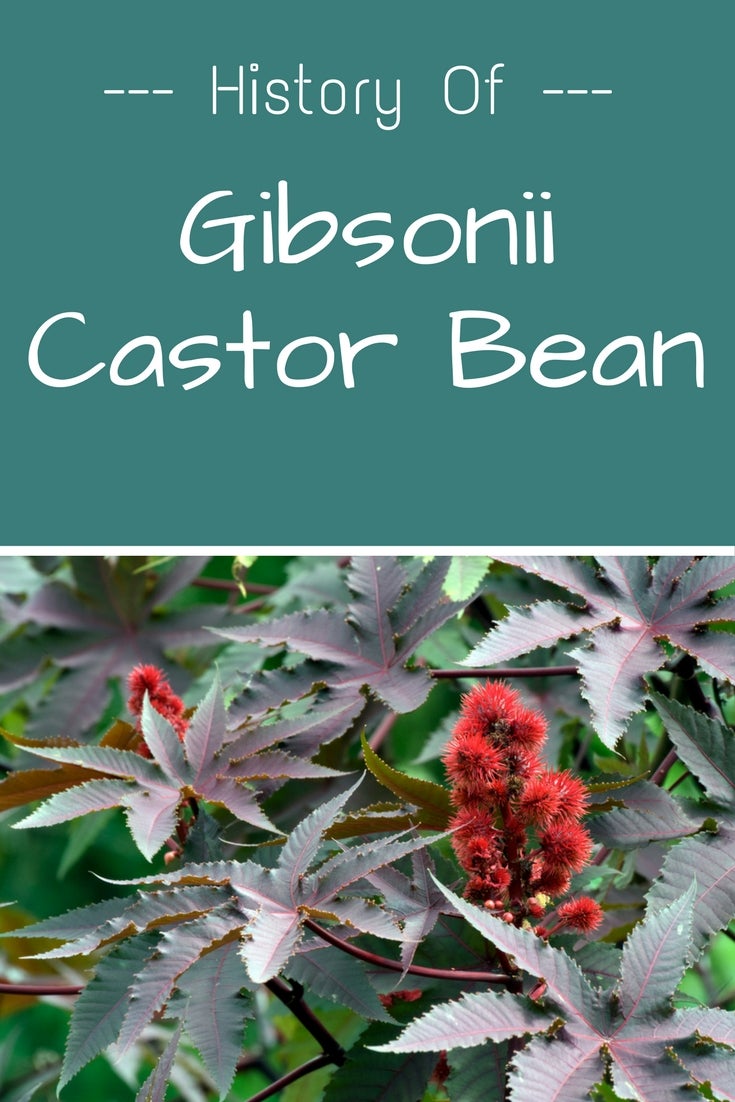 One minute you’re planting it, the next it is blazing in the garden, tall and full of drama. The Gibsonii castor plant (Ricinus communis var. gibsonii) has been around since the dawn of time, cultivated for its castor bean oil. But even for gardeners who have no immediate use for castor oil fall for this fast growing beauty. The enormous leaves and dramatic flower spikes of the Gibsonii castor bean plant make this heirloom annual a “must-grow.”

In this country, castor bean plants were also grown to produce castor oil. The U.S. military used the oil in aircraft lubricants as well as in the production of explosives. Americans also used castor oil in making soaps, linoleum, nylon, paints and electrical insulations. It was also a popular medicine in the first half of the twentieth century.

Today, gardeners cultivate this heirloom plant because it is a fast growing annual. Castor bean plant is capable of rising to 8 feet tall in a very short time in the wild. However, the variety Gibsonii is more compact, growing to 5 feet in height.

Whichever feature you choose to focus on, you’ll find Ricinus communis var. gibsonii to be a remarkable plant. It’s truly a dramatic addition to any garden. Each huge palmate leaf grows to 30 inches across and resembles a star, with up to 11 deeply incised lobes. The foliage is a gorgeous, dark, metallic shade of red. The plant’s stems are also red, and provide a stunning contrast to the ivory blossoms. They appear in clusters in late summer, followed by eye-catching seed pods of scarlet red.

If you want to grow Gibsonii castor bean plants, sow the seeds in a site with direct sun and deep, rich soil. Protect the plants from winds that might shred its beautiful leaves. Irrigation is important, and you’ll want to water the plants regularly.