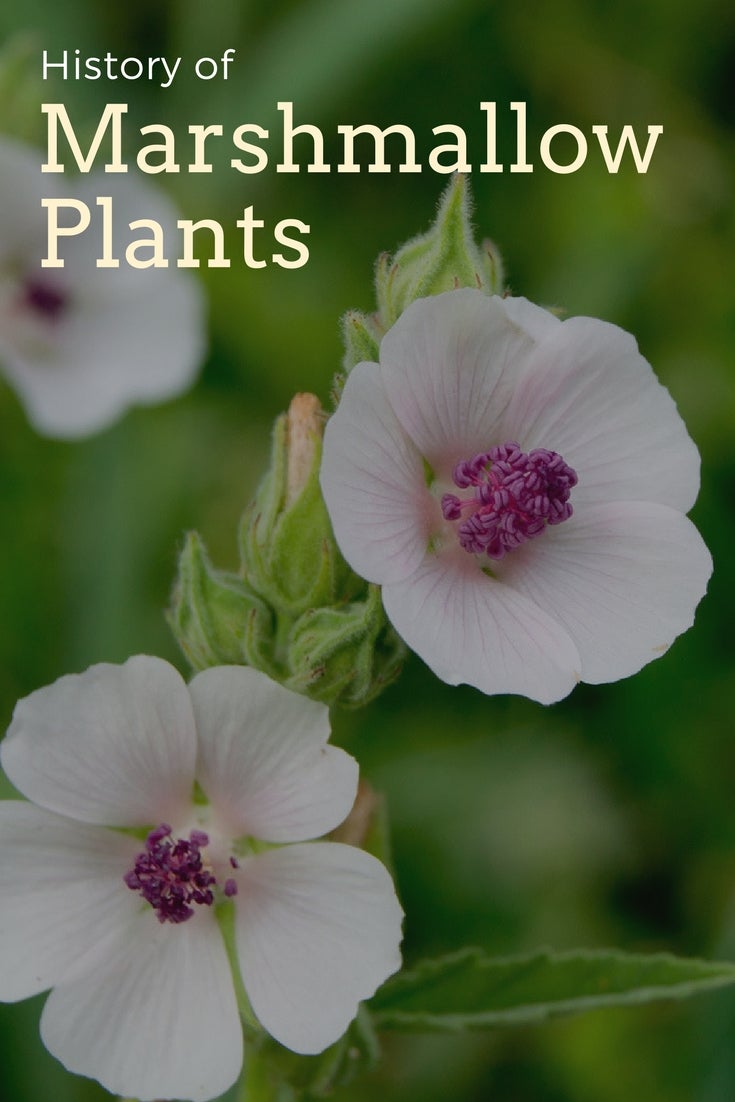 The marshmallow plant (Althea officinalis) has been around for at least 2,000 years, long valued for its sweet flavor and medicinal qualities. If you’re wondering if these lovely mallow plants have anything to do with the puffy white treats we use to make s’mores, the answer is yes – sort of. Read on to learn about the history of marshmallow plants.

The marshmallow (marsh mallow) is an herbaceous plant that hales from Eastern Europe and North Africa. As the name implies, the plant thrives in rich, moist soil in salty marshes, coastal areas, and along ditches and riverbanks. In the garden, marshmallow is valued for its bluish-green, heart-shaped leaves and white, lavender-tinted blooms.

According to marshmallow plant information, Ancient Egyptians mixed the marshmallow sap with grains, nuts and honey to make sweet cakes for pharaohs and other nobility. The cakes were definitely off limits for common folk. The sap was also used to treat a long list of maladies, including gout, joint pain, sore throat, diarrhea, indigestion and ulcers, as well as coughs, bronchitis and other respiratory problems. The leaves were used to make a poultice that relieved skin irritations.

Several hundred years later, French cooks discovered that a delectable, moldable treat could be devised by mixing the sap with corn syrup and egg whites: thus, something akin to the modern marshmallow was born! However, the sap, which is no longer used to create today’s marshmallows, has been replaced by syrup and gelatin.

Marshmallow, a cousin to the hollyhock, is a tall plant that works best in the back of the flowerbed where it won’t shade smaller plants. This hardy plant is suitable for USDA Zones 4 and above. It requires full sun and moist soil. If you add manure or compost at planting time, no other fertilizer is needed.

The easiest way to start a marshmallow plant is to plant seeds directly in the garden in late summer or early fall. You can also plant seeds indoors in late winter, but spring-planted seeds require a period of stratification. Alternatively, if you have access to a mature plant, start marshmallow from root division or cuttings.

Weed the planting area regularly, especially the first year. A weekly watering is usually ample once the plants are established.