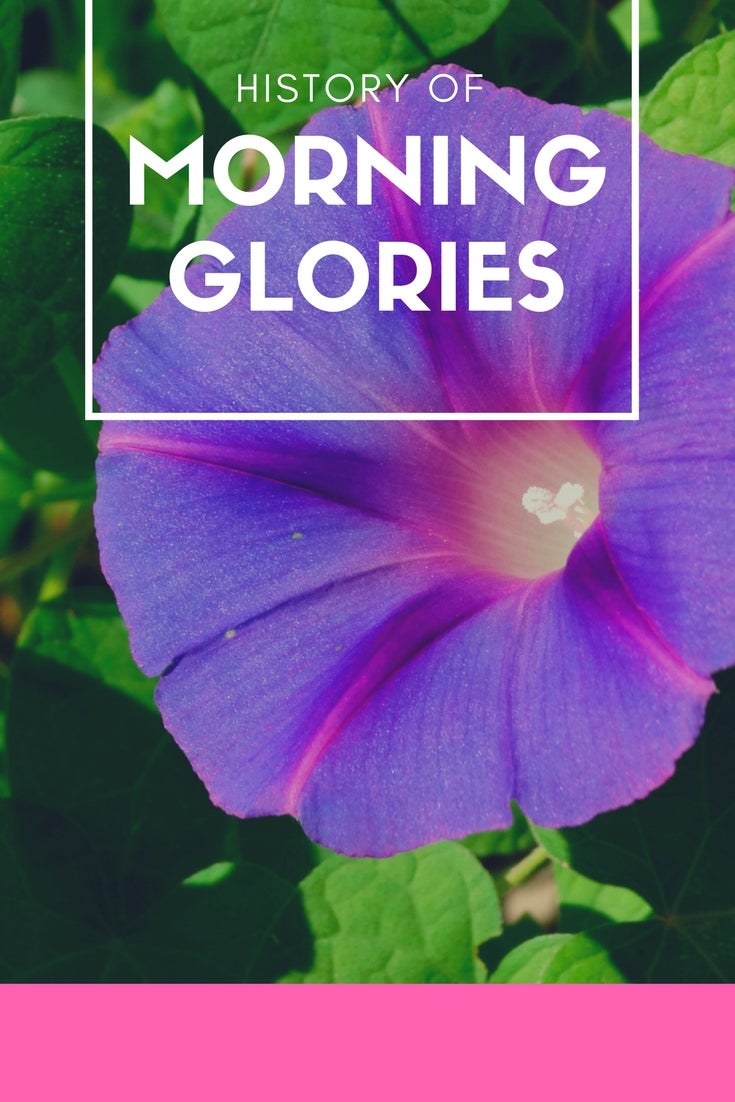 Morning glory is aptly named for its bright white, red, pink, blue or purple funnel-shaped flowers that open in the morning, then close in the afternoon. However, throughout Central American history Ipomoea purpurea, which we know as common morning glory, has had other more unusual names like:

Morning glory history in the tropical regions of America dates back to the Aztecs and Mayans.

Morning glories were greatly respected by the ancient Mayans, Aztecs and Native American tribes of Mexico for the spiritual properties they were believed to possess. The seeds were used for vision quests and to communicate with the gods because of their psychoactive properties. The Aztecs believed that plants had spirits and certain plants, like peyote, salviaand morning glory, had special spirits that could directly communicate with the gods. Similarly, the Chental and Mazatec Indian tribes believed that a highly evolved spirit lived in morning glories.

The seeds of morning glories were specially prepared and given to high priests or shamans to produce visions and allow them to communicate with the gods. One ancient recipe specifically states that 26 seeds were to be ground by a virgin between 10-15 years old, then mixed with water and given to a shaman. The hallucinations these seeds would trigger were considered communicating with the divine. DO NOT TRY THIS.

Morning glory seeds contain toxins that can make you violently ill. Many commercially sold seeds are also treated with poisonous fungicides and other chemicals. In fact, eating morning glory seeds is illegal in most parts of the world. Hybrid varieties of morning glories, like “Flying Saucer,” “Pearly Gates” and “Heavenly Blue,” not only describe the colorful flowers of these varieties but also seem to touch on the psychoactive properties and history of the morning glory’s connection to the gods.

After the flowers fade and drop, round, tan seed pods develop containing dark brown seeds that form orange wedges. These seeds turn brown as they mature, then eventually the pod splits open and disperses the seeds.

Morning glories have very hard seeds, so it is recommended that you knick the seeds and/or soak them in warm water before planting for quickest results. Sow seeds directly where you want them to grow, as morning glories don’t like to be moved once they have sprouted. Seeds should be planted Â¼ to Â½ inch deep and 4-6 inches apart.

Morning glories require a lot of water during the growing season but will not tolerate soils that are too wet or fertile.