Learn About The History Of Balsam Plants 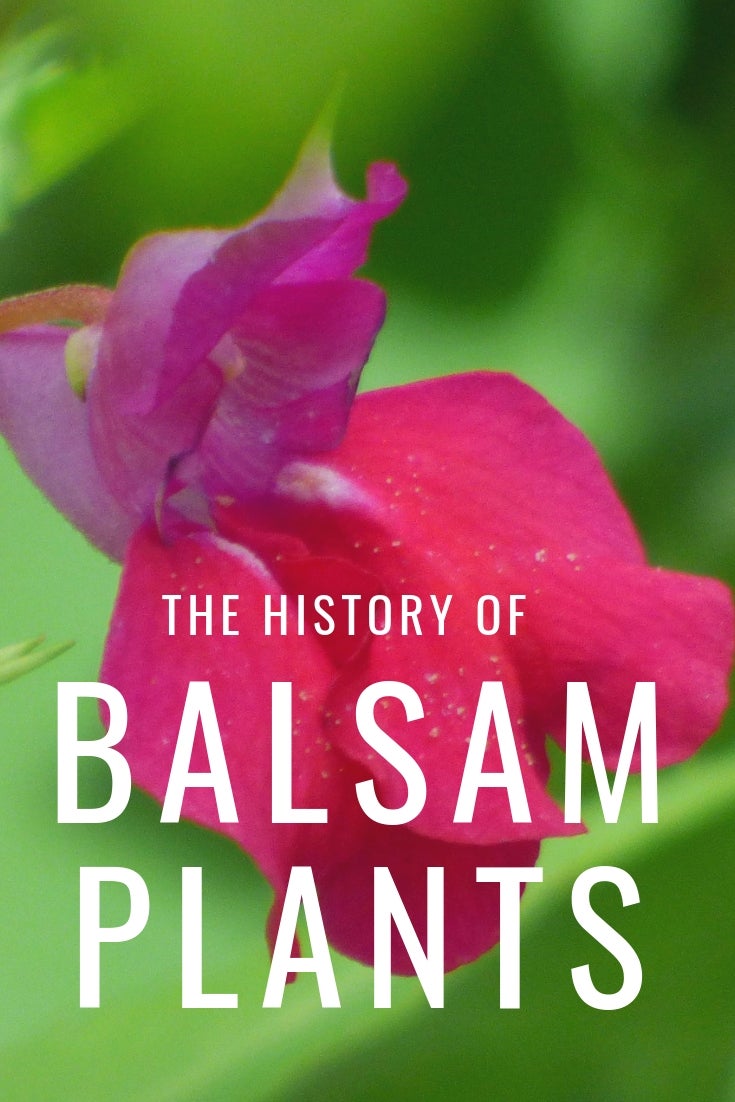 The balsam plant (Impatiens balsamina), also known as touch-me-not, garden balsam, and jumping Betty, is an annual flower related to impatiens. Like impatiens, they grow well in the shade and produce pretty, bright flowers. While now they are a little harder to come by, once upon a time it was balsam, not impatiens, which so many gardeners grew to brighten up shady beds. Heirloom gardeners can still enjoy these flowers today and they are growing in popularity once again.

History of Balsam in the Garden

The balsam flower is native to Asia and was seen in Europe by the middle of the 16th century. These plants had come to the U.S. by the 1700s and were especially popular with gardeners in the Victorian decades of the 19th century.

Especially popular in the past were the double-bloomed balsam plants. References from the 1800s describe old seeds to be the best for growing balsam, as they produce more visually stunning double-blooming plants. These double-flowered camellia-like balsams were all the rage after being introduced in 1863, but by the early 1900s were already disappearing from gardens.

Balsam plant history is old, but it is not a forgotten plant. Heirloom growers are bringing back multiple varieties. To grow balsam, you will most likely have to start from seed. Balsam transplants or starters are not typically available at nurseries, but they grow readily from seeds. Balsam also self-seeds readily, so keep them in a contained area of your garden.

Balsam seeds sprout quickly””in a matter of just a few days. They take about 60 days from seed to bloom, so start your seeds indoors about eight weeks before you expect the last frost. Once planted in the garden, keep the soil moist throughout the entire growing season, but especially when it is hot. If you leave the seed heads alone, you will get the blooms back next year.

Look for different varieties of balsam to add color and interest to your beds. There are dwarf balsam plants that come in a range of colors and have double blooms, the ‘Blackberry Trifle’ cultivar that produces white and purple flowers, and the bush mix, a variety that will give you compact and full plants.