What Is The History Of Bitterroot Flowers 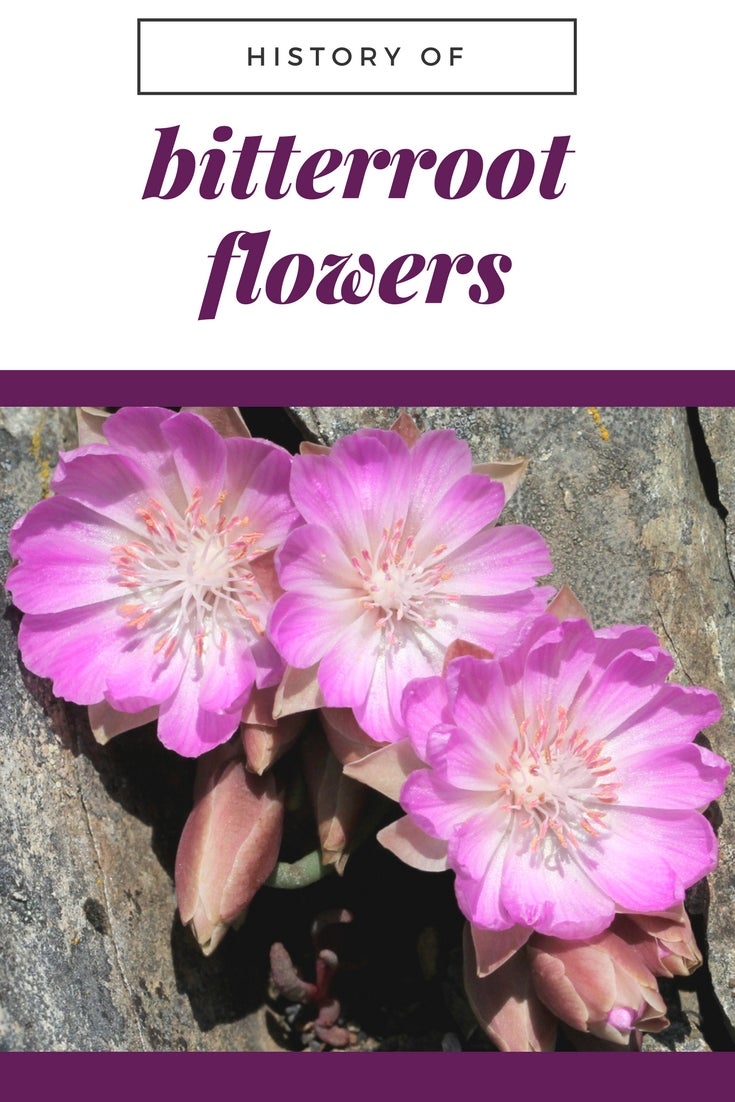 A low-growing plant with white to purple blooms atop leafless, succulent stems, bitterroot (Lewisia rediviva) is found across much of the Western United States. In fact, this native plant plays an important role in the history of the American West. Let’s learn more about the history of bitterroot flowers.

Members of Lewis and Clark’s Corps of Discovery couldn’t help but notice the abundance of bitterroot plants (known by Native Americans as spetlum) when, in 1805, they crossed the rugged, high country of what is now known as western Montana.

The plant was highly valued as a nutrient-rich food source by the Shoshone, Nez Perce and other tribes of the area, who mixed the boiled, dried roots with berries, venison or fat to sustain them during hunting expeditions. The roots were seldom eaten raw. These roots were so valuable that they were used as currency at trading centers across the west.

Meriwether Lewis, however, didn’t have anything good to say about the bitter-flavored root, which didn’t agree with his taste buds or his stomach. In spite of his distaste for the plant, he regarded it highly enough to include it with a collection of 178 plant specimens that he presented to President Thomas Jefferson at the completion of the expedition.

The plant was analyzed by a biologist, who gave it the genus name ‘Lewisia‘ and the species name ‘rediviva,’ a Latin word that means “brought back to life.” Bitterroot is also known as “resurrection flower” for its ability to survive many months without water.

In subsequent years, at least three geographical features were named for this distinctive plant, including the Bitterroots – the mountain range that divides Idaho and Montana, the Bitterroot River and the Bitterroot Valley. It is also holds the distinction of Montana’s state flower.

Bitterroot flowers are suitable for growing in USDA plant hardiness zones 4 through 8. Once established, they are self-sufficient and require very little care. However, the seeds are notoriously slow to germinate. If you want to give it a try, plant seeds in soil mixed with gravel, sand or grit to replicate the plant’s natural environment. The soil must have excellent drainage, as the plant is likely to rot in soggy soil.

You can also propagate offsets from a mature plant. However, don’t attempt to remove plants from the wild. The plants, which have long taproots, often don’t survive the transition. Also, keep in mind that wildflowers are important parts of the ecosystem and removing them can upset nature’s delicate balance. Removing the plant from their native habitat is illegal in some states, including Oregon.