Learn About The History Of Chantenay Carrots

Throw Back Thursdays
By Amy Grant | May 31, 2018
Printer Friendly Version 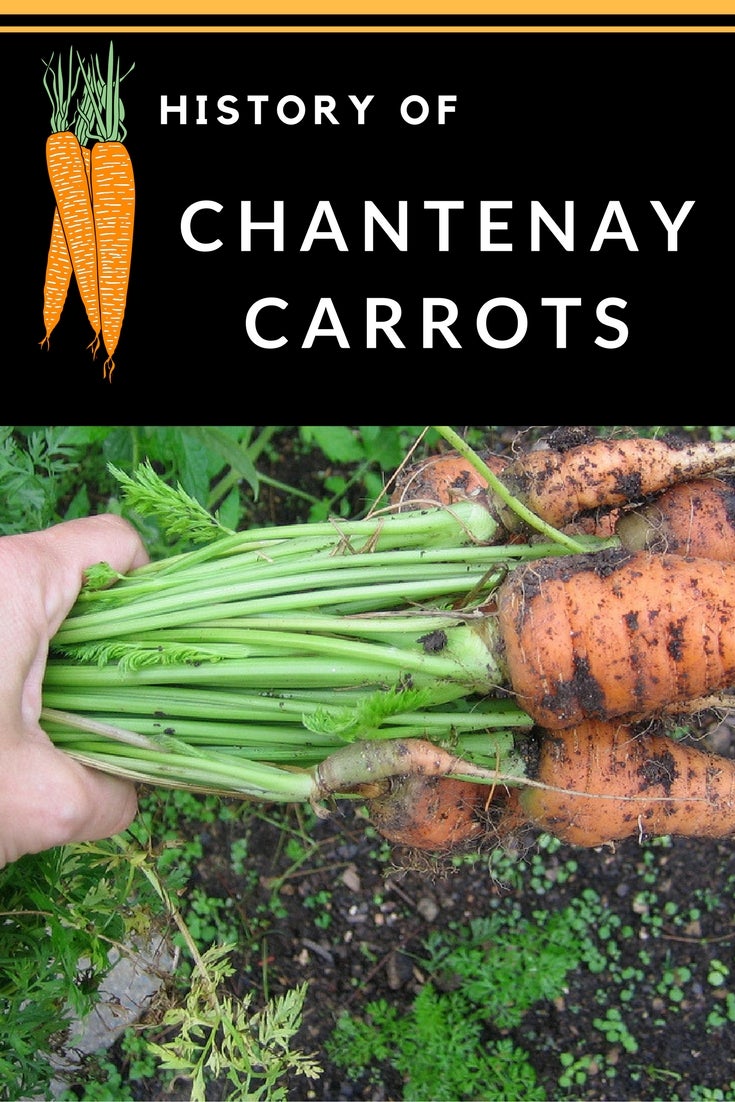 Mae West was quoted as saying “The only carrots that interest me are the number you get in a diamond.” Okay, she was referring to carats and while diamonds may be a girl’s best friend, carrots should run a close second. This is because carrots are not only naturally sweet and low in calories (can I hear an “amen”), but rich in beta-carotenes, falcarinol, vitamin A, minerals and anti-oxidants. Always on the lookout for a healthy, sweet snack, growing heirloom carrots is a great place to start, especially the Chantenay carrot.

An heirloom variety of carrots, Chantenay carrot plants were developed during the 18th century in, you guessed it, the Chantenay region of France and were first introduced in the seed catalog of Vilmorin Andrieus. Originally, Chantenay carrots were grown for their medicinal uses, but as time went on, their popularity as a culinary carrot soared. Unfortunately, during the 60’s, this popularity took a nosedive as the Chantenay fell out of favor.

Today, however, these medium to almost stubby carrots are making a comeback as culinary favorites once again. This is in large part due to the resurgence in interest for heirlooms and also for some new varieties of Chantenay on the market.

These nicely tapered carrots are hardy enough to withstand cold, shallow soils, and are disease and pest resistant. While they are lighter orange and coarser than other carrots, their short sturdy shape makes them favorites for processing.

There are two major types of Chantenay seeds available: Red-cored, with a redder core and blunt tip, and Royal Chantenay, with and orange/red core and tapered tip. Both should be directly sown into the garden in the spring after all danger of frost has passed for your region.

Plant Chantenay carrots in the spring for a midsummer harvest and then again in the midsummer for a successive fall harvest. Chantenay produce the sweetest, most tender roots in cooler weather so folks in warm climates may grow them during the winter.