Learn About The History Of Chrysanthemums 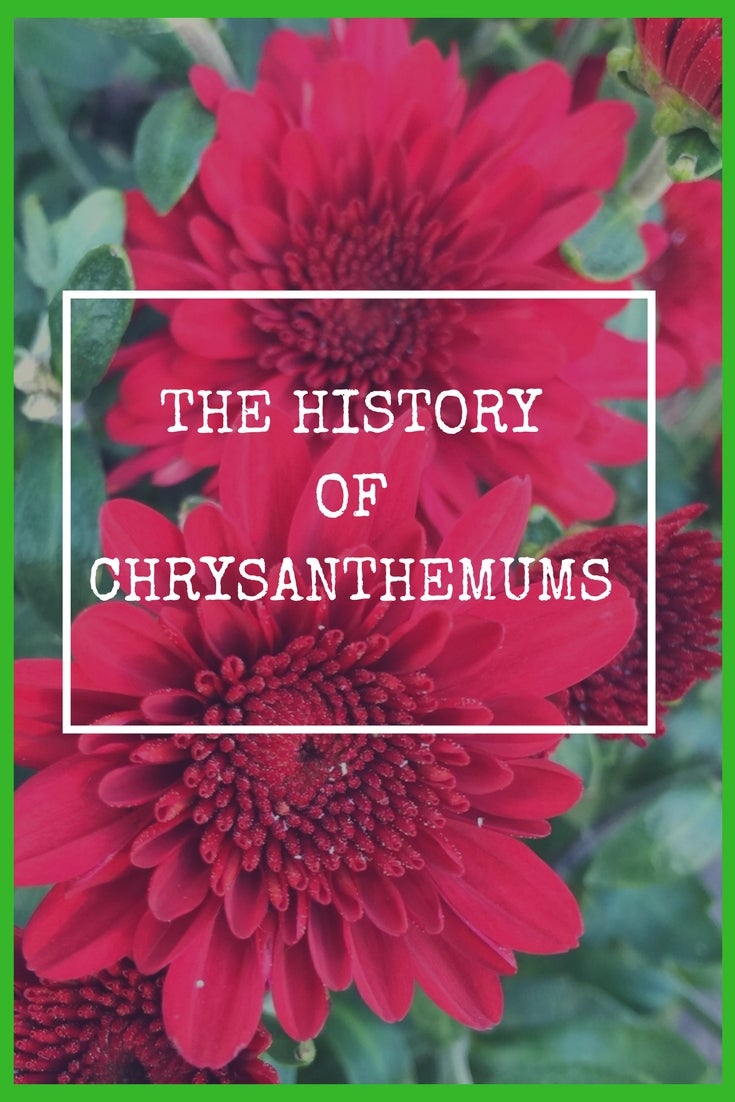 As days become shorter and trees put on their autumn displays of color, our gardens can look sad and wilted. Bright summer bloomers die back and lie down in their winter graves of fallen leaves. Autumn has arrived and winter will be close behind. While the rest of the garden seems to hide and fade away from the longer, cooler nights, chrysanthemums reach their full glory. For thousands of years, chrysanthemums have dominated the autumn garden.

In North America, nothing signifies autumn quite like fall mums. As August nears its end, fall mums are sold at garden centers, hardware stores, big box stores, even at some pharmacies and gas stations. As the weather cools, we put our gardens to bed for the winter and throw out faded annual containers, replacing them with the colorful late blooms of chrysanthemums. The autumn landscape is decorated with pumpkins, corn stalks, straw bales and, of course, fall mums. However, thousands of years ago these plants were considered so much more than mere fall decorations.

Chrysanthemum indicum, which we commonly call fall mums, florist mums, pot mums, garden mums or just mums, are native to China. The original mums had only yellow blooms. However, Chinese botanists began cultivating and breeding different varieties of mums before 1,000 BC. The Chinese highly revered these plants and believed they possessed the power of life. They considered it to be the flower of honor and carvings of chrysanthemums adorned their palaces and temples. An old Chinese proverb states, “If you would be happy for a lifetime, grow chrysanthemums.”

Chrysanthemums made their way into Japan as a gift from one emperor to another. In Japan, these chrysanthemums were just as highly revered and only nobility was allowed to grow them. Chrysanthemum indicum was named the national flower of Japan in 910. To the Japanese people it represented happiness, love and truthfulness. Japan botanists also created new colorful varieties of chrysanthemums, but for centuries China and Japan kept these sacred plants to themselves.

Chrysanthemums didn’t make their way to Europe until the 1700s. Famous Swedish botanist Carl Linnaeus studied them and found them to be very similar to the wildflower Chrysanthemum coronarium, commonly known as corn marigold. As a result, Linnaeus named mums Chrysanthemum indicum. However, in 1961, Russian botanist Nickolae Tzvelev insisted that mums were not as similar to corn marigold as Linnaeus had thought and renamed them with the genus and species name Dendranthema x. grandiflora. This renaming caused many years of controversy and hostility in the world of botany, as many well renowned botanists simply refused to accept the new name.

In 1995, the International Botanical Congress ended the controversy by declaring that mums would go back to their original genus and species name of Chrysanthemum indicum. However, perennial and hardy varieties may still be sold as Dendranthema, while the common fall mums go by Chrysanthemum.

Chrysanthemums are known as the flower for the month of November. In the Victorian language of flowers, they represented friendship, cheerfulness, compassion, loyalty and devotion. It is also used in New Orleans’s All Saints Day celebrations to honor the dead.