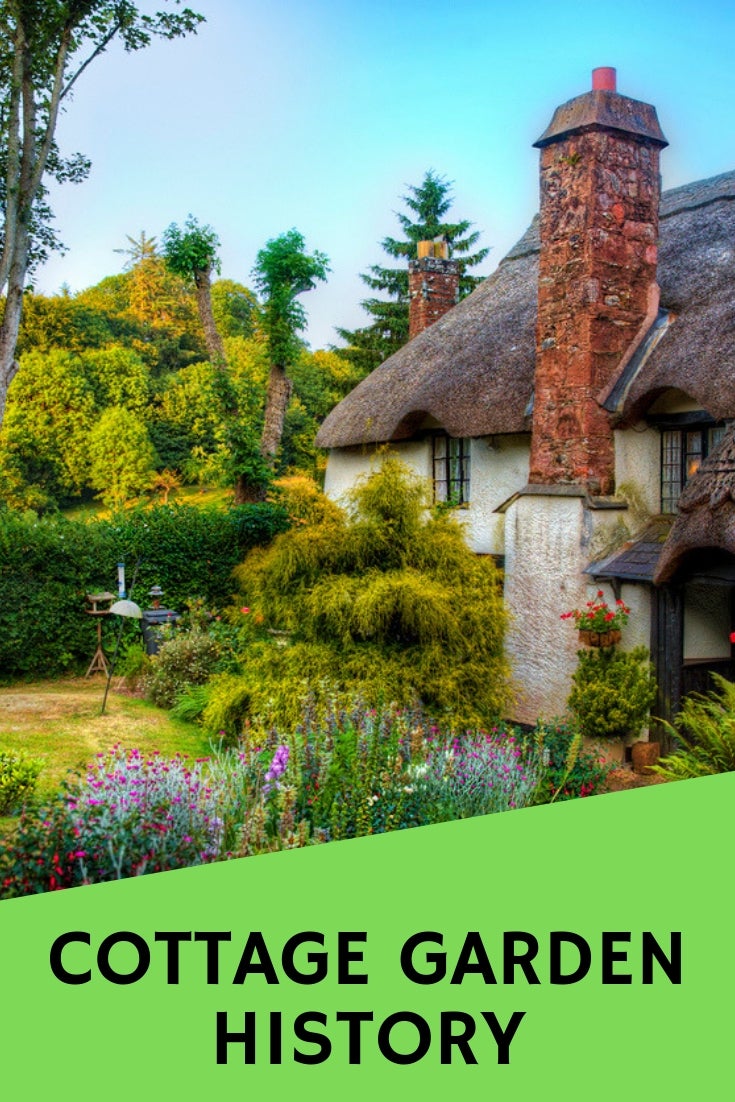 While the cottage gardens that British landscape designer William Robinson became acquainted with in his lifetime had a bit more splendor than the ones that originated in the late 14th and 15th centuries, his quote is just as applicable to those early cottage gardens as it is to the cottage garden style landscapes of present day.

The introduction of the cottage garden came on the heels of destruction, namely the bubonic plague. The Black Death resulted in a labor shortage and housing surplus which spurred changes in the social ladder, because peasants now had the leverage to elevate their position in society. Royalty and landowners needed their labor and now those in the lower classes could make demands and improve their lot in life. Some peasants, who had been landless serfs, now became free cottagers, renting a cottage and a portion of land (an acre or two). The land they resided on was just enough for subsistence farming, which necessitated the need for them to supplement their income by working for others for a wage.

Given that a traditional cottage garden was focused on supporting the family, the plants grown in the garden were more practical and functional rather than ornamental. The garden design was informal and densely planted with culinary and medicinal plants, which may have seemed chaotic to the outside observer; however, it was an organized chaos to the one intimate with the garden. Every square inch of ground in a cottage garden was planted with tried and true vegetables, herbs, fruits or berries.

Vertical gardening was also evident with climbing plants twisting up walls, trellis and fences. As you wandered through the cottage garden, you may have even encountered a beehive or even livestock. Flowers had less emphasis in the early cottage gardens, but had a presence nonetheless, albeit more for utilitarian reasons than decorative. They were intermingled between plantings for aiding and abetting pollination and harvested for use inside the cottage to help mask odors and repel vermin. It is important to note that even though the plantings of a cottage garden were practical in nature, they were a thing of immeasurable beauty all the same.

By the advent of the Victorian era (the era of the aforementioned William Robinson), the style of cottage gardens had begun to change for a few reasons. With the wheels of industrialization turning, the mass production and distribution of food was becoming possible, which helped decrease the reliance on self-sustainability, offering the opportunity to introduce more flowers than edibles. Members of the well-to-do gentry also put their own spin on cottage gardening which, in contrast to early cottage gardens, were a display of affluence with abundant plantings of flowers and other ornamentals. Notable garden designers, such as William Robinson, also helped to popularize the flower laden version of cottage gardening and, as such, this has become the version of cottage gardening we are most familiar with today.