Learn About The History Of Fish Peppers 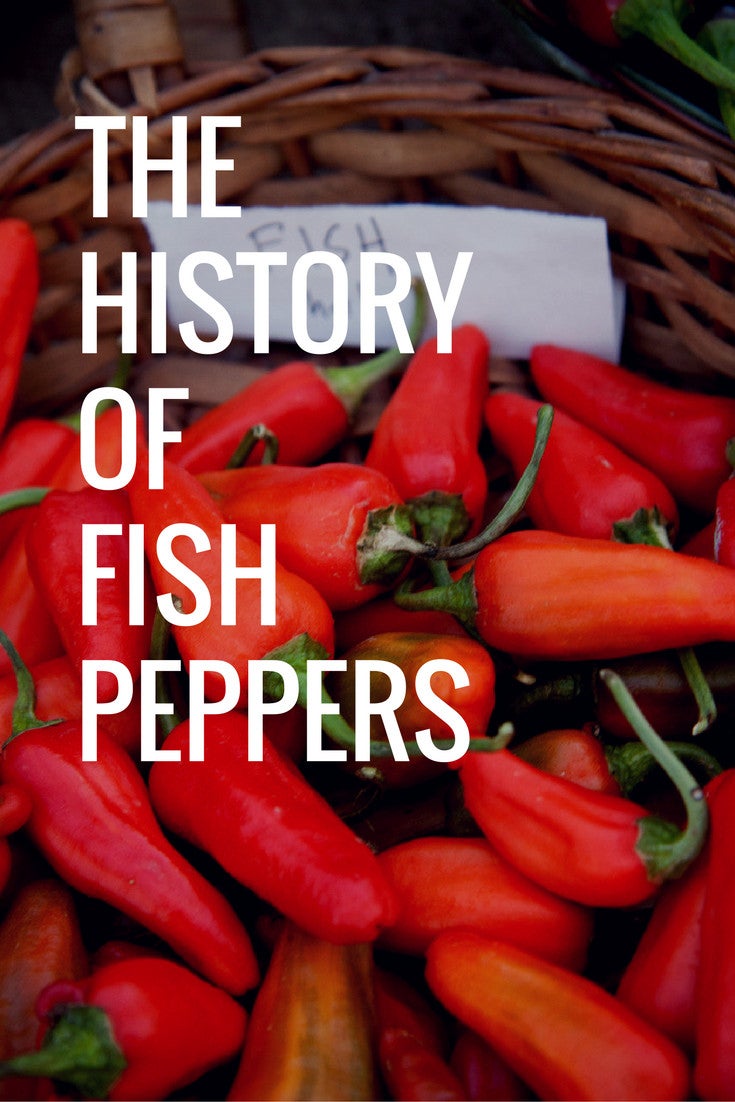 You may not have heard of a fish pepper but I guarantee you, you will like it. This historical pepper will amaze with its color palette, whimsically mottled leaves and daring flavor. The fish pepper history starts in the Caribbean but also has a rich tradition here in the United States. The pepper is part of cultural African American food and a worthy addition to other types of cuisines.

I admit I have pepper mania. If I hear of a new variety, I have to find seeds, plants or starts and try to grow it. The fish pepper is a new one to me and I can’t wait to find my seeds and start some of the attractive 2-foot tall hot pepper heirloom plants. Peppers are so versatile and come in such a wide range of heats, flavors and colors, that having a large spectrum from which to choose makes ideal culinary sense. Fish pepper plants are easy to grow and have a fairly high heat rating, perfect partners for adventurous gardeners such as myself.

Sadly, American history must include the wicked period of slavery. Fish pepper plants were probably brought to North America from the Caribbean. The little pepper quickly became a favorite of slaves and freed men due to the punch it added to the foods that were available. It was around the Chesapeake Bay area where the pepper was truly embraced.

The pepper doesn’t look, smell or taste like fish, but its name comes from the fact that it was widely used in fish dishes and recipes like crab stew. Over time, the pepper faded in popularity, much like modern pop stars do after a few years. But if Cher can keep coming back every decade or so, this little pepper may find it is time to shine again too. It’s time for a new history of fish peppers that can reawaken interest in this spicy little debutante.

Fish pepper popularity nearly died out, but thanks to a seed saver in the 1940’s, the history of fish peppers is continued today. The story goes like this. An African American painter named Horace Pippin had crippling arthritis and believed bee stings were the key to healing his pain. He sought relief from a bee keeper named H. Ralph Weaver who took Pippin’s seeds from hot pepper heirloom plants in payment for this service.

These seeds were passed down in Weaver’s family until 1995 when his grandson made them available through a Seed Saver’s Exchange Yearbook. This little transaction was responsible for public availability to a plant that had almost died out in modern cultivation in the United States.

Fish peppers are usually picked when ghostly white with light green striping. The leaves have an appealing variegation that makes the plant an ornamental stand out. The peppers don’t stay white if left on the bush. They develop an array of beautiful colors as they mature. White peppers age to orange with rusty stripes and finally a rich, deep red 2- to 3-inch pepper with a Scoville heat rank equal to a jalapeno when white and exceeding a cayenne when deep crimson.

The rich, spicy flavor is a perfect complement to cream sauces and pairs best with fish and shellfish to accent the sweet oceanic tones of these foods. The more mature peppers are amazing as part of a salsa or hot sauce. Even if you aren’t a pepper lover, the variety of pepper colors and creamy white leaves striated with green provide a beautiful little plant to enjoy in containers or simply as part of an annual color bed.