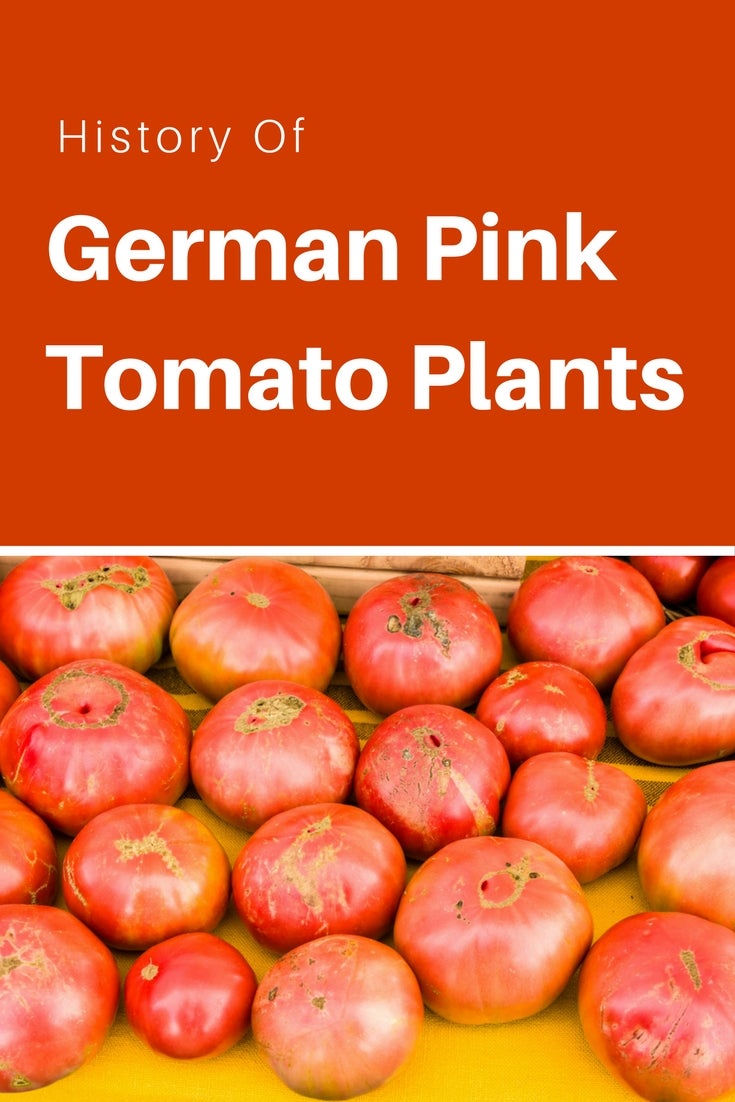 Prior to the Franco-Prussian war of 1871, Germany was divided into territories. German pink tomato plants were found to hail from the duchy (territory) of Bavaria. Other German heirloom tomatoes were introduced from other duchies, but often the plants were genetically the same from seeds passed down and swapped.

Over the course of a few hundred years of this, with some cross breeding and some folks saving seeds from the biggest tomatoes and others saving from the reddest fruit, you get entirely different looking varieties that share common ancestors. In the case of German pink tomatoes, the common ancestor is believed to be Brandywine.

German pink tomatoes are known to give high yields of large 1-2 pound fruit. The fruit is meaty and almost seedless, sweet and tender skinned. They’re very versatile and can be sliced, juiced, roasted, stewed, frozen and canned.

When growing German pink tomatoes, start seeds indoors 4-6 weeks prior to the last frost date for your area. Plant the seeds to a depth of ¼ to ½ inch in trays or pots. Transfer them to 3- or 4-inch pots when their true leaves appear.

Transplant them outdoors about 2-4 weeks after the last frost for you area and when soil temps are at least 50 degrees F. (10 C.). Bury the seedlings up to their first set of leaves when transplanting. Before you transplant them, amend the soil with plenty of nutrient rich, well-aged compost.

Provide the plants with some sort of support such as a trellis, cage or stakes. Water your heirlooms at the base of the plant to avoid wetting the leaves, which will foster fungal diseases.

Within 85-90 days, you will be harvesting the gorgeous pink hued fruit. Be sure to save some of the seeds for the following year!