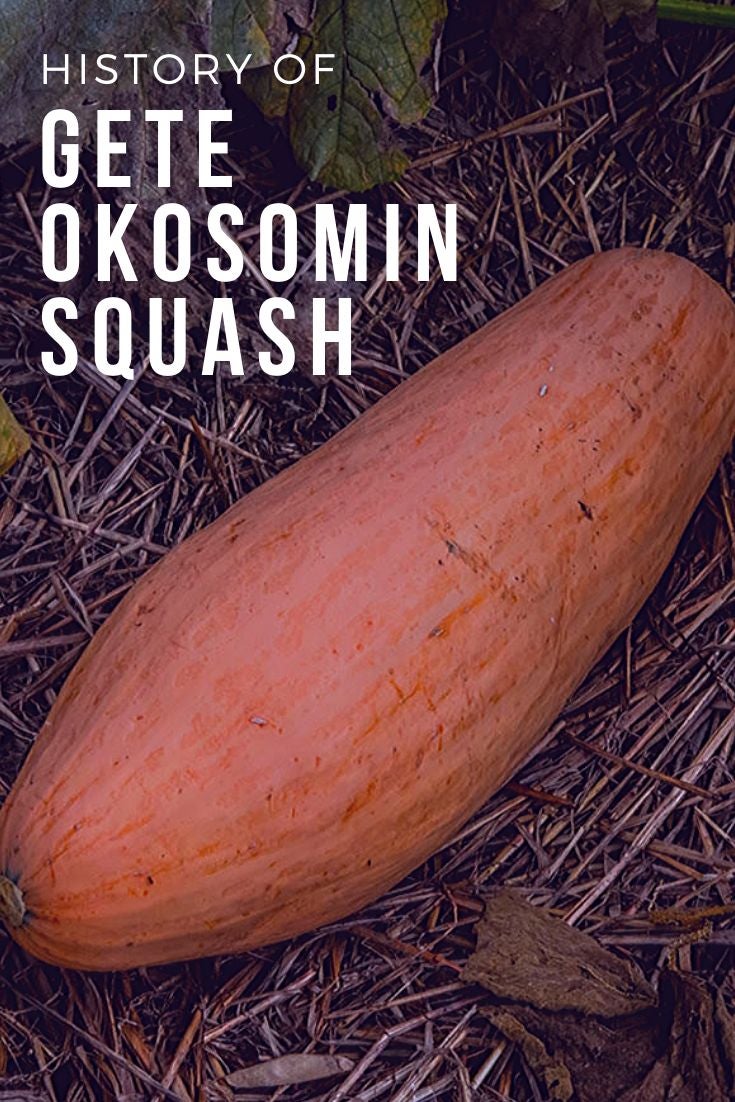 The Gete Okosomin squash has two very interesting stories. One of them is true. The other isn’t, and that’s the one that’s made it famous. But even the true story, while a little less click-baity, is fascinating, and a testament to the long relationship between people and gardening. So let’s look at the real history of Gete Okosomin squash”¦ and we’ll look a little bit at the fake history, too.

The name Gete Okosomin literally means “big old squash.” It’s a fitting title because the long orange fruits frequently tip the scales at 30 pounds (13.6 kg.). The plants became very well known a few years ago when a tale about their “discovery” started making the rounds on the internet.

According to this story, a 2008 archeological dig in Wisconsin unearthed a small clay vessel containing seeds that were carbon dated to 850 years ago. The dormant seeds were planted and they grew into this “lost” squash. It’s a fun idea, and one that sparks the imaginations of seed savers and gardeners. Just imagine”¦ a Jurassic Park of long extinct squashes! But, alas, it isn’t true.

The Gete Okosomin squash isn’t long extinct. Quite the opposite, in fact. Through careful cultivation and hand pollination, the Miami people of Indiana have been growing it and refining it for thousands of years. That means the variety is actually much older than the sensational headlines suggest!

It’s unclear exactly where the clay vessel story comes from, but the squash’s wider popularity can seem to be traced to David Wrone, a professor at the University of Wisconsin, who was gifted the seeds by Miami Nation gardeners. Wrone began growing the squash and spreading the seeds around, giving some to the White Earth Seed Library.

Today, the seeds are available to the public. The fruits are massive with tasty, nutty flesh and nutritious seeds, and well worth a try for the adventurous gardener.