Hedges In History: A Journey Into How Hedges Came To Be 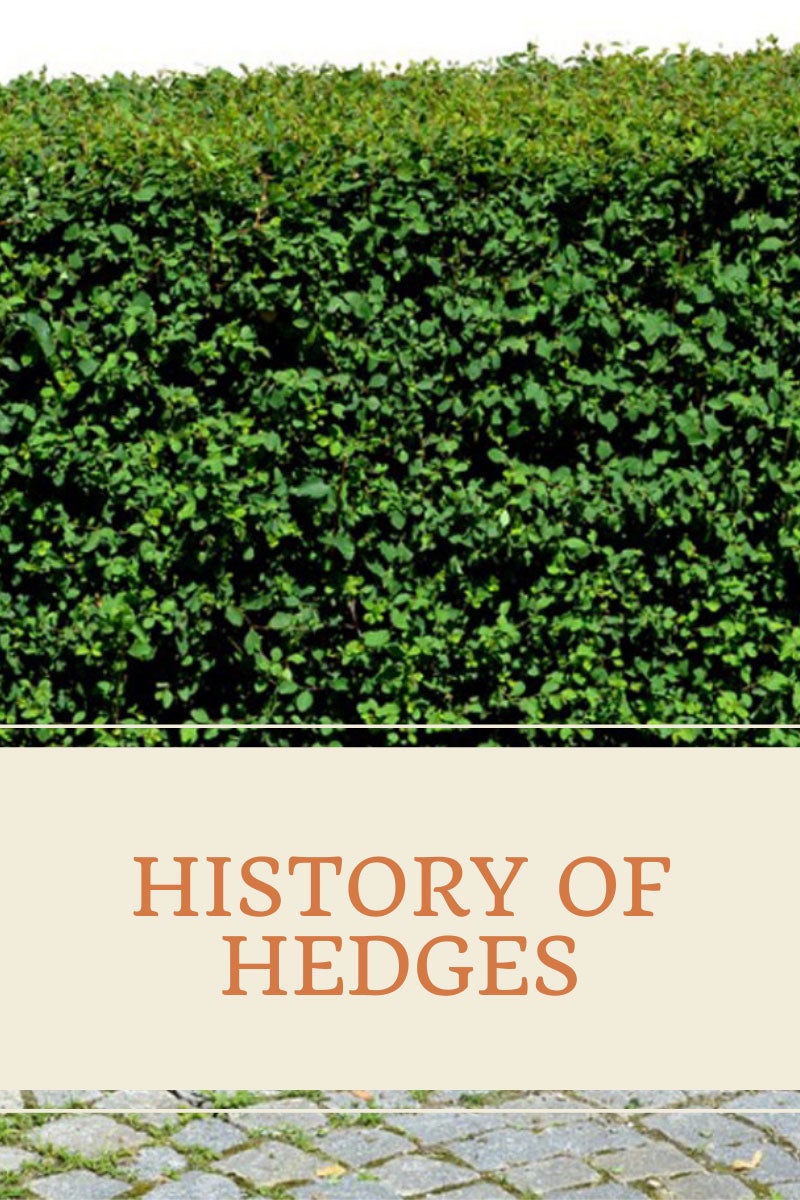 The hedge is not a new and trendy garden fad. In fact, the history of hedges dates back at least 2,000 years, dating from the Bronze Age. If you are wondering about how hedges got started and how people used hedges throughout history, read on. I’ll walk you through the history of hedges from the first hedgerows through Versailles and beyond.

The history of hedges began thousands of years ago. Both Pliny the Elder and Pliny the Younger, who lived between AD23-cAD110, described the box hedges in gardens. After the Dark Ages, hedges thrived in the last half of the Tudor period with knot gardens, where formal beds were edged with neatly trimmed box.

The next major act of hedges in history was the parterre, an intricate low-hedge arrangement trimmed into complex twirls. Parterres were used as borders of lawns. Grandiose examples can be found in the Het Loo Palace in the Netherlands and Versailles in France. Having a home in France, this is something that definitely piqued my interest.

The history of hedges can be said to begin with hedgerows. As early as the Bronze Age, those who wanted to plant crops in fields created the first hedgerows. They cleared woodland to give them areas to plant, leaving strips of woodland to mark the boundaries. These were the oldest hedgerows, a type of hedge composed of native plants.

They were a great boon for wildlife. These hedges often included a mix of woody shrubs like dogwood, spindle, and hazel and could contain woodland plants such as bluebells and anemones.

During Roman times, new hedgerows were planted, and this continued in Europe through the mid-18th century. This tapered off in places like England after the Second World War when the government encouraged the removal of hedgerows.

Some hedges have earned a special place in history. One such hedge was constructed across the country of India by England, when India was a British colony. This giant hedge stretched 1,100 miles and stood some 12 feet tall and 14 feet wide. The British Empire worked on the Great Hedge of India for more than 30 years.

It was intended to create a barrier dividing off a section of India where they wished to impost a high salt tax. However, parts of the hedge were attacked by ants and others were burned by bush fires. Smugglers regularly managed to get salt through the line to the areas where the salt tax was enforced. The hedge was abandoned in 1879.