History Of Holly Use: Learn About Traditional Holly Plants 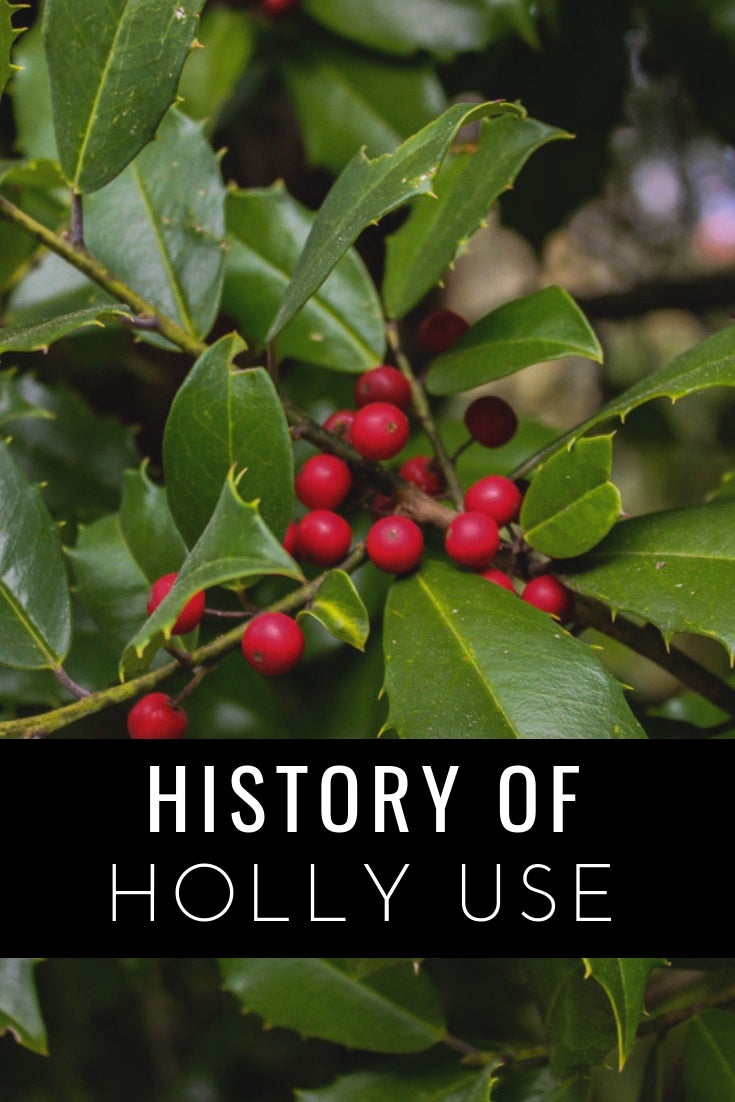 If you associate the shiny green leaves and red berries of the holly plant with the holidays, you aren’t alone. Many “deck the halls” with holly, but that is only one episode in the history of holly use.

The variety of holly plant uses through history reads more like fiction than fact. While traditional holly plants have long been part of Yuletide décor, the prickly leaves and blood red berries also came to represent Jesus’s crown of thorns in Christian symbolism. And that’s only the beginning of the history of holly use.

Holly was generally thought to have protective properties. In days when people feared malevolent fairies, holly bows were hung about a home to protect it, or to allow smooth, safe interaction between them and the humans living there. And in some cultures, it was a taboo to cut down a holly tree, since they were thought to protect the home against witches and evil spirits. That’s why many holly plants in hedges were often left untrimmed.

In another chapter of the history of holly use, the plant was associated with Thor and other thunder gods in European mythology. Therefore, trees were planted near homes for protection from lightning strikes. Perhaps, you have some holly foundation plantings too.

In Celtic mythology, the Holly King, represented by holly leaves and branches, was thought to rule over the world from the summer to the winter solstice. And in the home, folklore suggested that whether the husband or wife would rule a household for the year was thought to depend on whether prickly-leaved or smooth-leaved holly was brought first into the home.

Traditional holly plants were also sometimes coppiced for their wood. Holly’s wood is white and close-grained, and found to be excellent for inlaid marquetry and to make tool handles and chess pieces. Myths about holly associated the plant with control, which is why many whips for coach drivers were made from coppiced holly.

In this country, American holly is prized as a garden ornamental. This tree is a low-maintenance evergreen that usually doesn’t need much irrigation. American holly is native to Massachusetts forests, but is not limited to this geographic area. You’ll see it as far north as New Jersey and southern Connecticut, all the way down to Florida and inland to eastern Texas.