Learn About The History Of Hopi Tobacco 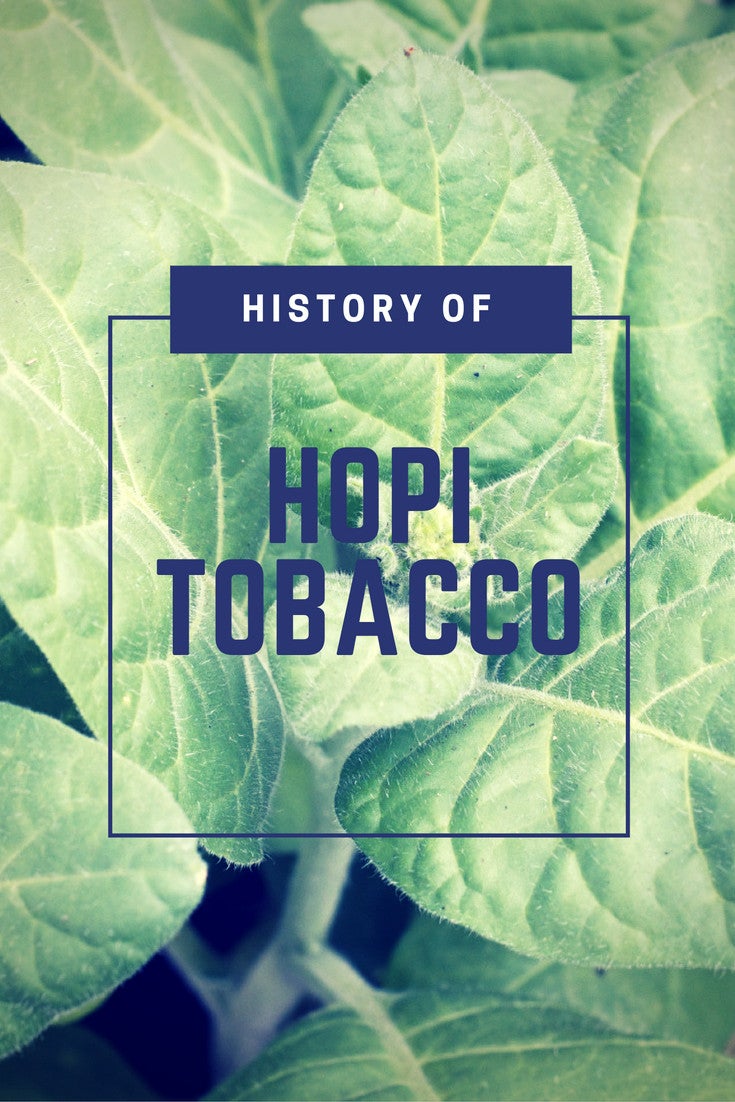 Tobacco has a bad rap in modern society due to its links to emphysema and cancer as well as other health effects. But tobacco was once a staple ceremonial and trade plant that has a rich tradition of use in our native populations. The Hopi tobacco plant contains powerful alkaloids and is not the same as today’s tobacco. The potent compounds in the leaves make the tobacco an excellent organic pesticide, an added benefit on a beautiful heritage plant.

Many of our heirloom tobacco plants have died out due to manipulation of the gene pool and seed in an effort to create commercial use plants. These modified tobaccos are quite different from the traditional native plants. Hopi tobacco plants were revered for spiritual, medical and ceremonial uses. This is an easy plant to grow and seed is available. Brush up on some Hopi tobacco plant info and see if this plant is a good fit for your garden.

Hopi tobacco use was infrequent, with the plant reserved for special occasions and rites. The indigenous population of the north, south and central Americas believed tobacco smoke carried one’s prayers to the Gods. The native population of the Four Corners region had their own proprietal strain of tobacco. These heirloom tobacco plants are still available today and useful as a natural pesticide.

It also had medicinal uses for the treatment of cramps, boils and headaches. Hopi tobacco use by both men and women was traditional but only after the plant had been harvested. The plants themselves were only tended by men and women were not allowed to touch plants because a hopefully outdated sexist belief existed that women would damage the plant’s spirit.

Hopi heirloom tobacco plants were the symbol for the tribe and the clan was called Pipngyam or Bif-wungwa.

The plants can grow 24 inches tall with large silvery green leaves and pendulous greenish yellow flowers. The blooms emit a scent similar to jasmine in the evening air. Hopi tobacco is an annual and grows slowly. Areas with longer growing seasons will have the best chance of big plants and season long floral displays.

Smoking for the pleasure of it wasn’t part of the history of Hopi tobacco. That is a modern affectation and habit that developed with European settlers and one many of us can live without. If you choose to grow the plant for its nicotine, you should be warned that it is much higher in Hopi than commercial tobacco. Hopi tobacco has 9 percent nicotine while today’s strains only carry 1 to 3 percent. Incautious use can lead to dizziness, nausea and other ill health effects that might stomp out any desire to make this a habit.

How to Grow Hopi Tobacco

Seeds should be started indoors in most regions. Seeds are sprinkled on the surface of the soil and pressed in but not covered. Germination is variable but generally occurs in 14 to 21 days. When seedlings are 3 inches tall, transplant them to a moderately shady location. Don’t forget to harden off plants by exposing them to longer periods of outdoor conditions over a period of a few days before installing them in the ground. Keep the plants evenly moist but not soggy.

Harvest leaves when they begin to get a golden color on the edges. Hang them where they dry by day but pick up moisture at night for a month. This is the curing process. Roll leaves alternately and twist at the ends. This makes a classic “plug” of tobacco.

To make a pesticide, crush leaves and soak them in water for at least a day. Spray the mixture on your plants and around the vegetable garden. The nicotine will keep moths and many other insect pests away from your prized plants in much the same way today’s smokers alienate many of their fellow humans.