Throw Back Thursdays
By Liz Baessler | May 30, 2019
Printer Friendly Version 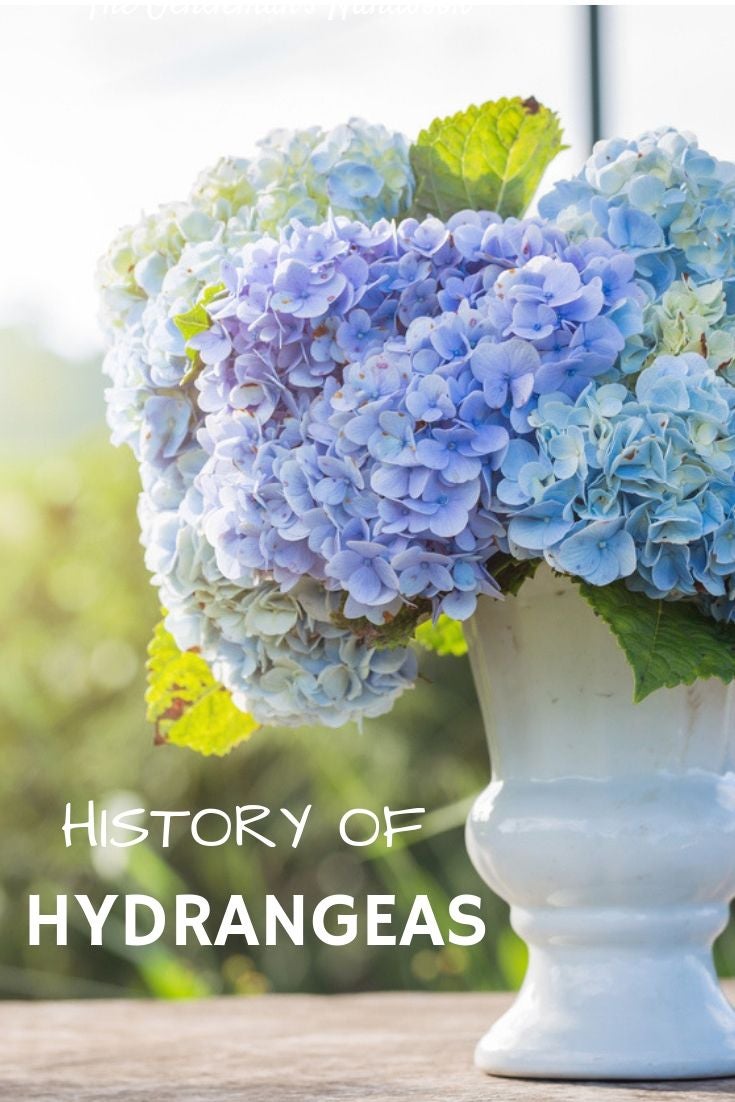 Take a minute to picture the quintessential front garden. Are you doing it? What do you see? If you grew up where I did, chances are good you’re picturing hydrangeas – big round bushes of pink or blue blooms surrounding a front porch. But what’s the story behind hydrangeas? Where do they come from, and why do we love them so much?

Hydrangeas have been around for a long time. The oldest fossils of the plants have been found in the western U.S. and Canada, and dated to 40 to 65 million years old (That’s right around the time the dinosaurs died out). More recent fossils have also been found in Asia, where people first started cultivating the flowers thousands of years ago.

Hydrangeas didn’t make it to Europe until 1736, however, when a man named Peter Collison brought them back from the Pennsylvania colony. It was given the name “hydrangea” for the Greek words “hdyro” (meaning water) and “angeion” (meaning pitcher) because the big flower blooms were thought to look like water pitchers.

Japan was virtually closed off to Europeans at the time, so no Asian varieties made their way to Europe until 1775, when the Swedish naturalist Carl Peter Thunberg managed to get his hands on five plants. Since then, hydrangeas have taken the world by storm, spreading all over as a go-to flower for bouquets, vases, and front yard landscaping.

There are over 70 species of hydrangea, and although several are native to the Americas, the ones that are the most popular in the U.S. and Canada actually hail from Asia. Like a lot of flowers, hydrangeas have deeply rooted meanings, especially when given as gifts.

In Japan, they are said to express gratitude or contrition. In European culture, they came to mean arrogance and frigidity. In modern Western culture, these connotations are all but lost, and hydrangeas are mostly prized for their giant clusters of blooms that change color depending on soil conditions.

So don’t worry about coming off as arrogant, or accidentally apologizing to your neighbors – plant those hydrangeas and soak up their splendor!