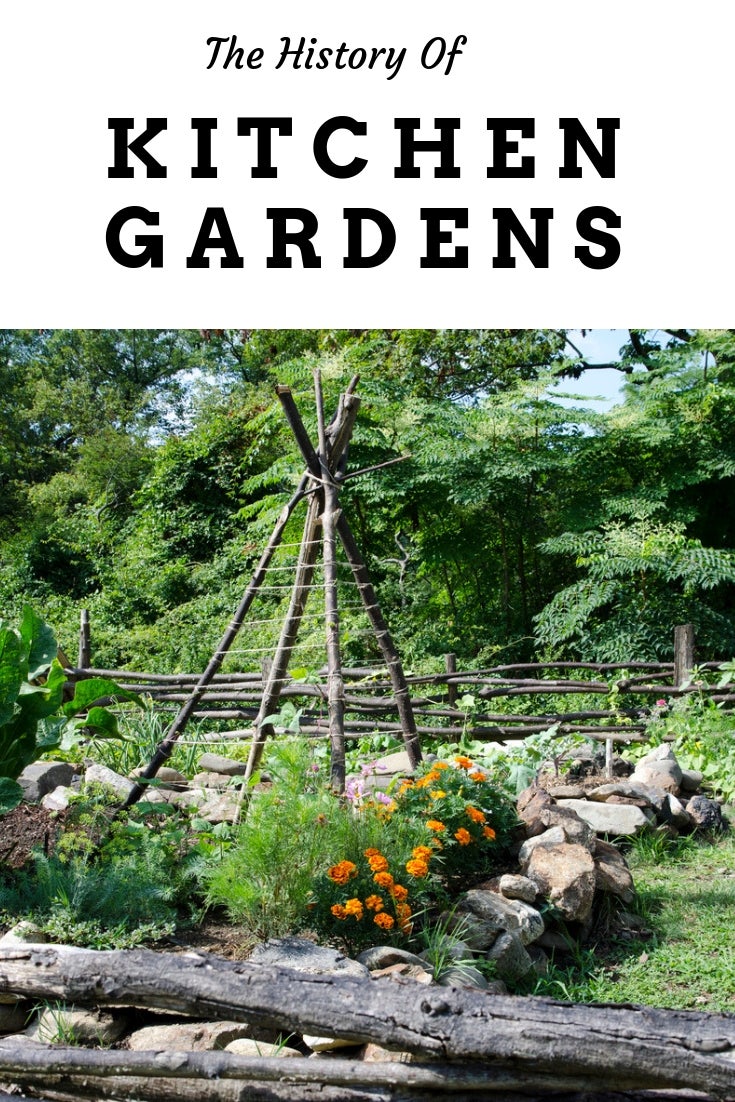 Origin of the Kitchen Garden

Certainly, kitchen gardens existed during the Middle Ages, but it is possible that they arose even earlier since the ancient Romans and Greeks wrote of growing and eating produce as well as numerous herbs. These early kitchen gardens transitioned into English cottage gardens and French potagers.

Settlers arriving to the New World brought with them the seeds and techniques of these predecessors. Land was abundant and rich, and almost anything would grow in it; however, the actual variety of the kitchen garden was often scant. Nonetheless, a kitchen garden was a way to extend the typical diet of meat and grain and infuse a household with treasured recipes from the homeland.

A kitchen garden during colonial times was about an acre in size, often on a much more sizable property. The property was used to grow livestock and the grains to feed the livestock. This meant that men were busy with the work of keeping a farm running, leaving the labor of a kitchen garden to the women and their children.

And work it definitely was. Remember, this is prior to drip lines and proper plumbing. Watering a garden of that size took up significant time and energy, as it had to either be drawn from a well or trudged to the garden from a stream. Not to mention weeding, pest removal, planting, enriching the soil, and, of course, harvesting.

The layout of a typical kitchen garden during the 18th century was comprised of raised rectangular beds bisected by walkways. Crops depended upon the wealth of the household. Many of the vegetables we know today were in evidence then, albeit heirloom varieties, along with some not so familiar produce such as burnet, gooseberry, skirret and purslane. If a property had significant wealth, the garden might include such delicacies as artichokes, cauliflower and celery.

Herbs also played a prominent part in the garden, although at the time they were grown primarily for use medicinally (or perhaps to cover the stench of rancid meat) rather that to flavor food. As grocery stores became more common, cities grew and transportation became faster and easier and, of course, refrigeration was more readily available, so kitchen gardens fell from favor. That is with the exception of wartime Victory Gardens, which were grown not only to cover the shortfalls found at the grocers but also as part of one’s patriotic duty.

Today, there is resurgence in kitchen gardens due to the desire to have nutritious, chemical free sustainable food. With today’s modern conveniences, it doesn’t take a small army and hours of labor to raise a small kitchen garden. And along the way you might even incorporate some scorzonera or smallage (wild celery) just as our colonial foremother’s did.