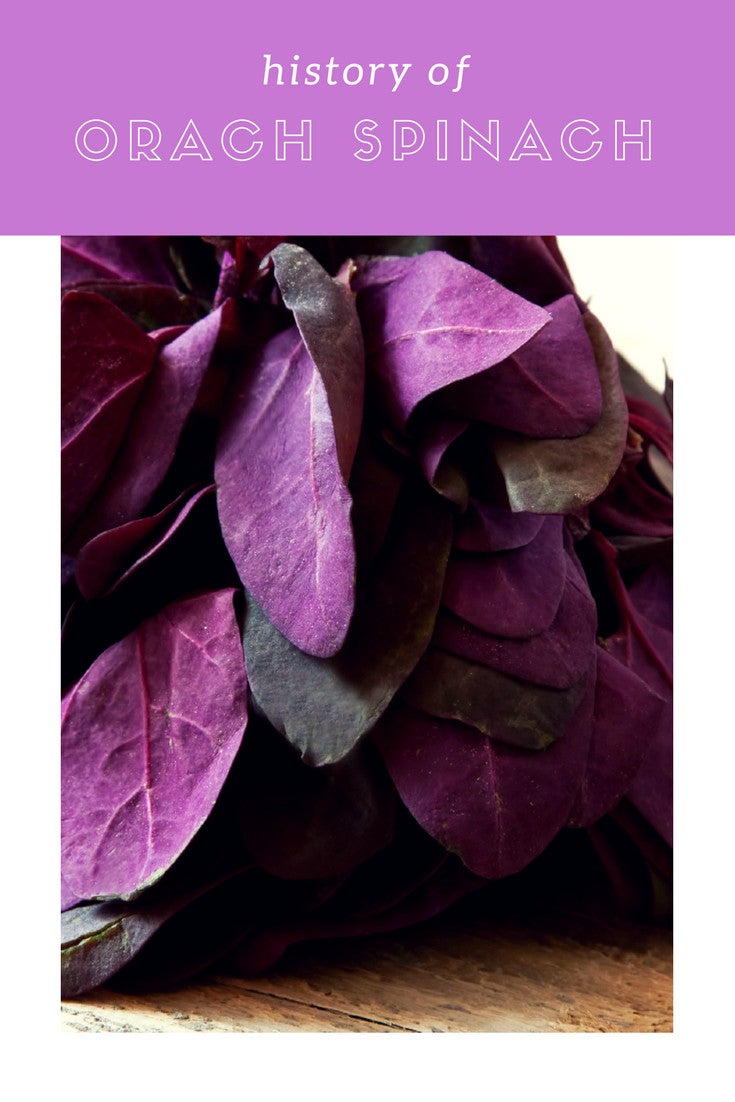 Ever heard of orach before? There’s no shame if you haven’t – it went out of vogue centuries ago. It’s starting to make small comeback, though, as people are getting more excited about its huge array of health benefits. More interesting than its antioxidants, however, is its history that is deeply connected with (and nearly as old as) human civilization.

Orach, also referred to as Orach French Mountain Spinach and Red Orach Spinach, was one of the first edible plants to be cultivated by humans. Thought to have originated anywhere from Siberia to the Fertile Crescent, it was a popular vegetable around the Mediterranean as long as 4,000 years ago. It didn’t take off in Europe until the eleventh century, when Arab traders brought it to Spain. It soon spread from China to the British Isles, but it was not destined for greatness.

Spinach was making the rounds in Eurasia at the same time, and it won out the popularity contest. Both were taken to the Americas, and while Thomas Jefferson is known to have grown orach in his garden, it never really caught on, and spinach became the clear favorite. Orach didn’t disappear completely, of course, but Popeye probably wouldn’t know what to do with it.

Most of its common names, from Red Orach Spinach to Orach Mountain Spinach to French Spinach, suggest that orach is a type of spinach. While the taste is pretty similar, orach and spinach are cousins, rather than siblings, each a member of a different subfamily within the family Amaranthaceae.

The biggest difference between the two is heat tolerance. While spinach is famous for bolting at the first sign of hot weather, orach can be planted just as early in the spring and will grow well into the summer. Another very notable difference is color. Orach comes in a few varieties, and all are striking.

Regular old green is a solid choice, of course, and another white variety is prized for its flavor. The most striking by far, however, is red orach, with vibrant crimson stems and leaves that make it ideal for ornamental gardens.

Sow your seeds directly into the ground 2-3 weeks before the last frost. Plant them 2 inches apart and harvest young plants as a cut and come again crop when they reach 6 inches in height, or thin them at this point to every 6-18 inches to allow the plants to mature and harvest the older leaves to make way for new growth.