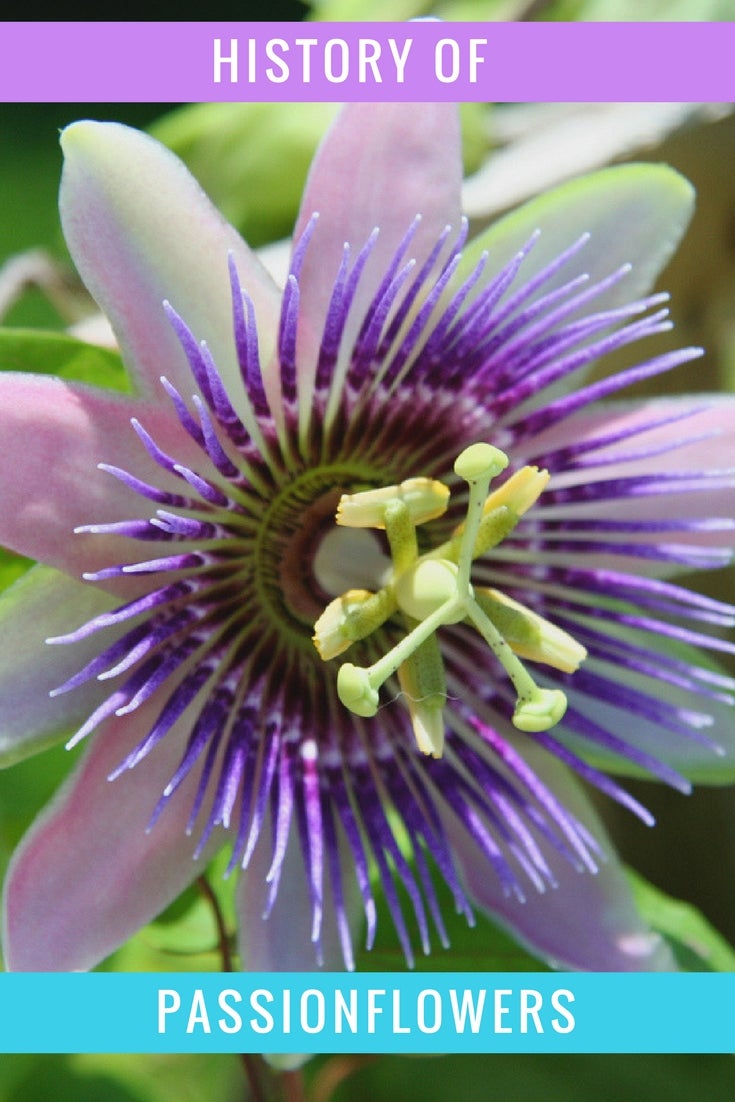 The plant world boasts more than 500 species of passionflower plants, almost always on vines but occasionally as shrubby plants. Either way, this beautiful heirloom plant is certainly rich in both history and legend. Read on to read about passionflowers through time.

Passionflower (Passiflora spp.) is native to South America and the fruit was cultivated by Incas, Aztecs, and other indigenous people for thousands of years. The history of passionflowers tells us that European botanists and Jesuit priests became fascinated with the passionflower vine following the conquest of South America and the Incas. History buffs think the unique bloom reminded botanists of the suffering of Christ on the cross, with the corona symbolizing the crown of thorns, five anthers representing five wounds, and three stigmas representing the nails used in the crucifixion.

Some historians believe the great interest in the passionflower was an indication of the terrible guilt many Europeans experienced following Pizarro’s brutal religious suppression, forced Christianity and resulting carnage of the Incan people. Others think the victors were looking for a sign absolving them of guilt.

Early herbalists used the plant as a remedy for a number of maladies, including epilepsy, insomnia, whooping cough, anxiety, depression, menstrual cramps, and diarrhea. Today, herbal medicine practitioners continue to use passionflower as a mild tranquilizer, pain reliever and digestive aid, although there appears to be no solid scientific proof of its effectiveness.

The plant is still widely recognized as a symbol of the Passion of Christ. It is a favorite of warm climate gardeners who appreciate its ornamental value.