Information On The History Of Peonies

Throw Back Thursdays
By Darcy Larum | May 4, 2017
Printer Friendly Version 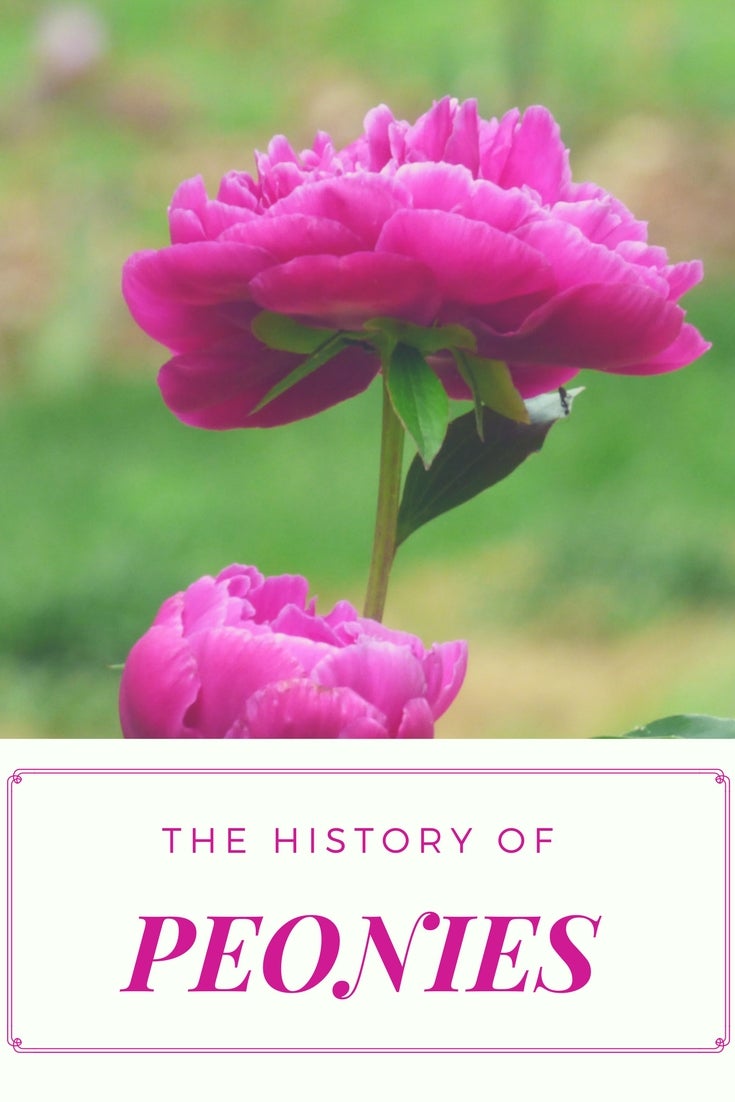 Representing bashfulness in the Victorian era’s language of flowers, peony plant history is full of interesting myths and legends. For example, in the Middle Ages, it was believed that if a woodpecker saw you digging up peony roots, it would peck your eyes out. Today, peonies are a popular choice for wedding bouquets and floral arrangements because they are said to represent good fortune and a happy marriage, but throughout history it has been the peony root that was more valued than the gorgeous flowers.

Native to China and the European coasts of the Mediterranean Sea, peony derived its name from Paeon, the physician to the Greek gods. Paeon was an apprentice to Asclepius, the god of medicine and healing. Paeon discovered a root that could help ease the pain of childbirth. Jealous that all the expectant mothers were going to Paeon for medical help rather than himself, Asclepius vowed to kill Paeon. To save him from the wrath of Asclepius, Zeus turned Paeon into a peony flower.

In a Chinese legend, the peony spirit, Gejin took the form of a human woman because she had fallen in love with a Chinese man. She married this man and they had two children together. However, after a few years he realized his wife and children were not mortal like he was. Rather than facing the wrath of her angry husband, Gejin took her children and fled back to the spirit world. So he could remember his children, she left two tree peonies with blooms bigger than any tree peony before. They were named Gejin’s Purple and Gejin’s White. Today, Gejin’s Purple or Jia Ge Jin Zi, is still one of the most popular varieties of tree peonies cultivated in Luoyang, China, the tree peony capital of the world.

The history of peonies is not only found in legends and myths. Peony roots have been used by herbalist all over Europe and Asia for thousands of years to treat epilepsy, liver problems, migraines, asthma, nervous disorders, poor blood circulation, and to ease menstruation and child birth. The ancient Greeks called peonies Queen of the Herbs, while in ancient China they were called the King of Flowers. Scientists today are studying the healing properties of the alkaloids and glucosides found in peony roots.

These were first bred by Japanese horticulturist Dr. Toichi Itoh in the 1940s. Sadly, Dr. Itoh passed away before he ever saw his creations bloom and because of the Cold War after World War II, the rest of the world almost never knew of this new type of peony. Fortunately, an American horticulturist named Louis Smirnoff followed Itoh’s work and purchased some of the original intersectional peonies from Itoh’s widow. In the 1980s and 90s, many other varieties of peonies from China and Japan became available for purchase around the world.

The state flower of Indiana, peonies are hardy in many zones in the U.S. Whether tree, intersectional or herbaceous, peonies require very little special care. They do not like a lot of nitrogen though and have high potassium needs. While a little winter protection is necessary in cold climates, peonies will not tolerate heavy mulch in early spring.