Learn About The History Of Pomegranates 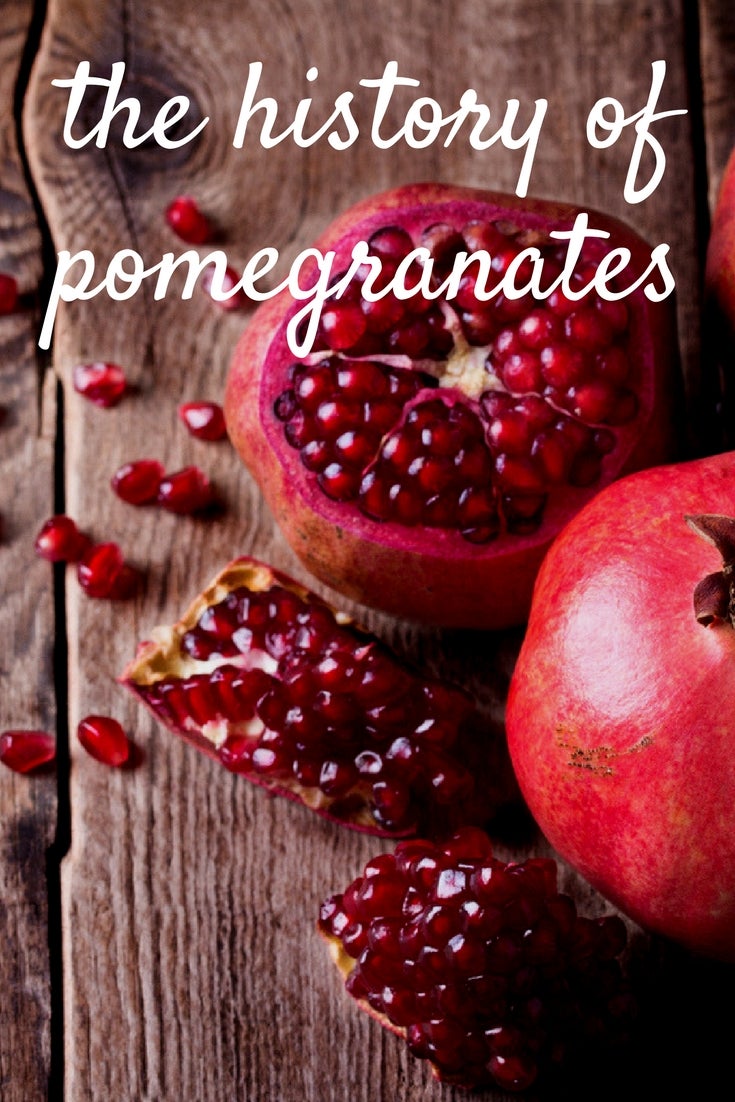 The history of pomegranates starts in the tree’s native range, from current-day Iran to the Himalayas in northern India. The trees were cultivated and the fruit harvested throughout the Mediterranean for centuries. It was even featured in Egyptian mythology and mentioned in the Bible and the Talmud. If you are interested in learning more about pomegranate history or pomegranate tree uses, read on.

Even if you’ve never grown a pomegranate tree, you’ve probably seen or even eaten the unusual fruit. It’s the one with the hundreds of tightly packed seeds, each surrounded by juicy pink pigments. The pomegranate tree (Punica granatum) is small, often topping out at 10 feet (3 m.). It grows many stems and is naturally dense, looking more like a shrub than a tree. However, pomegranates can be trained into trees with a single trunk.

The tree produces vibrant orange blossoms in spring and summer. These develop into fruits, filled with seeds surrounded by edible pigments and leathery white rind. Pomegranate history is long and interesting. The fruit has been cultivated for hundreds of years and carried by desert caravans for its juice. The Latin name, Punica granatum, translates to “seeded apple.”

Historians believe that the history of pomegranates and their domestication of the pomegranate began in Central Asia and Persia 4,000 years ago. Cultivation moved through India, Asia Minor and the Mediterranean coast. Spanish settlers brought pomegranates to North America in the 16th century. In modern times, pomegranates are cultivated throughout India and the drier areas of Asia, Malaya, the East Indies and tropical Africa. The biggest commercial orchards can be found in Egypt, China, Afghanistan, Pakistan, Bangladesh, Iran, Iraq, India, Burma and Saudi Arabia.

The most important pomegranate tree uses involve fruit production. Many enjoy taking clusters of juice sacs from the rind and eating them. In countries like Iran, the juice is more popular than the fruit. Pomegranate juice is a popular beverage. It is widely used for grenadine in mixed drinks.

In the American South, gardeners make pomegranate jelly from the juice. In Saudi Arabia, the juice sacs are frozen for future use. In Asia, it is sometimes made into a thick syrup for use as a sauce. It is also often converted into wine. Pomegranate uses also include the making of spices. In northern India, wild fruits are used to make the spice called “anardana.” They dry the juice sacs in the sun to make the spice.