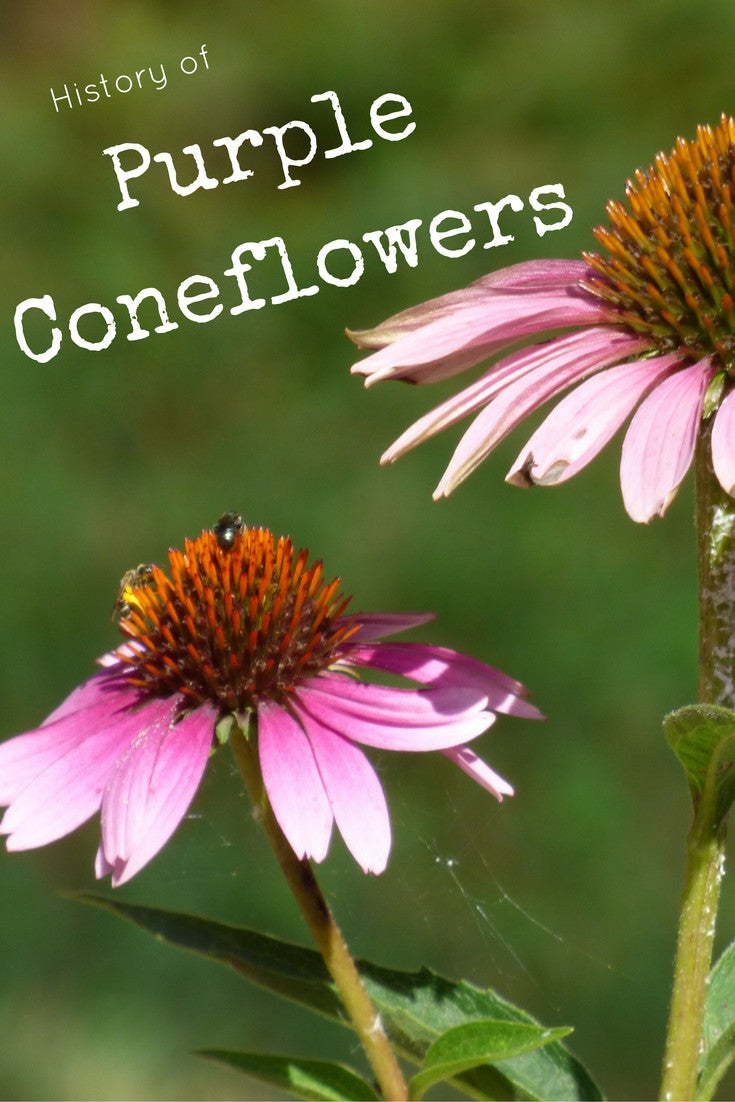 Purple coneflower is a North American native and was discovered in the United States. This native wildflower has wormed its way into the hearts of gardeners everywhere with its stunningly beautiful flowers and herbal benefits. Purple coneflower plants are easy to grow and are now available globally in a variety of hues and cultivars but they started out as just a group of 9 Echinacea species indigenous to the U.S.

Purple coneflower is an apt name for some of the plants in the Echinacea species but not all of them produce purple blooms. The name is representative of Echinacea purpurea, a plant in the Aster family. These plants were victims of the incorrect botanical classing that is only recently being unraveled thanks to DNA testing. Incorrect placement is one of the common heirloom flower facts that affects many species and families. Originally designated in the family Rudbeckia, older literature still lists the plant in that family rather than the correct, Echinacea.

Coneflowers are in the Asteraceae family and produce the characteristic rayed flowers of that group. The genus name, Echinacea, comes from the Greek word ‘chinos,’ meaning hedgehog. This is due to the prickly crown of seeds left behind by spend flowers. The perennial rhizomous plant can get 11 to nearly 60 inches tall.

Flowers are rayed, sterile and purple, with the center disc florets orange. These plants are stars for numerous bees, flies and butterflies as well as hummingbirds.

The history of purple coneflowers starts in the 17th century in a forest in the southeastern United States. John Banister was studying the native flora in Virginia and happened across the lovely blooms. He harvested the seeds and sent them to England in 1699, where the plant became popular in European gardens by the late 1800’s.

More than one kind of “flower power” was occurring in the 1960s as German botanists began to improve upon the species and expand the available cultivars. Echinacea didn’t really take off in popularity until the 1980s and in 1998, it won the Perennial Plant of the Year prize.

Purple coneflower is now a common garden staple thanks to intense breeding programs developed off the theory that Echinacea purpurea can cross with other plants in the genus. This has led to white, yellow and orange flowers that were previously unknown in the group, as well as double flowering varieties. A delightful cultivar is just waiting out there for you to fall in love with and add to your garden.

The history of purple coneflowers indicates that the plant had several medicinal properties. One of the more interesting Echinacea heirloom flower facts claims that it has become popular as an herbal supplement to increase the immune system. It is thought to fight the common cold but there is no evidence to prove this beyond the testimonials of people like me who religiously take the supplement and never get colds.

In addition to its reported immune system benefits, it was used as a general cure by our Native populations for over 400 years. The First Nations people used the roots and either chewed them or made tea to extract the benefits. In the 18th and 19th centuries, European settlers got the plant from the indigenous people and used it to treat then common outbreaks of such diseases as Scarlet Fever, Dipheria and Syphilis.

In Germany, extracted juice from the plant is approved for assisting in tissue regeneration. Echinacea is market as an antiviral and it also seems to stimulate white blood cell formation. Although the FDA has not approved the supplement and its health benefit claims, it is a widely distributed herbal drug that comes in tea or pill form, tincture or extract.

The long history of purple coneflowers being used as a medicinal herb might indicate that there is something there, in spite of the FDA. Some people swear by the supplement and others have no benefit from its use. It is wise to check with your doctor before trying any herbal supplement.