Learn About The History Of Rhododendrons In The Garden

Throw Back Thursdays
By Teo Spengler | May 23, 2019
Printer Friendly Version 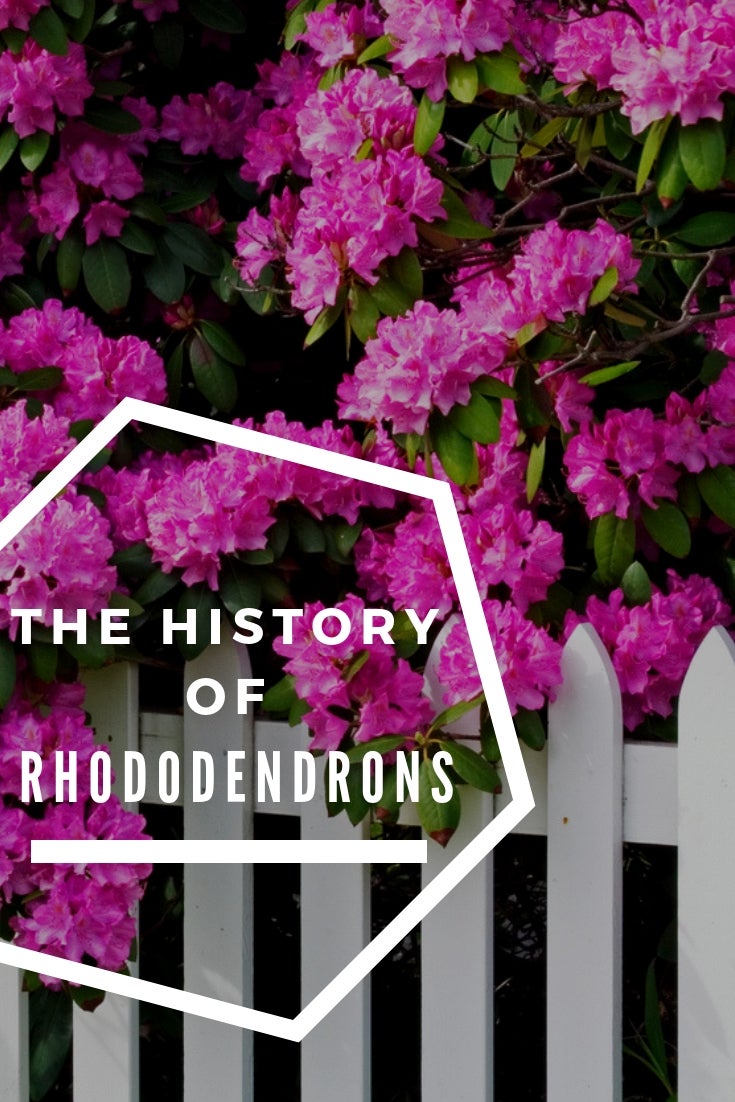 The odds are good that you, or someone on your block, has a rhododendron in the yard with a beautiful crop of showy, fragrant long-lasting flowers. Rhododendron is an enormously popular ornamental in this country, but then again, it has been around a long time and rhododendron history is complex. Read on for a trip into the fascinating history of rhododendrons.

You may think of “rhododendron” as the flowering shrub in your backyard but, in fact, it is a genus that groups together over 1,000 species of plants. Both those plants that gardeners term “rhododendrons” and plants we call “azaleas” are included in the genus. Some traditional rhododendrons are short shrubs, others tall trees; some are deciduous, some evergreen.

At one time in the early history of rhododendrons, these plants grew quite prolifically all across the globe. However, this was interrupted when glaciers extended across the planet and the modern grassland and deserts evolved. Although you can still say that rhododendrons are found growing wild all around the globe, they grow today in isolated pockets. In the years following the Ice Age, the range of the plants was radically reduced. They continued to thrive only where they could find refuge. That included the pan-shaped area from the southern Himalayas east into southwestern China. This area is remarkable in that there are numerous deep valleys clustered together quite closely.

Rhododendrons grow wild in modern times on the slopes of those deep valleys and also in the mountain archipelago bridging mainland Asia and Australia. That includes the islands of Java, Sumatra, Borneo, New Guinea, and the Philippines. All of the rest are scattered in pockets across the northern hemisphere, with some in Japan, some in the United States.

For many, many years, most of the traditional rhododendron species grew in China and stayed in China. The country and the region, especially the interior of China, were closed to foreign travel in general and to Europeans in particular. It wasn’t until the middle of the 19th century that collectors even learned about the rhododendron species in China.

At that point, English, American and French collectors “discovered” Chinese rhododendron plants and began to bring samples back to their native countries. But the center of the country and its rich flora were isolated until after the war between China and the allied powers, Britain, France, Germany and the United States. After the Treaty of 1860, the vast range of rhododendrons in China’s interior were discovered and many new species were brought to the West.

If you are thinking of growing traditional rhododendrons, you’ll need to provide a location with some sun. These plants also require well-drained soil that is constantly moist. Although rhododendrons are not particularly picky plants, they do need more air around their roots than other shrubs. Grow them in soil rich in organic content. It also helps to plant them in raised beds.