Rice Plant Info: What Is The History Of Rice Plants 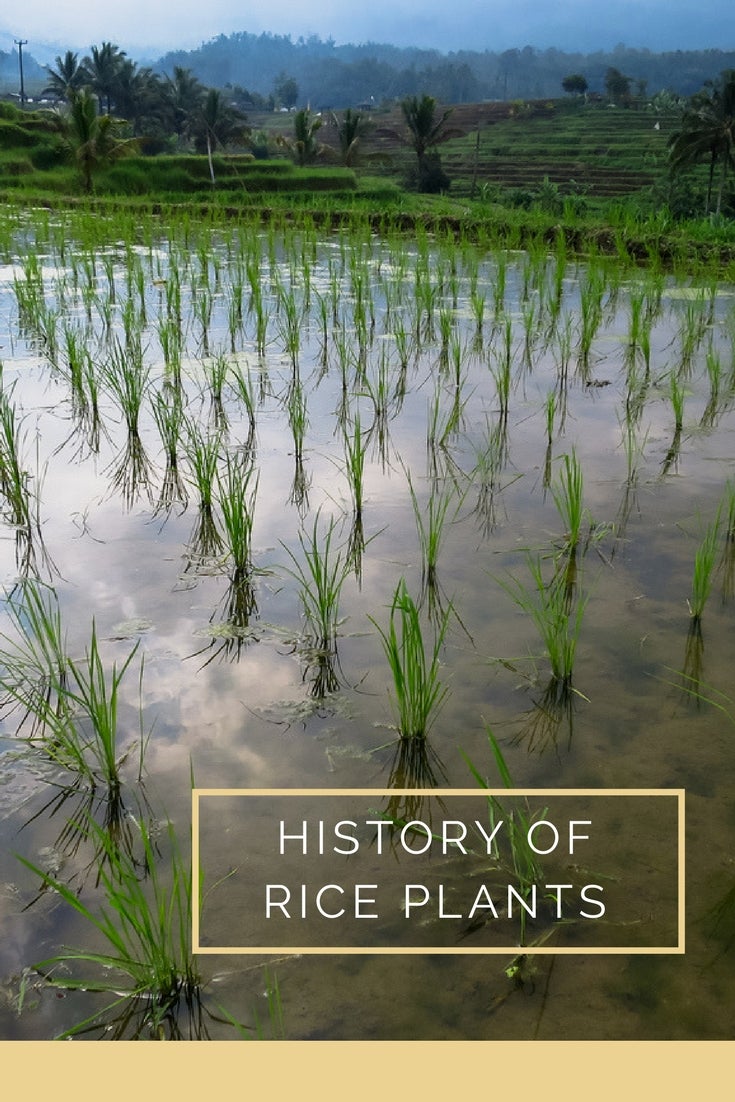 Although no one is sure, the history of rice plants may have started as long as 5,000 years ago. One thing is indisputable. Rice is among the three leading crops of the world, which include corn and wheat. It is the most important food in many countries and is a staple in half the global population. It is really just a grass seed but, when cooked, transforms into a fluffy, nutritious, filling food.

As studies of the history of rice plants progress, archaeologists discovered rice in India which possibly dates to 4,530 BC. Very early records of rice cultivation exist that indicate a strain came from a domestication 8,200 years ago. Our modern rice is the result of hybridization from the wild rice Oryza rufipogon. From this, humans have derived indica and japonica, the main subspecies today. Indica is found in tropical areas while japonica grows in more temperate zones. Rice plant info indicates the upper Huai and middle Yangtze rivers as initial cultivation points.

There are both highland and lowland rice strains. Highland rice is cultivated on irrigated soil while lowland rice is typical of the paddy type cultivation. While rice cultivation history began in China, it rapidly spread to India and Sri Lanka. Soon it was growing in the Mediterranean, Southern Europe and eventually was brought to the New World. Many varieties of rice can grow in desert conditions while others require wetland conditions.

As the history of rice cultivation continued, the uses expanded. Rice can be fermented into a drink, used in desserts, puffed, steamed and roasted. Rice flour and starch are used in many countries. It is an integral part of many cultures common recipes and is also featured in ceremonial uses. In many of those countries, rice availability means food security and is closely allied with political stability. Low rice production has led to civil unrest in areas that rely upon this staple. Rice production needs have increased over the years. Rice plant info estimates that for every 1 billion people, 100 tons of rice need to be produced annually. Medieval Islamic texts also indicated several medicinal uses for rice.

The rice plant is in the grass family, Poaceae. It is generally considered an annual but in some regions can be grown perennially. Plants grow 3.3 to 5.9 feet (1 to 1.8 m.) tall. Leaves are slender and the arched inflorescence is green turning to tan when ripe. The flowers are wind pollinated and develop into the seeds, which are the edible part of the plant. Seeds may be white, brown, red, or black with many subtle variations.

While the majority of rice production comes from Asia, many countries have successful cultivation. In Africa it has been cultivated for 3,500 years and helped derail the 1203 famine. Today, rice is grown in Australia, all the Americas, Europe, across Asia, the Middle East, the Caribbean, and temperate Europe. China leads production with India close behind. New methods of growing and harvesting rice are underway in an effort to minimize global environmental impact. Rice uses 1/3 of the earth’s fresh water and causes 11% of human caused methane admissions.

No matter where in the world you live, rice is probably featured on the menu. This important economic and sustenance crop feeds billions of people across the globe. Its importance cannot be diminished and its history stretches throughout the world.