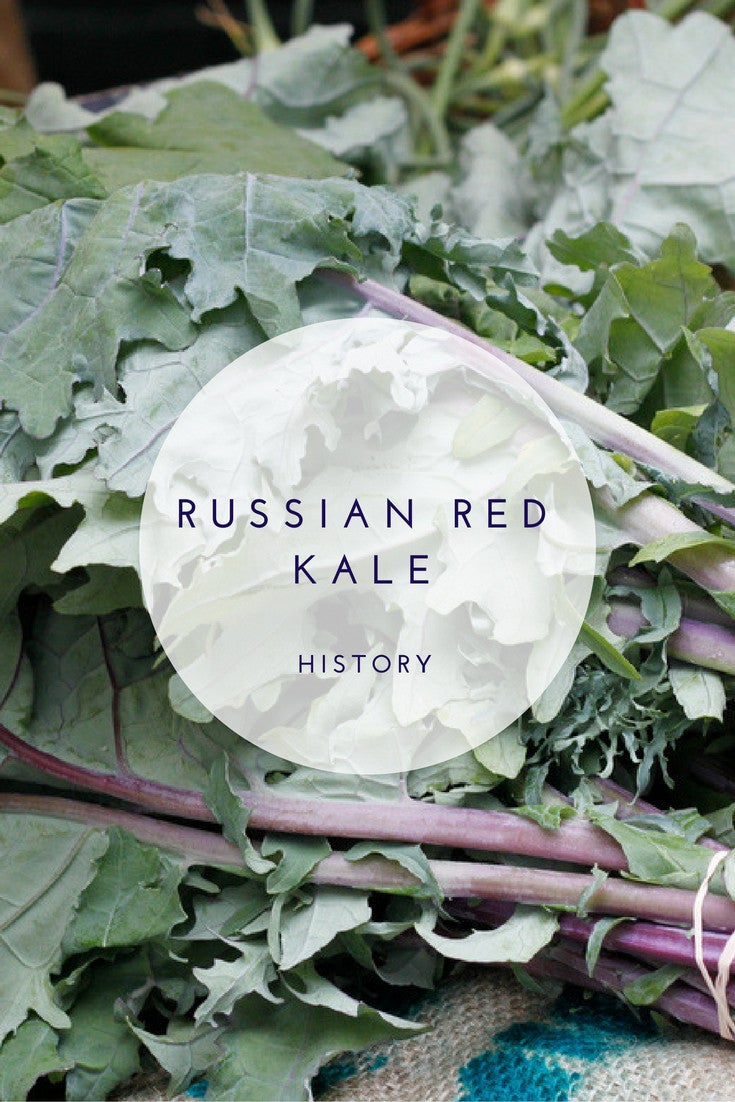 Russian Red kale is one of the heirloom kale varieties dating from before 1885. Also known as Ragged Jack kale, Russian Red has silvery-green to blue-green leaves that are thick and chewy. They do not have the crinkles or Tuscan kale or the frills of curly kales. They look somewhat like an oak leaf with lobes that almost reach the stem.

With Ragged Jack kale plants, you only eat the leaves. They will be juicy but not tender, even when they are very young. If you are growing Russian Red kale, you will find that the stems are too thick and fibrous to consume.

Heirloom kale is the term used to refer to varieties handed down from one generation to the next. Heirloom kale varieties often came to this county with immigrants who brought the seeds of their favorite garden vegetables with them.

As you may have guessed from the name, Russian Red kale came from northern Europe and Asia. Some seeds have been traced to Russian traders coming to North America in the 1880s, and farmers refer to Red Russian kale as “Communist Kale.”

Russian Red kale, like other varieties of heirloom kale, grows from and produces viable seeds. There are many kinds of kale and the varieties can look very different. However, the taste differences are subtle and the kales can generally be interchanged for each other without dramatically changing the taste of a recipe. Varieties that are very similar to Russian Red kale in taste and texture include:

Russian Red kale is easy to grow and matures fast. You can plant this kale, like all others, outside just before the last frost in spring. The plant prefers a sunny location and can grow to 36 inches high.

Curiously, the color of the leaves of this kale change depending on the air temperature. As the weather grows cold, as it does in early spring, the parts of the kale leaves nearest the veins turn a bright magenta. In warmer weather, the entire leaf is more green or gray. No matter the color of the leaves in the garden, the kale leaves are green after they are cooked.