The History Of Scorpion Pepper Plants 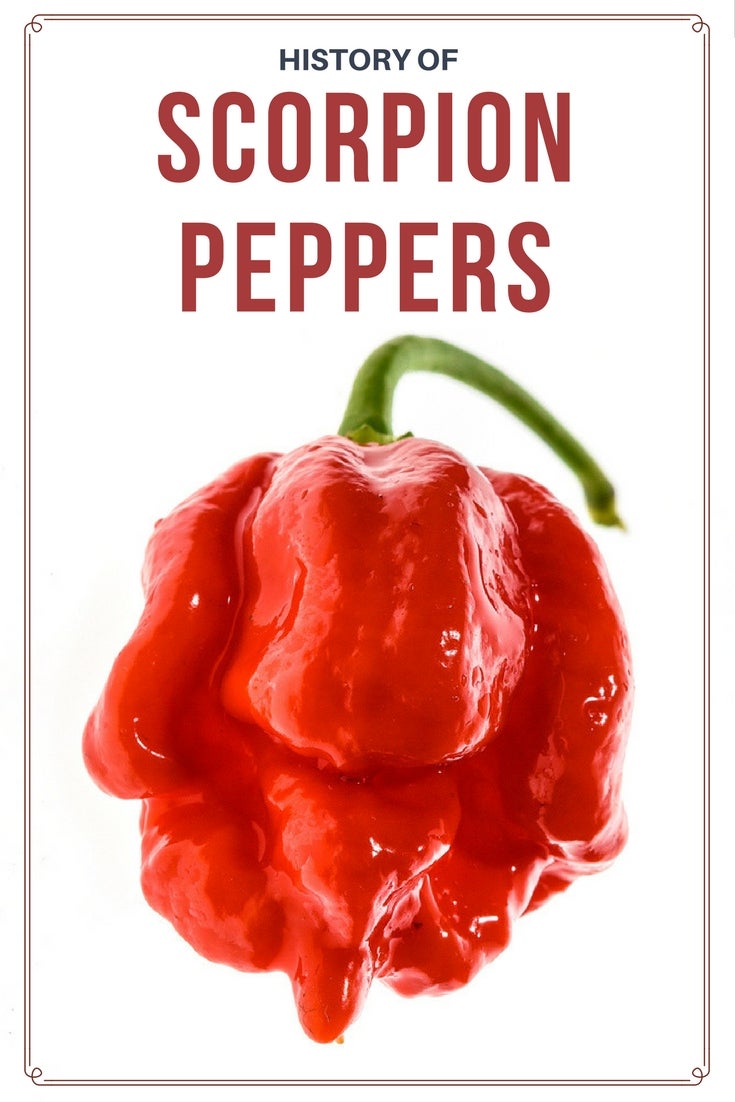 If you like food that is spiced so hot your eyes water, ears sweat and tongue is on fire, the Scorpion pepper is for you. The heat is measured in Scoville heat units. Each fruit from this plant has 1.2 million SHU, which translates to a pepper that is more than 230 times hotter than a jalapeno. The common name warns eaters of the sting from the fruits but that doesn’t stop thrill seekers and denizens of its native Trinidad.

What are Scorpion Peppers?

The history of the Scorpion pepper begins in Tobago and Trinidad in the district Moruga. Often called the Moruga Scorpion, the species is Capsicum chinense. The Scorpion pepper was developed by Wahid Ogeer and has been studied by the University of the West Indies since the 1990s. The plants thrive in hot weather and the heat amps up when the plant is stressed by drought and hot temperatures. Some growers swear by giving the plants worm castings, believing the levels of heat will intensify.

The peppers are deeply red, wrinkled little lantern-like fruits, although there is a brown Scorpion with chocolate-purple skin. Scorpion peppers don’t seem too bad at the first bite, but the heat builds exponentially the longer it is on the palate. There is a sweet-hot flavor that works well in many Western Indies dishes. It is the sweet notes that are most disarming initially. As they are cooked or masticated, they release the capsaicin, the component in peppers that provide the heat. Caution is advised when working with the peppers. The capsaicin level is so high it can actually burn skin and may affect the mucous membranes.

Scorpion peppers are recently being cultivated in the United States where they are most commonly made into hot sauces. Growing Scorpion peppers isn’t much different from any pepper, but to achieve the high level of spice, a very hot climate is required or greenhouse cultivation in cooler regions.

The plants are perennials except in areas where cold fall temperatures kill the plant. In native ranges, the plant’s growth slows in cool seasons. Plants grow from seed readily but need 90 days from sowing to maturity. In cooler climates, seeds will need to be started indoors at least 6 weeks before the date of the last frost.

Keep plants moderately moist but reduce watering as they begin to fruit. The heat giving capsaicin will increase until you have peppers hot enough to cry over.