Learn About The History Of Sikkim Cucumbers 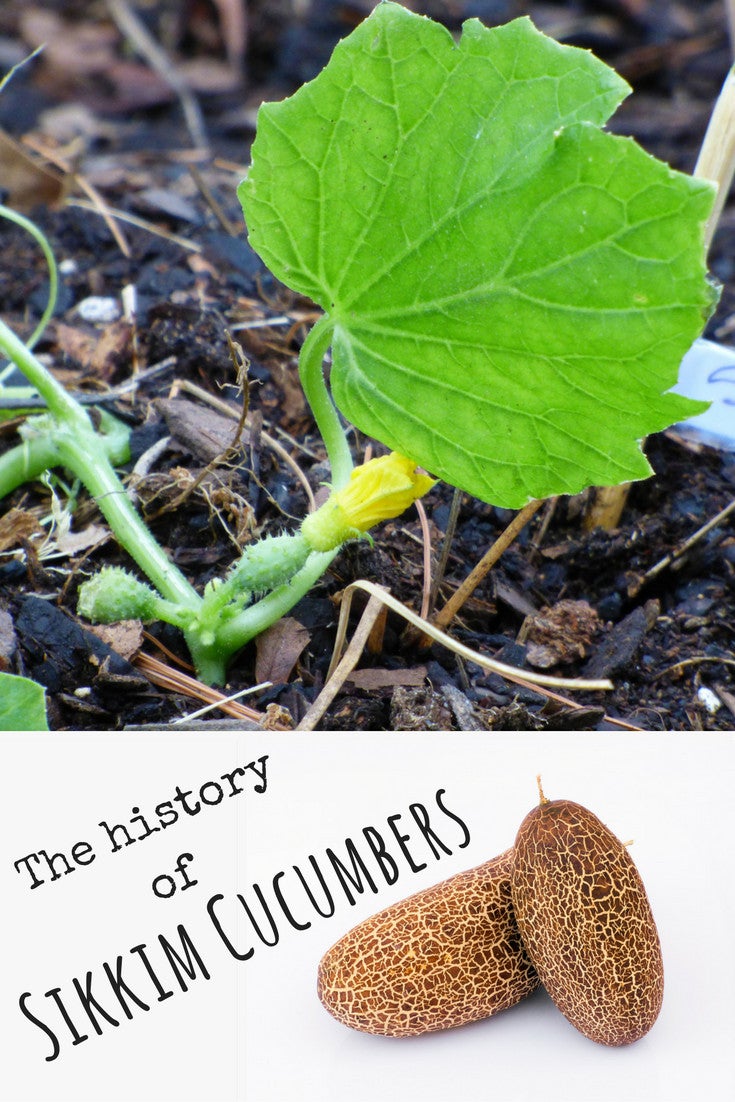 Sikkim cucumber is one of the more interesting heirloom cucumber varieties. This odd-looking, chubby cucumber displays a webbed skin much like a cantaloupe; and instead of the typical deep green, Sikkim is rusty, orange-red in color. A single cucumber can weigh several pounds. The flavor is basically like a cucumber, but a little sweeter. If this tidbit has piqued your curiosity, read on for more Sikkim cucumber info.

Sikkim cucumbers were discovered by Sir Joseph Dalton Hooker, a close friend of Charles Darwin and one of the greatest explorers and botanists of his time. Dr. Hooker discovered the weird-looking cucumbers in the Himalayas in 1848 during a three-year expedition to that area. He was the first European to collect plants in the rugged mountain region, and was apparently very committed to his work, having traveled a route that took him from England to the Nile and to Calcutta, Darjeeling, Tibet and Sikkim via ship, elephant and pony.

Dr. Hooker commented that the cucumbers were abundant by the thousands, and that every man, woman and child “seemed engaged throughout the day in devouring them.” The cucumbers are still popular in that area.

Plant Sikkim cucumbers – either seedlings or seeds – in the garden after all danger of frost has passed in spring. Sikkim cucumbers thrive in full sunlight and well-drained soil that has been amended with well-rotted manure, compost, or other organic material.

Provide plenty of water and fertilizer throughout the growing season, but avoid heavy nitrogen, which may create lush vines at the expense of cucumbers. A layer of mulch will help keep the soil evenly moist, and a sturdy trellis will support the growing vines. To promote full, bushy growth, pinch the tips of the seedlings when the plants have six or seven leaves.

Harvest Sikkim cucumbers as soon they ripen; they may become tough and woody if you leave them on the vine too long.