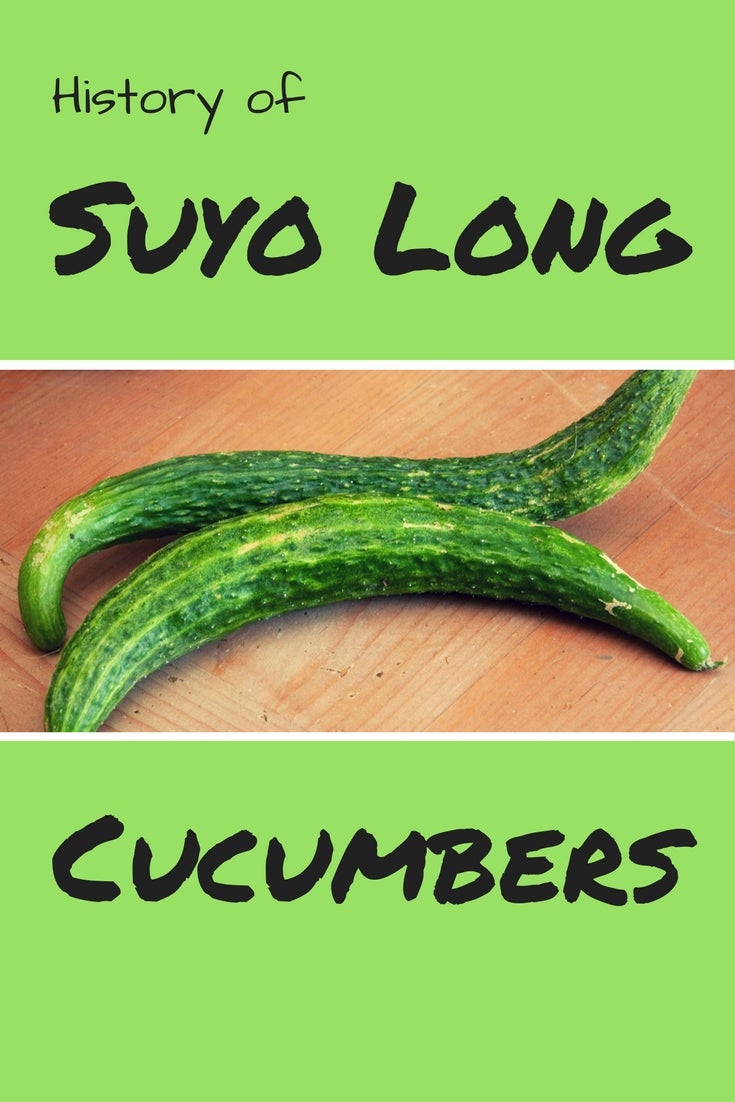 I was the lucky beneficiary of some spectacular cucumber plants this year. My neighbor has a friend that has a greenhouse and loves to experiment with heirloom crops. She had a surplus of heirloom cucumber plants, so my neighbor brought some over. Wow!

The heirloom cucumber plants were suyo long and they were superb in every way. My neighbor didn’t have much suyo long information, so I searched for it on the internet. There isn’t all that much suyo long history per se, but that isn’t to say that this heirloom is a rarity. Indeed, there are many purveyors offering suyo cucumber seeds.

What I did find out is that suyo long cucumbers (Cucumis sativus) are Chinese heirlooms that are sweet flavored, long (up to 16 inches in length!), burpless varieties of cucumber. This turned out to be true. My cucumbers grew to over a foot in length with very few small seeds. Young fruit was spiny but as it matured became smooth. The resulting fruit was sweet, crisp, yet tender.

My plants produced for weeks with no disease, specifically powdery mildew, which seems to get me every time. We also had an unseasonably hot summer, but these heirlooms sailed right through it.

We ate the fruit fresh, but this varietal also makes excellent bread and butter pickles. The skin wasn’t thick, so I left it on and either added the fruit to salads or made a quick Asian pickle out them – Slice the cucumber thinly and, in a bowl, cover with rice vinegar, crushed red peppers, kosher salt and a little sugar. Let that marinate for a few hours and then serve it over grilled fish. Delicious!

How to Grow Suyo Long Cucumbers

I’m sure I’ve piqued your interest by now and you want to know how to grow your own suyo long cucumbers. You can direct seed after all chance of frost has passed for your area or you can start the plants inside 3-6 weeks prior to the last frost date.

Cucumbers are heavy feeders, so add some well-aged compost to the soil prior to planting. To direct seed, plant 2-3 seeds in groups ½ to 1 inch deep in a hill. When the seeds germinate, thin them out and leave the healthiest seedling in the hill. Plants should be spaced 12-18 inches apart.

Although suyo longs seem to be impervious to fungal disease, water them at the base anyway. As I said, we were unseasonably hot, so I had to water pretty much every day.

You can grow them in garden rows, or on trellises, as I did. We have a small veggie garden, so everything that can grow up we encourage to do so. Vertical growing also keeps the slugs, snails and other critters from devouring the fruit before we get to harvest it.

I saved seeds from my suyo longs this year and plan on growing them again. I have never had such a delicious cucumber and encourage you to try growing them too.