Learn About The History Of The Gardenesque Style 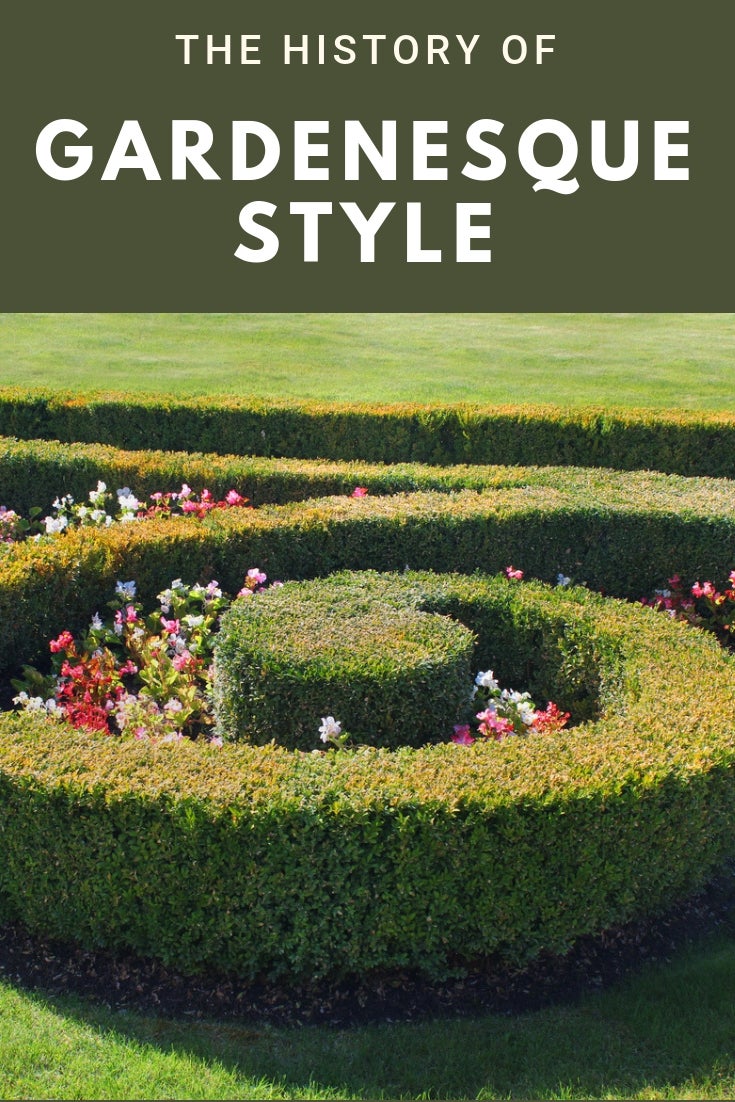 In the late 18th and early 19th century, gardening purely for ornamental purposes became popular and landscape architecture or design styles were born. Before this point, only royalty or the extremely wealthy used traditional landscaping to accent their properties. Before the late 18th century, the average family still relied heavily on the herbs and edible plants that they grew in their small gardens. The primary function of the average home garden was to provide food. Wealthy landowners, however, had the space and money to install garden beds that were purely ornamental. Unique ornamental plant specimens were rare and pricey, making a lush, ornamental landscape a sign of stature for those who could afford them.

As import and trade relations improved, unique specimen plants became more affordable and easier to get. Advances in food production also took some importance off growing fruits, vegetables and herbs in the home garden. Many homeowners began to replace functional edible gardens, with purely ornamental gardens, craving the stature and appeal of the gardens of the wealthy.

History of the Gardenesque Style

In the early 19th century, Scottish botanist John Claudius Loudon introduced a new style of garden design that he called the Gardenesque style. This new garden style incorporated both formal and picturesque garden design techniques. Annual and perennial bedding plants were laid out in colorful, naturalistic curving swaths similar to picturesque design, while exotic, specimen trees and shrubs were perfectly placed in locations to make them stand out from the naturalistic landscape around them. These specimen plants were left to grow into their own unique natural forms, as in picturesque design, or they were shaped and trimmed into formal topiaries or arbors. Gardenesque style celebrated both the natural and formal use of plants.

Louden believed that the picturesque garden style was too easy to mistake for wild nature. He advocated that a garden’s design should be viewed as a thought and feeling evoking works of art. Architect, writer and gardenesque design advocate John Arthur Hughes described the this style as “distinguished by the trees and shrubs, whether in masses or in groups, being planted and thinned in such a manner as to never touch each other, so that each viewed near each tree or shrub would be seen distinctly, while from a distance they show a high degree of beauty. Grace rather than grandeur is its characteristic.”

While the picturesque style promoted native plants, exotic plant species were all the rage in Victorian gardenesque. Because many of these fashionable plants were palms or other rare, expensive tropicals, glass conservatories and greenhouses became a popular part of gardenesque design. Gardenesque designs also frequently contained elaborate wrought iron garden furniture and décor, meandering curved paths through swales of plants and circular or geometrical shaped flower beds. Bedding plants were also laid out in blocks or patterns to give the landscape a tapestry-like look. Elaborate fountains were also common, as they were in formal designs; however, in gardenesque style, they were usually placed in naturalistic groupings of perennials, rather than circled by formally trimmed plants.

In the Victorian era, when unique curiosities were all the rage and flowers were given specific meanings, the gardenesque design became hugely popular in America and England because it allowed gardeners to incorporate exotic rare specimen plants or garden features and meaningful flowers. Today, elements of gardenesque garden design are still incorporated into landscapes. Oftentimes, specimen plants are accentuated by colorful bedding plants. However, today the plants which were once considered exotic and rare, such as rhododendron and camellia, are much more common.