History Of The Trellis – Where Do Trellises Come From 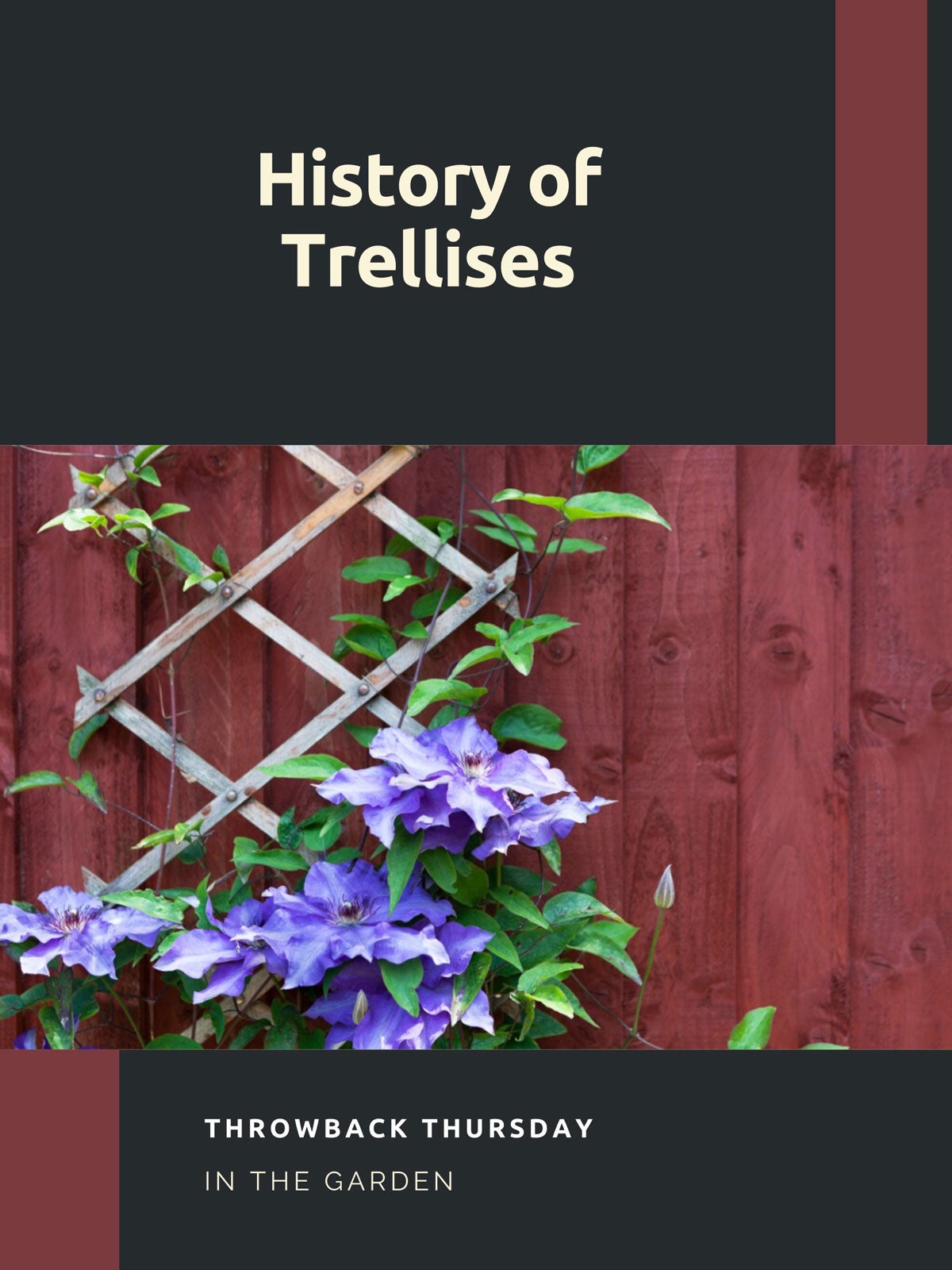 Where Do Trellises Come From?

Nobody knows for sure who invented the first trellis, but we know they were used by ancient civilizations to support grapevines and climbing roses, and that ornate, carved trellises were a distinctive feature of gardens as early as the 14th and 15th centuries.

Some historians think trellises were probably used in the Garden of Eden, but of course, we have no way of knowing that for certain. However, thanks to early Roman and Greek wall paintings, we know for sure they were a feature in Mediterranean gardens.

King Louis XIV hired an architect to build an elaborate trellis for his French garden. Word got around about the King’s magnificent trellises, and it wasn’t long before the idea spread to palaces throughout Europe.

The trellis was no longer limited strictly to functionality but became a specialized art form in elegant European gardens.

History of the Trellis in North America

By the early 19th century, trellises were widely used in the garden, but also indoors where they provided an airy, light effect. The approach was daring for the time and not always appreciated. However, the trellis as an art form, often designed by well-known artists and architects, continued to grow in popularity despite the critics and naysayers.

Today, the trellis ranges from simple, functional structures that help support climbing plants and keep vines above the ground to elaborate structures constructed of wood, plastic, metal, or bamboo.

Indoors, we use trellises a variety of ways too, such as support for pictures, hats, coats, jewelry, or to hold pots and pans and expand storage space in the kitchen.