History Of Yarrow – Learn About Yarrow Uses Throughout History 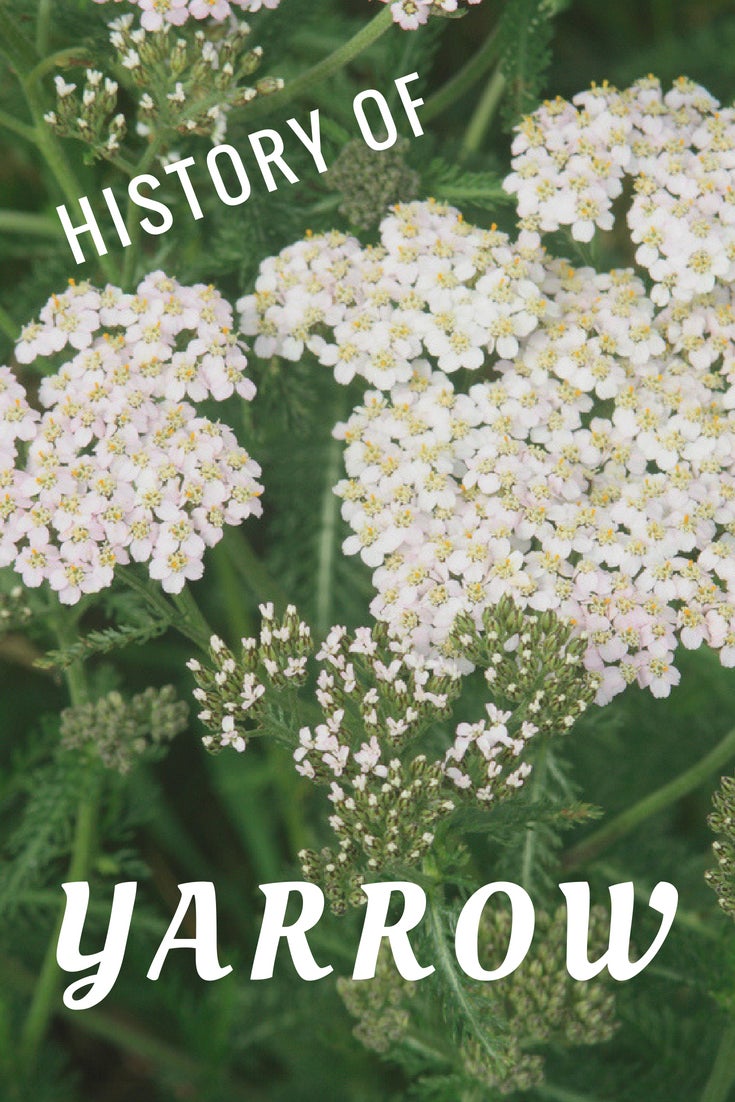 Every year, prior to the onset of summer, I review our first aid kit with a checklist in hand to make sure it is well-stocked. Acetaminophen and ibuprofen – check. Antibiotic ointment – check. Adhesive bandages – check. Sterile gauze pads – check. Yarrow – check. Wait. Yarrow? Did she just say yarrow? Why, yes! I did.

Common yarrow, a member of the Asteraceae (Daisy) family, is rated for USDA plant hardiness zones 3-9 and features rounded clusters of white or pinkish flat-topped flowers. Each dainty flower in the cluster is 3-5 mm. in diameter. The leaves of this perennial are described as finely dissected and are 1-6 inches (2.5 to 15 cm.) long and up to an inch wide. A single yarrow plant can grow up to 36 inches (91 cm.) high.

While yarrow today is regarded more as an ornamental or maybe even an insect-repelling plant, it is, indeed, a first aid plant and has been for centuries. The history of yarrow reveals that this plant possesses medicinal properties as a hemostatic (blood coagulation), analgesic (pain reliever) and antiseptic. Read on to learn more about common yarrow uses.

Greek Trojan War hero, Achilles, may be best known for his weakness (his heels), when really, he should be most renowned for his use of yarrow, which he applied topically to his troops’ wounds during the siege of Troy. Achilles medicinal knowledge of yarrow actually came from his mentor, the mythological centaur Chiron. Achilles does get a nod to his role in yarrow’s history via the plant’s botanical name (Achillea millefolium or Achilles’ Thousand-Leaved plant). And, due to the application of yarrow on the battlefields, it was commonly referred to as Herba Militaris (the military herb) in classical times. While Achilles has been credited largely for yarrow’s discovery and use, some evidence suggests that its use pre-dated Achilles and was possibly a part of Neanderthal culture.

Most sources support the belief that the early colonists introduced yarrow into North America while others ascribe to the notion that it is a plant native to Native America, given how the plant’s use was so deeply embedded in native American culture. The Native Americans embraced the medicinal properties of yarrow and used it to remedy a large number of external and internal ailments including wounds, burns, toothaches, arthritis, digestion and sore throats, just to name a few yarrow uses.

Given its reputation as an effective blood coagulant and astringent, you would be surprised to know that yarrow can actually elicit a nosebleed if a fresh leaf is inserted in the nostril and twisted. Who would deliberately cause a nosebleed, you ask? Well, the young and lovelorn, for one. In the book A Modern Herbal, authored by Briton Mrs. M. Grieve in 1931, girls were taught (or misled”¦ahem) that they could determine if their suitor’s love be true if their nose bled upon inserting yarrow while reciting a prepared rhyme. Nosebleeds were also induced by those who believed they cured headaches. A trade-off of one problem for another, if you will”¦

I’m sure that after reading about the history of yarrow, many of you are wondering how to use yarrow in a medical application. Fresh leaves can be chewed into a paste and used as a simple poultice on wounds. Leaves can also be dried and pulverized into a powder that can be used on bleeding wounds. Yarrow can also be brewed into a tea – those who suffer from menstrual discomfort, for example, may wish to try the tea. Some people even infuse yarrow into an herbal oil.

Yarrow is very easy to grow and, if this yarrow plant history is any indication, would be a valuable addition to the flora in your backyard because it is first aid within reach and in a pinch!