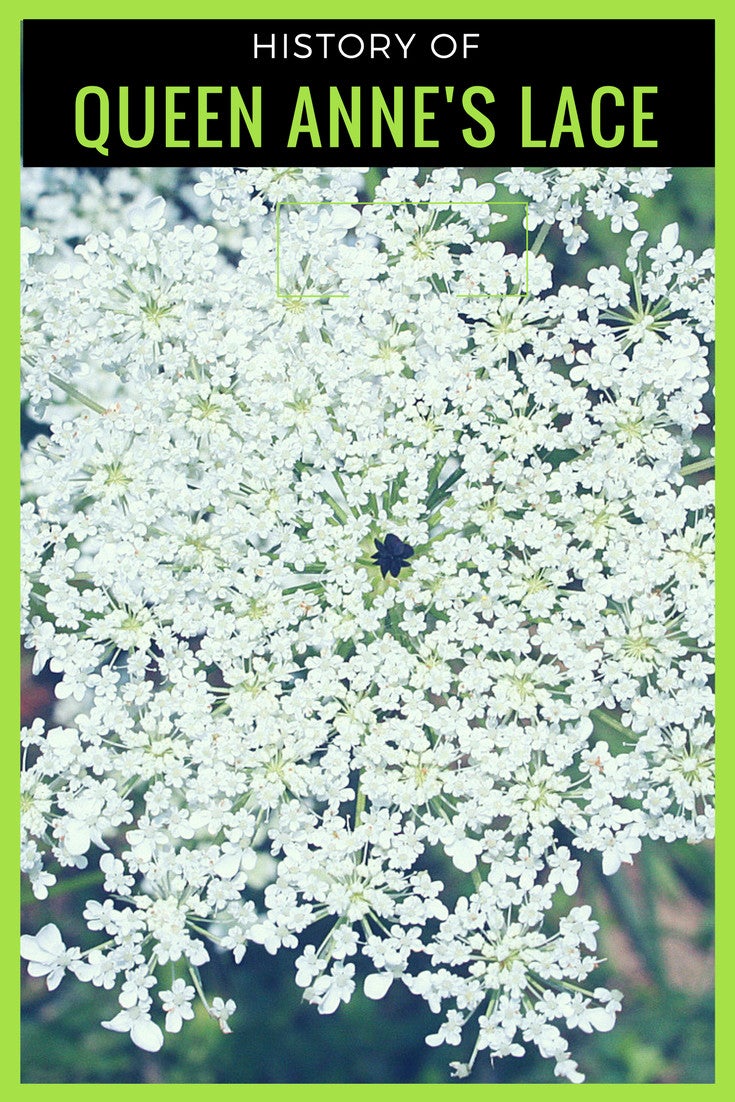 Some people see Queen Anne’s lace as a weed. Some see it as a flower. Either way, it’s a very cool example of cross pollination. Queen Anne’s lace (Daucus carota) is native to Eurasia, but today it grows wild over virtually all of North America. And boy does it grow – pick a randomly selected ditch, overgrown field, or patch of disturbed soil, and chances are good that you’ll find it. Let’s learn more about the history behind Queen Anne’s lace plant.

Do these plants cover so much space due to their spreading capabilities? Well, that’s partly the case. Its fruits have little barbs on them that latch easily onto the fur of passing animals, meaning its seeds can be carried far and effectively. Much more interesting, though, is how it can produce its own seeds in other plants.

The plant is said to have obtained its common name from a legend that tells of Queen Anne of England pricking her finger with a drop of blood subsequently landing on the white lace (similar looking to the flower) in which she was sewing.

Queen Anne’s lace is also frequently called wild carrot, and it is just that. Today’s carrots, one of our most familiar vegetables, were derived from it years ago. In fact, the two are still closely enough related that they can cross pollinate. If the flower of a carrot gets mixed up with the flower of a Queen Anne’s lace plant, the seeds that carrot produces are likely going to grow Queen Anne’s lace instead! It’s thought that the reason this weed spreads so well is because it recruits unsuspecting carrots to do its dark bidding.

In fact I, just this summer, got a gift certificate from a company I’d bought carrot seeds from. The gift certificate explained that the seeds I’d bought might not have been true to type and I deserved my money back. Sure enough, what I’d hoped would be a carrot patch in my garden grew up into a little thicket of Queen Anne’s lace!

While it’s listed in some states as an invasive species, some people love growing Queen Anne’s lace plant for its delicate white flowers. Its flowers do make a nice addition to bouquets, but be careful when handling it – if the stems get wet, they can irritate the skin.