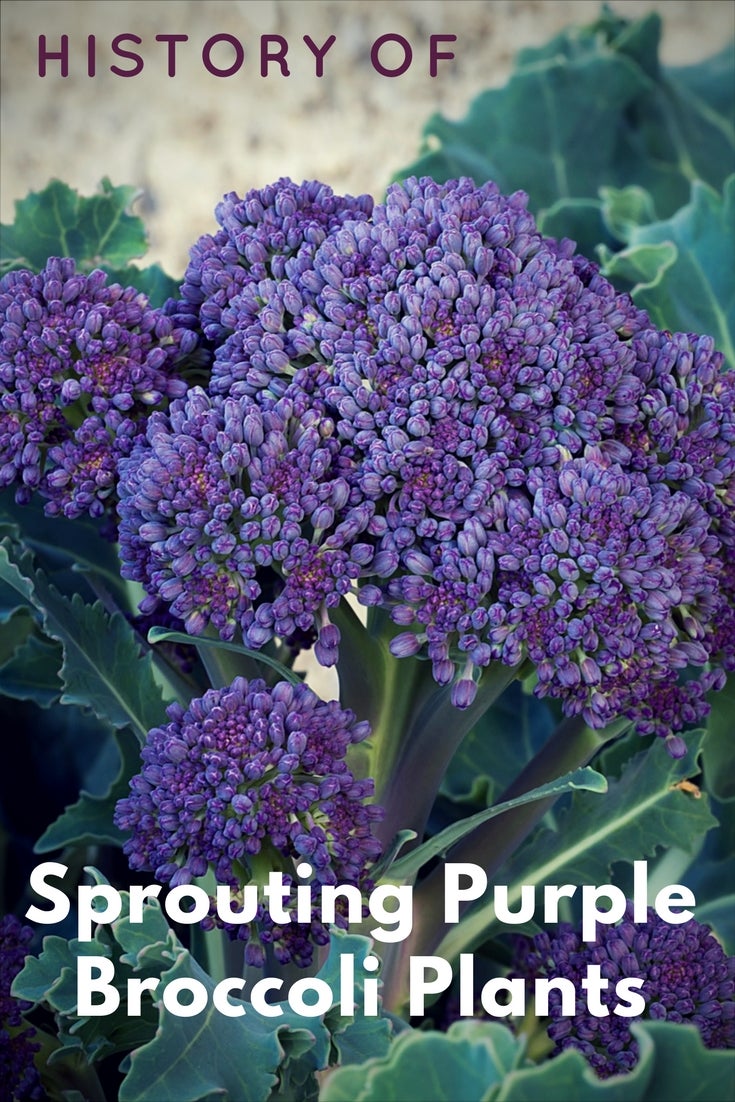 The broccoli we commonly eat in the United States is called Calabrese, and it matures rapidly over a longer season. Depending upon who you ask, Calabrese is not actually broccoli. Some purists tout sprouting varieties as the only true broccoli. One of the most popular is the early sprouting purple broccoli plant.

Early purple broccoli (Brassica oleracea var. italica) is an heirloom varietal that is popular in Italy and England. This beauty is extremely cold hardy, down to 15 degree F. (-9 C.). Unlike Calabrese, which is big, green and chunky, purple sprouting broccoli plants have small purple florets that are harvested individually.

Broccoli was brought from the Eastern Mediterranean to Italy and was then introduced to France by Catherine de Medici upon her marriage to Henry II in 1533. It then made its way into Great Britain where it was referred to as “Italian asparagus” by the curator of the Apothecaries garden at Chelsea.

Early purple sprouting broccoli is a large plant, about 5 feet in height, with vibrant green stalks sporting effervescent purple florets. The stalks, leaves and heads are all edible. Leaves are reminiscent of mustard, while the stalks have a bit of an asparagus flavor. Early purple sprouting broccoli has a more intense flavor than Calabrese broccoli with a slight bitter edge that the kids might not take to unless you’re a parent that eschews chicken fingers and carrot sticks.

Early sprouting purple broccoli does best in USDA zones 6-9, and you should begin planting it in late summer to early fall. The plant needs a period of cold to produce the delicious florets that will begin to appear in the early spring. In areas without frost, you will likely end up with a big leafy behemoth with few, if any, sprouts.

Prior to planting, work in plenty of compost or other organic matter. Space plants 15 inches apart and mulch around them to retain moisture. If the ground freezes or freezing temperatures persist throughout the day, cover the plants with a cold frame or row cover and mulch around the plants.

The plants will be ready to harvest in about 200 days for up to 8 weeks.