Throw Back Thursdays
By Bonnie Grant | May 18, 2017
Printer Friendly Version 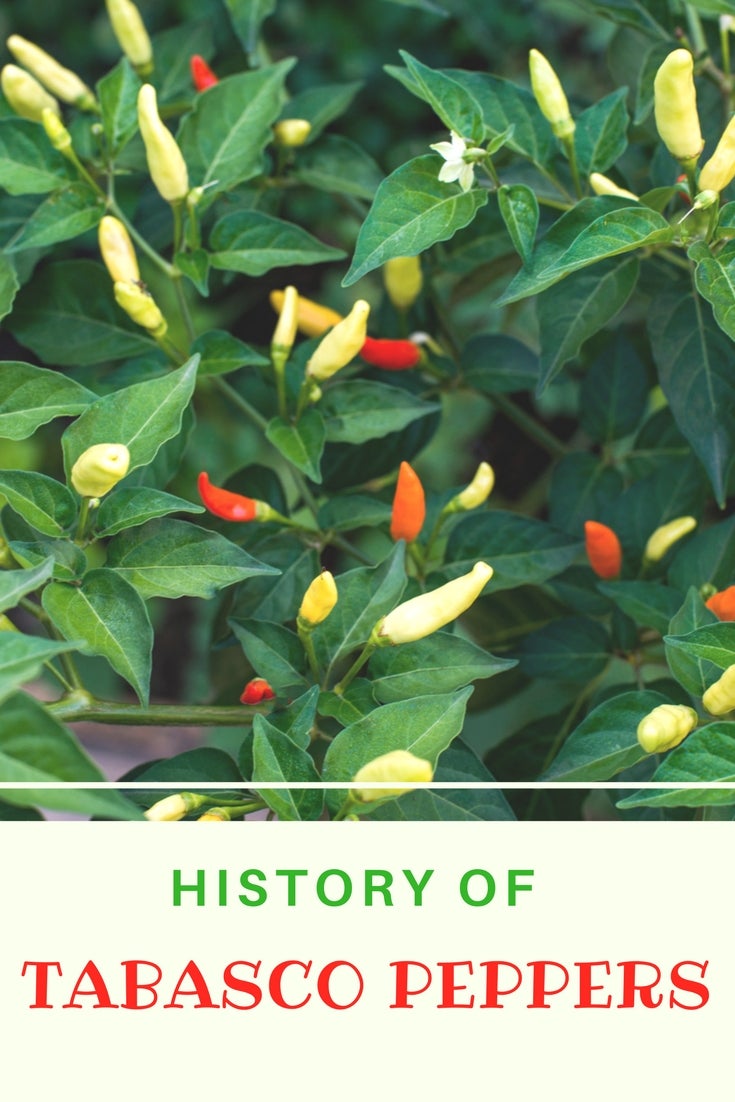 Tabasco sauce is one of the most popular chili sauces in today’s market. The American history of Tabasco pepper and its subsequent namesake sauce starts after the Civil War in Louisiana on Avery Island. Tabasco is a Mexican word the originator of the recipe used to describe his prototype sauce made from locally grown Capsicum frutescens. These little peppers probably originated in Tropical America, but seeds were brought into the United States. At the time, hot sauce was not commonly produced and some trial and error ensued to develop a sauce that wasn’t too hot and combined elements of tangy vinegar and smokiness.

Capsicum frutescens is a small, frost tender perennial plant that may grow up to 3 feet in height and almost as wide. The little bushes are prolific producers of the fruits, which measure only 1 ½ to 2 inches long. They develop several different hues, producing an attractive ornamental plant. Fruits start out yellowish green and mature to orange and finally red. While Tabasco pepper plants can grow in most regions, they will produce year round in the South and Southwest. There are several varieties of pepper included in the Capsicum frutescens group such as Malagueta, Malawian, Kambuzi, Thai and African Devil peppers.

The heat register of Tabasco peppers varies slightly depending upon how mature the fruit is and measures the potential pain the fruit might deliver. Some of the hottest peppers on record have Scoville ratings of 2,200,000 SHU. The Tabasco pepper has a rating of 30,000 to 50,000 heat units. To compare, the common jalapeno pepper has a SHU of 2,500 to 10,000. As you can see, the jalapeno is a pansy compared to the Tabasco pepper.

Once the fruit is harvested, mashing it, aging it in salt and combining it with vinegar takes the heat level way down while still delivering a satisfying punch. While researching Tabasco pepper history, I found that the classic sauce has a SHU of only 2,500 to 5,000 Scoville heat units after dilution and production. In the early days of Tabasco sauce production, the recipe had to be adjusted, as taste buds then were not used to high heat levels on their palates.

Growing Tabasco Peppers in the Garden

So you want to make your own Tabasco sauce? The original recipe is a closely guarded secret, but trial and error should result in a reasonable facsimile. The first step is growing Tabasco peppers.

The plants are remarkably unfussy about soil type but do produce best in soil with plenty of organic matter. The absolute needs of the plant include heat, sunlight and consistent moisture. The plants are not tolerant of drought, as they are native to tropical areas with high humidity. They are also not tolerant of cold temperatures and damage can occur if temperatures dip to 28 degrees Fahrenheit (-2 C.).

In northern climates, start plants indoors at least 6 weeks before the date of the last frost and watch for any late surprise chilly periods after you move your babies outdoors. When it is time to harvest the fruits, they should pull easily from the plant, indicating their peak ripeness. From there, start mashing and salting and see what amazing new hot sauce you can dream up.