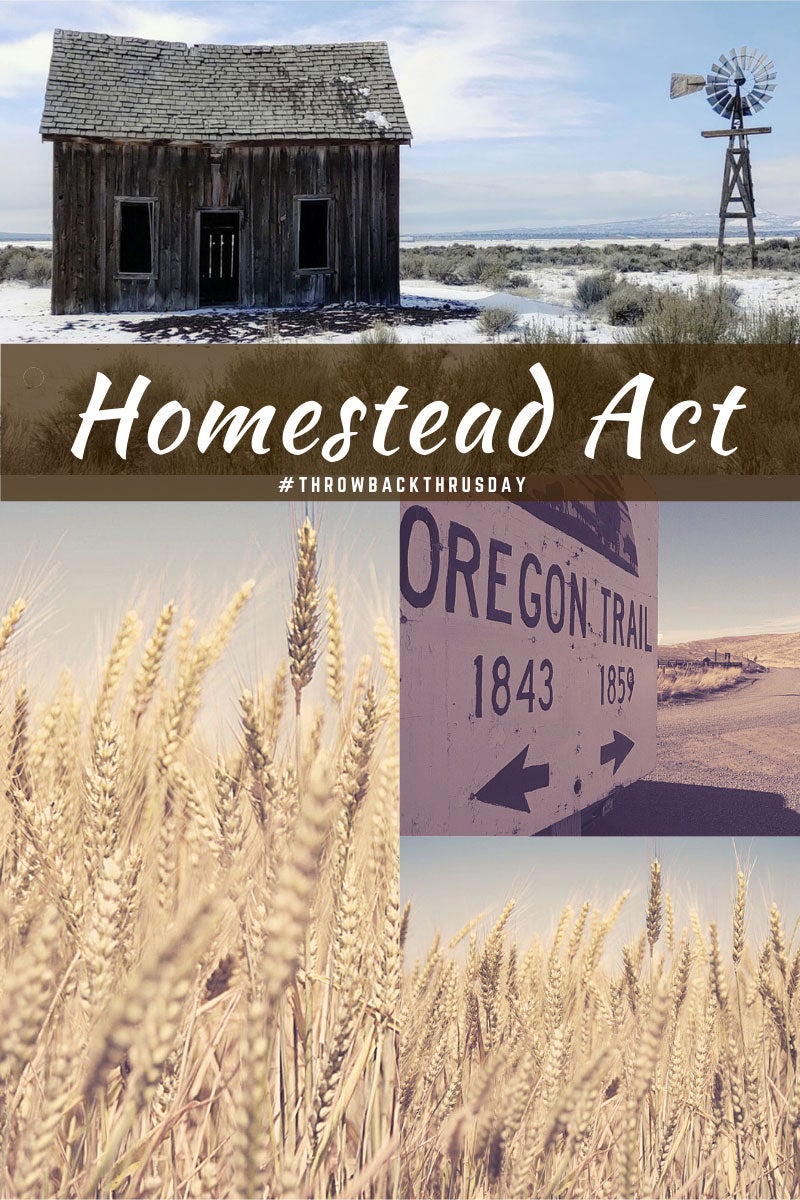 Today, the term “homesteading” is generally used to describe a self-sufficient, sustainable lifestyle, which usually includes growing and preserving food, generally without benefit of chemicals. Modern-day homesteaders may have poultry or a small backyard farm, or they may keep bees.

Some are able to generate electricity, allowing them to live entirely off the grid. Others become knowledgeable about permaculture, which involves an elaborate but effective system of sustainable landscape planning. Living “off the earth” is a fact of life for many people in my rural community, three hours away from Portland. While homesteading a backyard today is a bit different than in the days of the Homesteading Act of long ago, it’s a great way to take advantage of simpler times and a quieter way of life.

“Homesteading” has a very different meaning for me. The Homestead Act, enacted in 1862, provided that settlers could obtain up to 160 acres at no cost other than various filing fees of about $18. However, homesteaders were required to cultivate the land, and to live in a habitable dwelling on that land for at least five years.

According to the BLM (Bureau of Land Management), almost 63,000 homesteads, consisting of 10,514,000 acres, were claimed in Oregon. This was about 17 percent of the state’s total acreage. Interestingly, women over 21 were able to receive homestead patents if they were heads of their households (including unmarried women, widows, or women with disabled husbands). This was several years before women had the right to vote.

My father’s maternal grandparents came to Oregon over the Oregon Trail, and my father’s father came west a few years later, shortly after the Civil War, when his home state of Missouri was in chaos. He settled near Portland, in Oregon’s Willamette Valley, and was a teacher for a few years before he decided to pick up and move his small herd of cattle to Eastern Oregon.

In 1909, the Enlarged Homestead Act increased homestead claims to 320 acres in several western states. The Homestead Act was repealed in 1976, although the program continued a few more years in Alaska.

Times were tough in this rugged, dry country, but he managed to hang on and eventually bought out claims from farmers who decided that making a living by growing wheat and cattle on 160 acres in the high desert was nearly impossible. My family raises wheat, so fall is a busy time for area farmers to get seed in the ground for next summer’s harvest.

Wheat is planted in the fall when the soil is still warm and, hopefully, moisture is relatively near the top. Sometimes, in this dry climate, it’s a matter of waiting for rain so the seeds can germinate in moist soil before the weather turns cold. Because water is so scarce, farmers in my county grow dryland wheat. The few farmers that have enough water to irrigate usually grow other crops, typically alfalfa used for hay.

Nearly all farmers in Eastern Oregon and Washington grow winter wheat, which is planted in autumn and harvested the following summer. Spring wheat, which is planted in spring and harvested in summer (the same time as winter wheat), is grown only if some sort of crop failure occurs, usually weather-related. Spring wheat usually doesn’t do as well because it doesn’t go through the process of vernalization, which only means it is exposed to a dormant period of very cold winter weather.

At least 80 percent of Oregon wheat is exported around the world, with much going to Asia (for noodles) and the Middle East (for crackers or flatbread). Growers in the middle of the country (the nation’s “breadbasket”) grow more hard wheat, often used in multipurpose flour for baking.

Indications of those early homesteads are still present, and a few houses or barns remain. Sadly, time or wildfires have claimed many of them. I love knowing that my family was a part of this history, and there’s no better way to feel connected to the land than through gardening, or homesteading a backyard, even when it’s planting wheat in Oregon country.