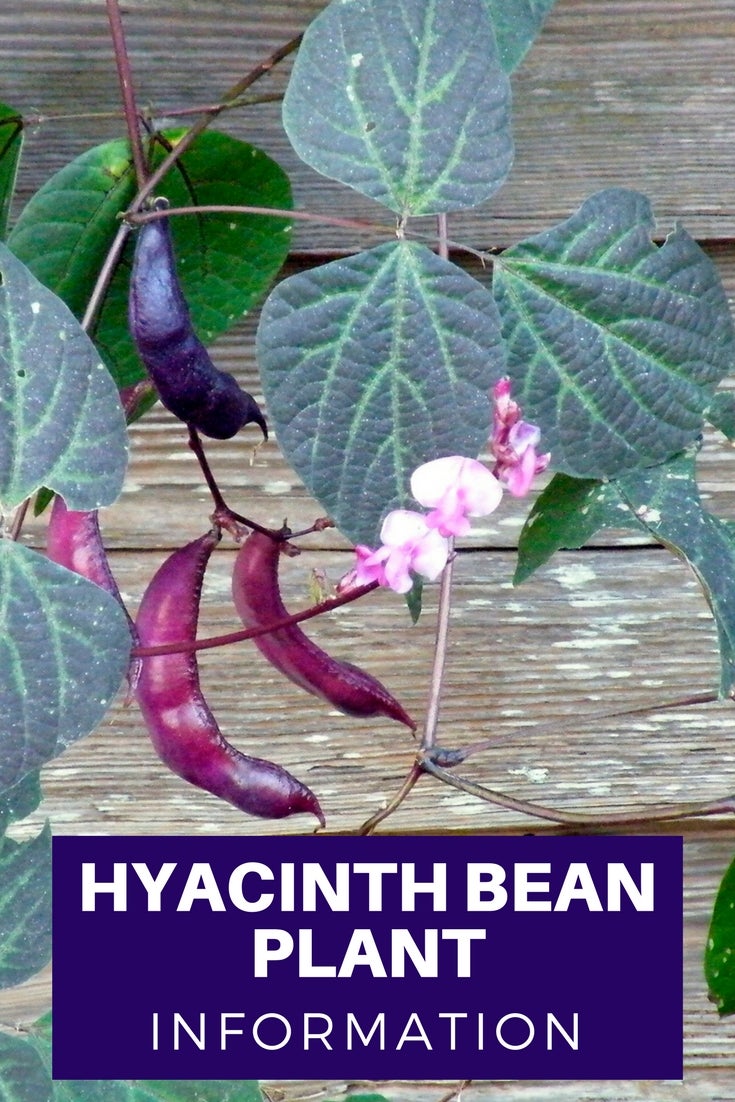 “Arbor beans, white, scarlet, crimson, purple, at the trees level on both sides of the terraces and on the long walk of the garden,” Thomas Jefferson wrote this of his home gardens at Monticello in 1812, and it is believed that some of the beans he is referring to are hyacinth beans, reportedly a favorite of his. Hyacinth bean history dates much farther back than the days of Thomas Jefferson, though. What is a hyacinth bean? Let’s learn more.

Hyacinth bean (Lablab purpureus), also known as Egyptian bean, Indian bean, lablab bean, mouse-ear vine and Pharoah bean, is a tropical vine that can grow up to 30 feet. Native to the tropical regions of Africa, it is a fast growing vine with sweet pea-like purple flowers. Newer hybrids may also come in white, pink, blue and reddish flowers. Hyacinth bean can be grown as a tender perennial in zones 9-11, but is usually grown as an annual elsewhere. Its midsummer blooms attract bees, butterflies and hummingbirds. The flowers are then followed by deep red-burgundy, flat, sickle-shaped bean pods. Deer and birds are attracted to these pods.

High in protein and vitamin B complex, hyacinth beans have been eaten for centuries all around the world. Because of toxins in the mature beans, hyacinth bean must be cooked thoroughly before eating. Generally, they are boiled and eaten as a vegetable. In India, hyacinth beans are often found in curry dishes. The leaves and flowers are also edible and added to salads or soups. In addition to being an edible legume, hyacinth beans have been used throughout history to treat upset stomachs, diarrhea, menstrual cramps, food poisoning, rheumatoid arthritis, sunstroke and dehydration.

The word “lablab” is an Egyptian word for a rattle, describing how the seeds rattle in the dry pods. Hyacinth bean is also sometimes found as Jefferson Vine because it was reportedly one of his favorite beans to grow at Monticello. In Japan, hyacinth bean is often referred to as Ingen bean because the monk Ingen introduced it to Japan from China. In India, hyacinth bean may commonly be referred to as “val” in many recipes.

Like most legumes, hyacinth bean can be grown as a nitrogen fixing cover crop. Seeds are sown in spring in full sun, and the beans can take anywhere from 90-150 days to mature.

In the U.S., hyacinth bean is mainly grown as an ornamental. Its scarlet colored beans and purple-tinged green foliage add interesting texture to floral arrangements and also have a long vase life.