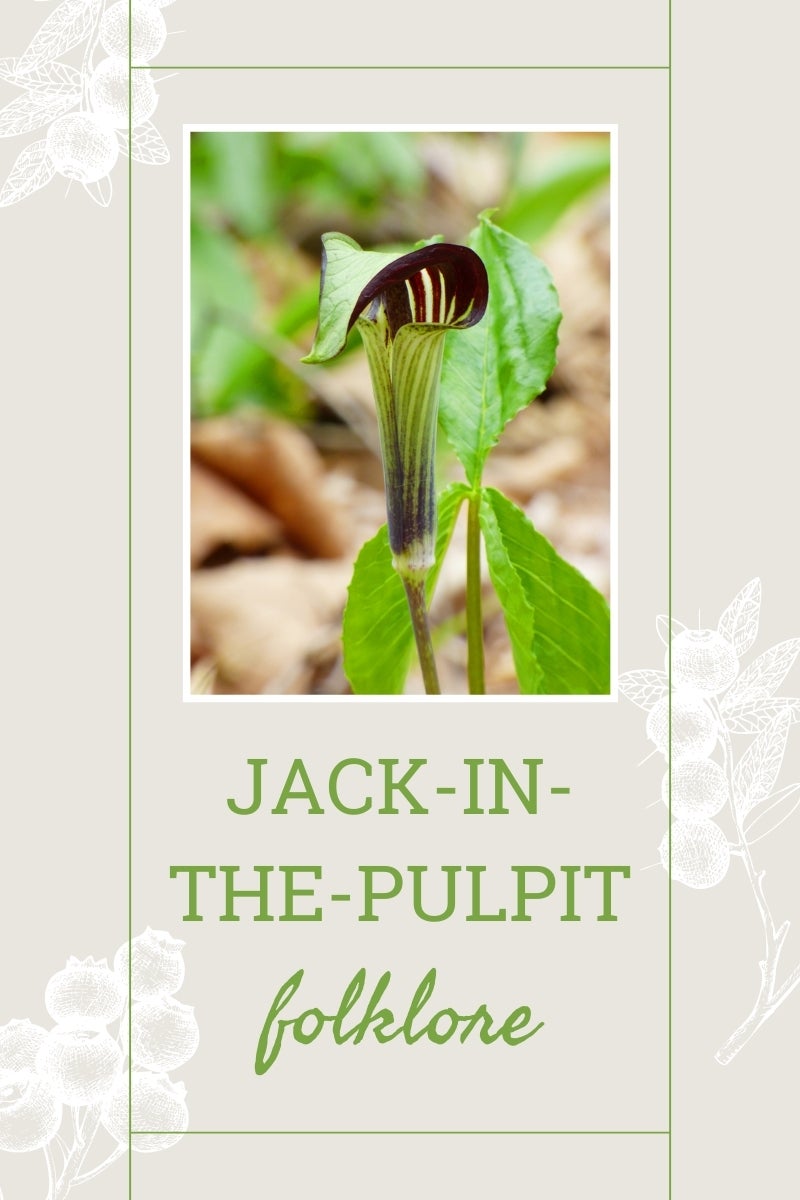 Jack-in-the-pulpit is an unusual and intriguing woodland plant. In the spring it sends up a beautiful challis-shaped flower which is said to resemble a preacher at the pulpit, hence the name. By fall, a cluster of red berries adorns the top of the plant. Beyond its peculiar shape, the rich history of Jack-in-the-pulpit adds to the plant’s intrigue.

Best known in artistic circles as the subject for Georgia O’Keefe’s 1930 paintings, the history of Jack-in-the-pulpit dates back to pre-Columbian times. Sometimes referred to as Indian turnip, this woodland plant was used by some tribes as a weapon of warfare to poison their enemy’s meat. More commonly, Jack-in-the-pulpit was consumed by Native Americans as a food source and for medicinal purposes.

Native Americans perfected a method to safely consume this wildflower by roasting and drying the turnip-like taproot. It was used as a starch source or ground into a flour. Bread made from the flour is said to have a chocolate-like flavor. Some tribes boiled the root with berries and used it as a venison marinade.

Dragon’s root, another name for Jack-in-the-pulpit, inevitably comes from the burning sensation felt when the root is eaten raw. Calcium oxalate crystals within the starchy tuber contain microscopic needles which cut and burn the tissue of the mouth and throat.

If sufficient amounts of the raw root are eaten, the body’s inflammatory response can cause the tissue of the throat to swell to critical levels. Asphyxiation leading to death makes this plant dangerous to consume. Oddly, ceremonial consumption of raw Jack-in-the-pulpit root was considered the entrance into manhood for some Native American tribes.

When 16th century European settlers arrived with their ruffled and fluted collars, Jack-in-the-pulpit earned the moniker starchwort. The need to stiffen their Victorian style clothing led settlers to utilize the starchy root of the Jack-in-the-pulpit plant.

Before modern medicine created synthetic drugs, humans around the world used native plants to treat and control their aches, pains, and maladies. Like many natural medicines, Indian turnip root was applied as an ointment or poultice externally. For internal consumption, partially dried roots were desired as fresh ground Indian turnip proved too potent.

Here’s a list of the many ailments Native Americans treated with Jack-in-the-pulpit root: