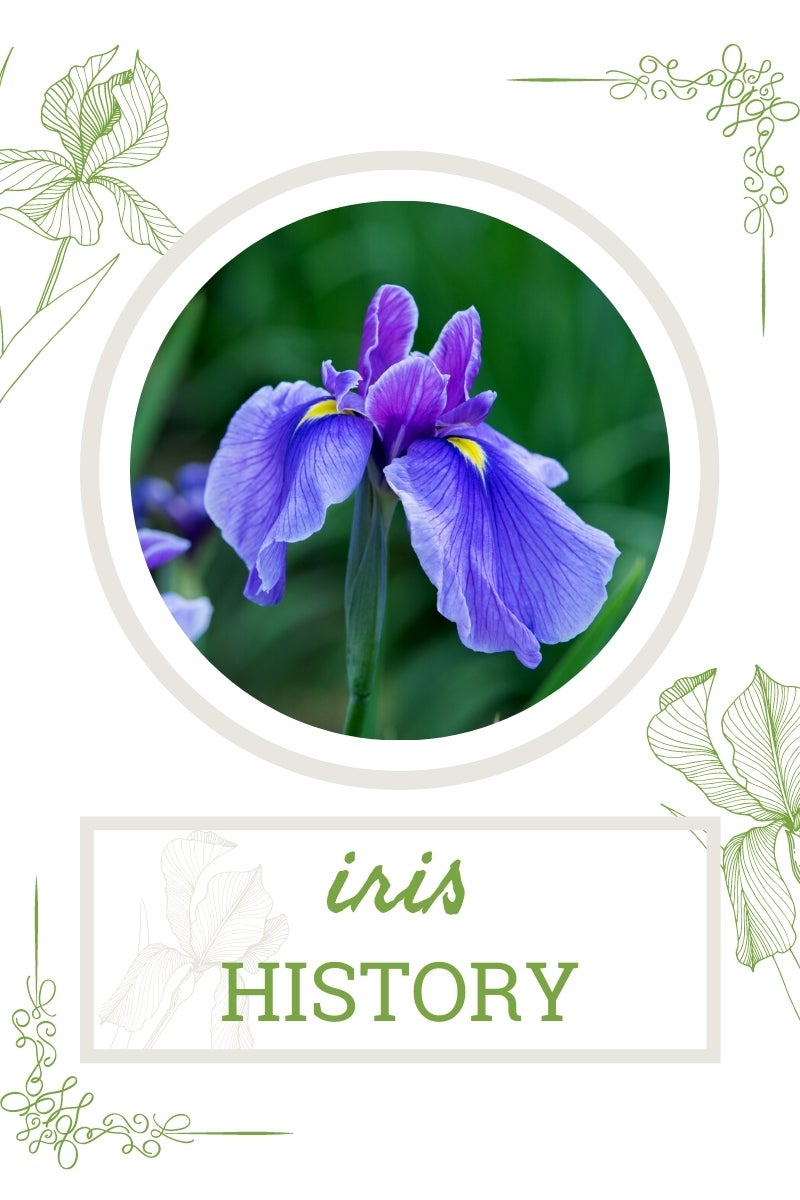 Irises are spectacular flowers that bloom in late spring, after early spring bulbs like crocus, tulips, and daffodils. At least 200 different species have been identified around the world, but varieties and cultivars number in the thousands. Irises are versatile plants that range from miniatures topping out at 4 to 7 inches (10-18 cm.), or tall specimens reaching heights of 27 to 40 inches (69-100 cm.).

This tough plant, which grows from underground rhizomes, withstands difficult conditions and can survive in well-drained soil for many years, even when it’s been forgotten and ignored. Iris is found primarily in arid, semi-desert areas but also in meadows, on grassy slopes and along bogs or riverbanks.

What is the history of iris flowers and where did iris originate? Read on to learn more about this hardy, showy plant in which many of us grow in our gardens.

Iris flower history dates back to Ancient Greece and relevant drawings are still visible in a number of ancient palaces.

According to Greek mythology, Iris was the messenger of the gods, a connection between heaven and mortal human beings here on earth. Iris was the goddess of the rainbow and beautiful flowers sprouted wherever Iris stepped.

Purple or dark blue iris have been a symbol of royalty in European countries throughout history. The beautiful iris flower, or fleur-de-lis, is the national flower of France. A reminder of the French revolution, fleur-de-lis holds a place of importance in the culture of New Orleans, Louisiana.

Certain types of iris flowers have been used medicinally for maladies such as coughs, colds, allergies, rheumatism, and cosmetically for dandruff, dry skin, and sweet-smelling perfume – sweet iris is a good example.

The history of iris flowers in North America is thought to begin with early European settlers who brought the bulbs to the new world. Iris flower origins have been traced to Virginia, where bulbs were probably planted in the 1600’s.