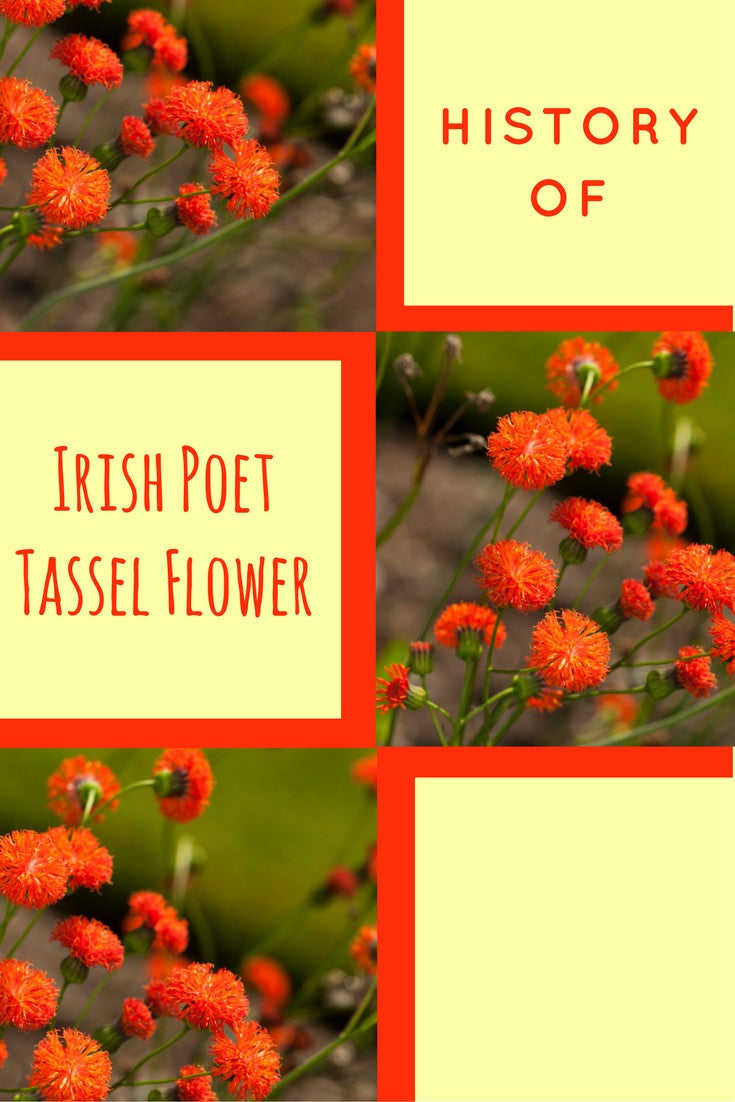 As soon as you start growing the heirloom plant known as the Irish poet tassel flower (Emilia javanica), you’ll understand how they got their common name. The flame-colored puffball blossoms resemble the windswept, tousled hair so typical of an Irish poet. The pompon-shaped flowers grow in clusters on tall, spindly stems emerging from a basal rosette. The leaves of the rosette are an attractive blue green, but most gardeners pay more attention to the flowers themselves, in flamboyant shades of fiery red and orange.

Irish poet tassel flower history reveals that the origins of this bright flower has nothing to do with Ireland. In fact, the history of Irish poet tassel flowers is shrouded in some mystery. Some claim that the plants originated in the Far East, others say Asia or tropical Africa. What is known for certain is that the small annual was introduced into England in 1799.

You won’t learn much by investigating other flowers in the plant’s genus because there are none. Irish poet plant information tells us that it is the only species in the herbaceous genus, Emilia. It is, however, botanically related to the extensive Asteraceae family.

The plants producing these bright, tousled blossoms have played a surprisingly significant role in scientific research. The blossoms have antimicrobial properties, and scientific testing shows that they could be useful in the management of eye diseases.

Tests have also proved the Irish poet tassel flower’s effectiveness as an antidiarrheal medicine. Extracts were tested on rats at the University of Dschang and methanol extract was shown to significantly reduce the frequency of episodes of stomach upsets.

If you are more of a cook than a scientist, you may be interested to know this part of Irish poet plant information. The blossoms and foliage can be used in salads or soups, adding a unique flavor.

If you are interested in growing Irish poet tassel flowers, sow the seeds in well-drained soil in a sunny location in springtime. Wait until all chance of frost is passed. Once the seedlings are developed, thin them so that they stand 6 inches apart.