Throw Back Thursdays
By Darcy Larum | May 25, 2017
Printer Friendly Version 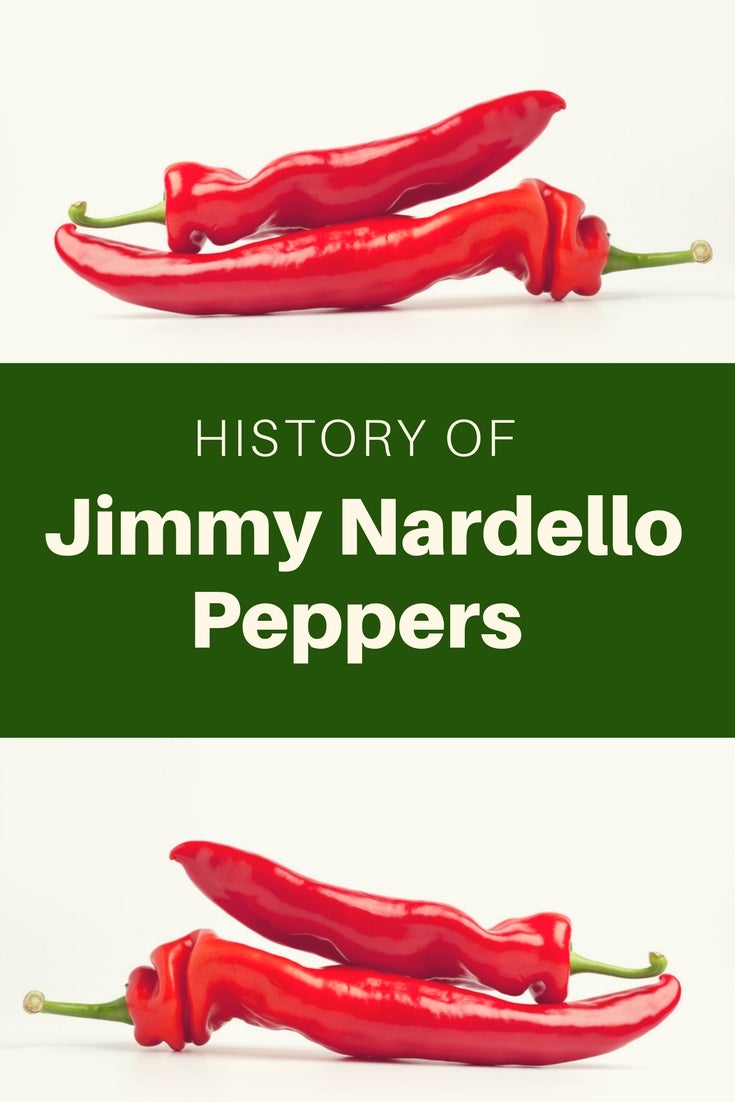 The U.S. is known as the melting pot. For centuries immigrants from all over the world have come and made the United States their home. With them they’ve brought their religious beliefs, cultural traditions, and favorite recipes and food. The story of the Jimmy Nardello pepper began with Italian immigrants, Giuseppe and Angella Nardello, sticking a few favorite pepper seeds in their pocket before coming to the United States.

In 1887, the Nardello family immigrated to Connecticut seeking a better life than they had in their remote, mountainous village in southern Italy. Along with them, they brought the seeds of some of their favorite vegetables including Capiscum annum, the variety of sweet pepper that is now known as the Jimmy Nardello Italian pepper.

Life in Connecticut was good for the Nardello family and soon they had 11 children. Naturally, raising 11 children doesn’t leave time for much else. Fortunately, the Nardello’s fourth child, Jimmy, had inherited his mother’s love of gardening, so he built terrace gardens and grew many of his mother’s favorite heirloom pepper plants.

From just the few seeds his mother had brought over from Italy, Jimmy kept the family well fed with wholesome, hearty vegetables for decades. Jimmy’s favorite of all the peppers he grew was a sweet Italian frying pepper. Before he passed away in 1983, Jimmy donated seeds of his favorite pepper to the Seed Savers Exchange. Since then, it has been known as the Jimmy Nardello pepper.

Nearly 130 years after Jimmy’s mother brought her heirloom pepper plant seeds to the U.S., Jimmy Nardello Italian peppers have become all the rage with chefs and gardeners. Traditionally, these peppers were strung from a string and dried. The string was run through the stem of the pepper, with a needle. Dried peppers were then sliced or chopped and sautéed or fried for use in traditional Italian recipes. Today, Jimmy Nardello peppers are dried, frozen, pickled, canned or used fresh in any recipe that calls for a sweet, crisp pepper.

Jimmy Nardello pepper plants require 80-90 days to mature. In northern climates with shorter summers, you may need to start the seeds indoors 8-10 weeks before the last frost date.