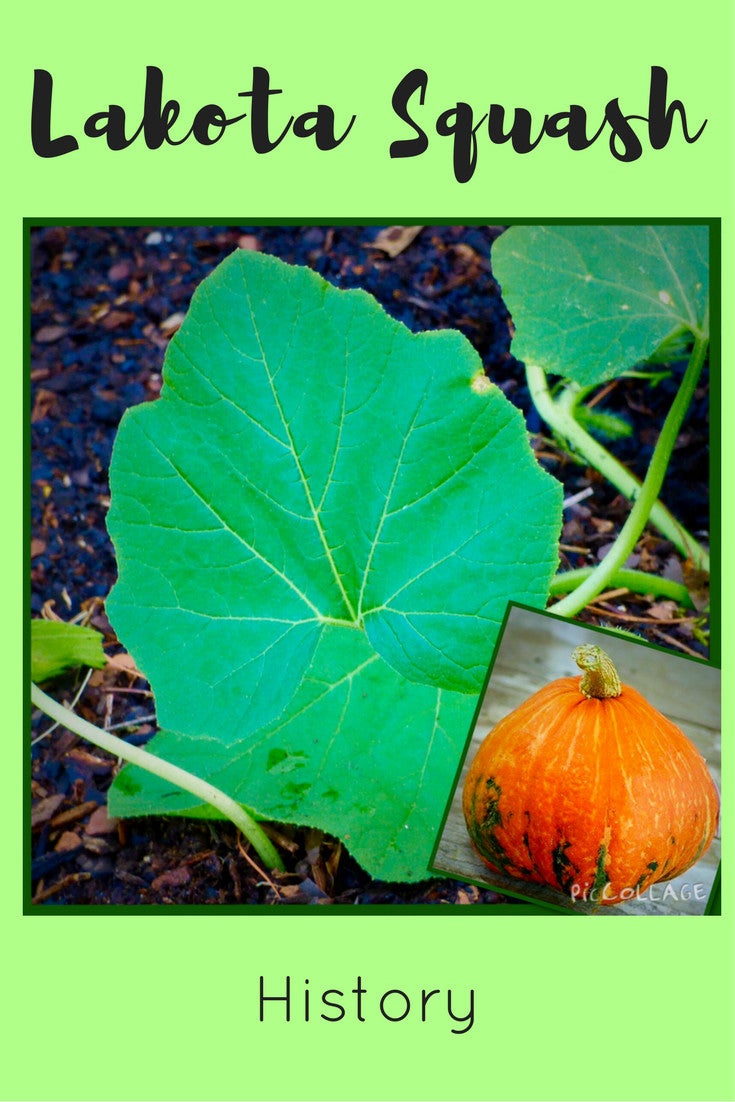 Who doesn’t love a good winter squash? You can brighten up your table with it, you can bake it or puree it into a soup, or you can store it in your basement until spring. You can even do all three with the same squash! The Lakota is a particularly beautiful and tasty squash that gets rave reviews from the few people who are in the know. But, for some reason, the Lakota winter squash doesn’t have nearly the same following as, say, its butternut and acorn cousins.

The Lakota squash history is a fascinating and deeply American one. It was cultivated for centuries by the Native American tribes of the Missouri Valley, including the Lakota, from whom it gets its name.

Its introduction into the gardens of white settlers has a strikingly short and easily traced path. As early as 1820, soldiers at Fort Atkinson in Nebraska are documented as growing the squash and storing it for the winter. In the 1870s, soldiers in the newly-founded Fort Robinson across the state begged some seeds off of Fort Atkinson, and the squash’s production among settlers effectively doubled.

Alfred Iossi, an employee at Fort Atkinson, took some of the seeds to give to his sister, Martha Newman. Martha grew the seeds for years, and gave some to a man who went by A.G., who donated them to the University of Nebraska.

Those seeds are the ancestors of the ones we can grow today. However, one notable aspect of squash is how easily they can be hybridized. As Martha Newman grew her Lakota squash over the years, they deviated from the ones originally described at Fort Atkinson, probably because of cross pollination with her hubbard squash. By the time the seeds reached the University of Nebraska, they were very different from the originals.

Dr. D.P. Coyne at the University of Nebraska worked to breed a stable variety, descended from and similar to the original that we can buy and grow today. So why not give it a shot?

These squash grow well in drained, airy soil with lots of sunlight. They can really spread, so make sure they have some room, or consider trellising them. They should mature in 85-105 days, and continue producing into the autumn.