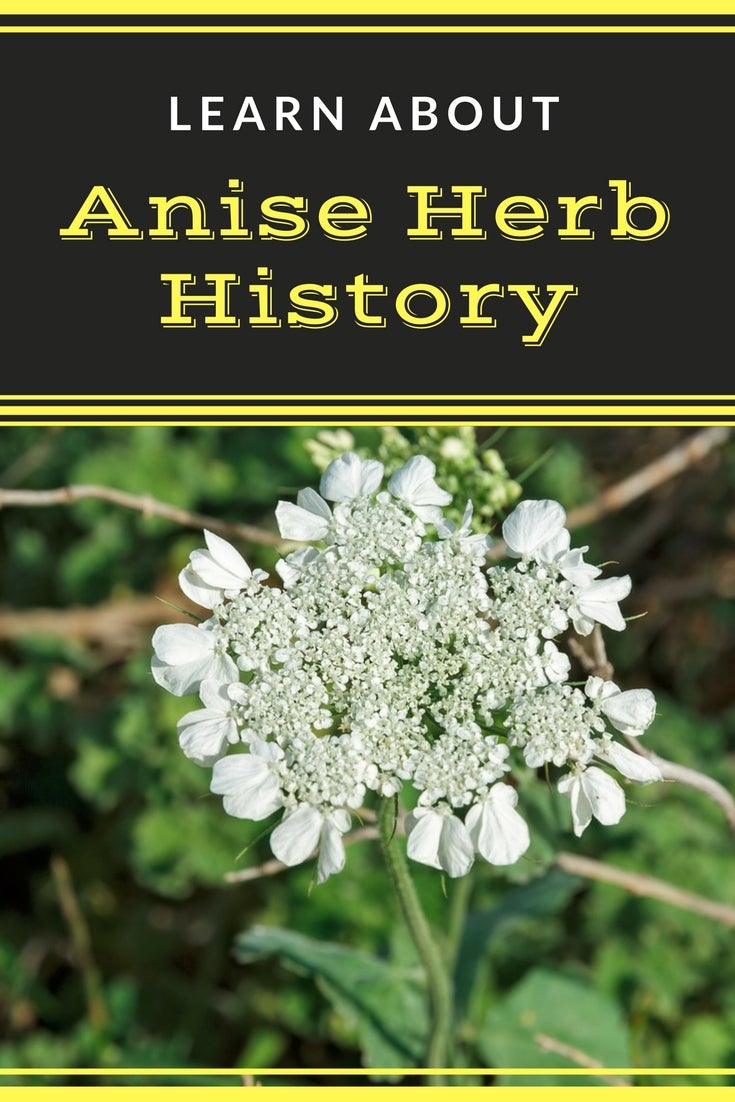 Anise(Pimpinella anisum) is an aromatic herb valued throughout recorded history for its medicinal and culinary properties. These days, many gardeners enjoy growing anise for its licorice-like flavor and ornamental value, as anise sports feathery, bright green foliage and umbels of dainty white or pale yellow, late summer blooms. Read on to learn more anise plant information.

The history of anise herbs can be traced back at least 2,000 years, when the plant was cultivated in Egypt and Greece, finding its way to Central Europe by the Middle Ages. According to plant historians, anise was highly prized by Ancient Romans, who baked the seeds into spicy cakes that were served at the end of feasts in order to prevent flatulence, hiccups and indigestion that could befall dinner guests.

Anise was also believed to act as an aphrodisiac and was used to prevent nightmares and ward away the evil eye. When mixed with lard, anise served as an effective treatment for insect bites and other annoying skin irritations.

Anise made a dandy breath freshener. It was valued as a treatment for stubborn coughs and sore throats, and it is still used for this purpose today, often in lozenge form. It is also used to flavor baked goods, fruit, cheese, candy and soups.

Anise seeds are planted directly in the garden in spring. Although seeds can be started indoors, the plants are notoriously difficult to transplant. Although anise grows in a wide range of climates, it requires at least 120 frost-free days in order to produce fully ripe seeds. For this reason, anise is often grown as an annual.

Anise requires well-drained, alkaline soil with a pH of about 6.0. Full sunlight is critical for growing anise, as the plant tends to be spindly in shade. Regular watering is necessary during hot, dry weather. However, fertilizer is rarely needed unless the soil is very poor.

According to Penn State Extension, anise seeds germinate more effectively when companion planted with coriander. Coriander also improves the development of anise seeds, which are harvested when the umbels are filled with brown, ripe seeds.