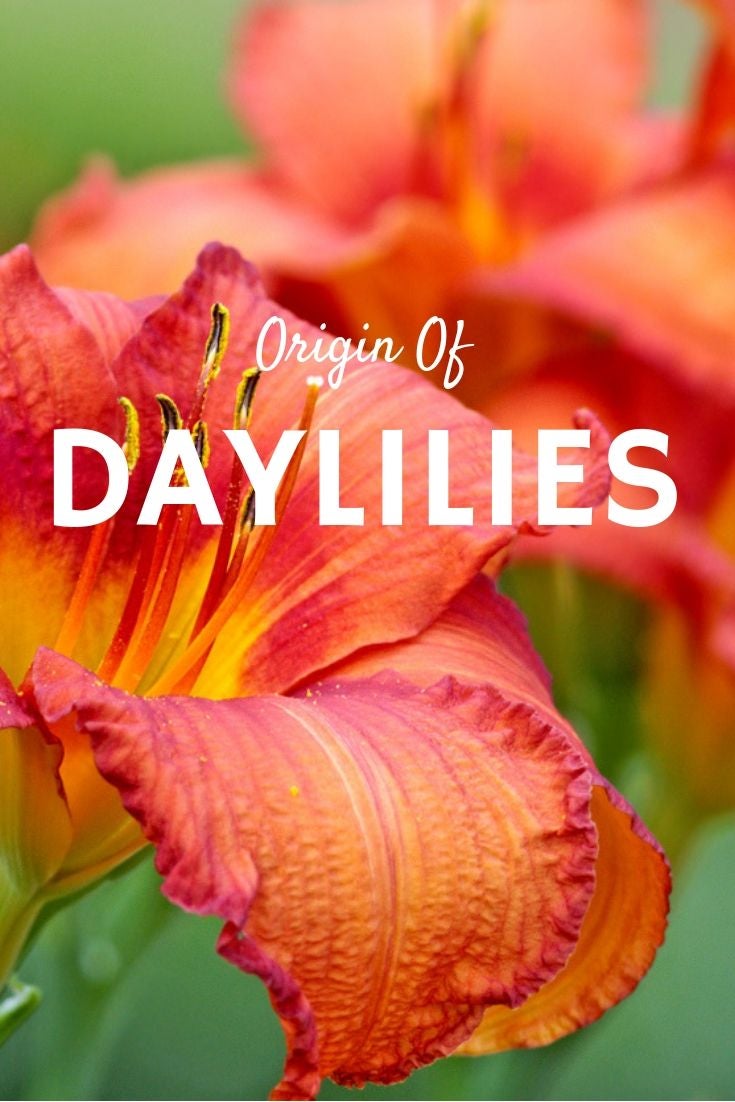 Daylilies (Hemerocallis) are a well-loved flower that can be found just about anywhere – they’re as likely to turn up in a roadside ditch (even earning the name ditch lily) as in a perennial garden – and while some people treat them as weeds, they’re mostly revered for their easy, no-nonsense beauty. But it’s hard to believe that this ubiquitous plant isn’t at all native to North America, or even Europe! So where do the old-fashioned daylilies come from and how did they become so widespread?

Daylilies are a well-traveled plant that have managed to hitch a ride halfway around the world by charming gardeners with their bright flowers and hardy constitution. The old-fashioned orange flowers are native to east Asia, where they have been cultivated for millennia. In fact, they have long been popular with the Chinese for their edible and medicinal properties. In the 16th century, they won the hearts of European traders, who carried them home and made them a mainstay of their own gardens.

With the European colonization of North America, the plants made another big move west, where they were a top choice in colonial gardens for their low maintenance, easy growing nature and cold hardiness (The colonists were too busy trying to survive the winters to spend lots of time on flower gardens). Then before you could say “invasive species,” the plants escaped their fenced-in homes and spread throughout the countryside.

Despite being around for years, daylilies weren’t cultivated much at all in America until the 20th century, and it was all thanks to one man. Dr. Arlow Burdette Stout, a botanist in New York, became fascinated with the flowers. He spearheaded a huge breeding program and is responsible for at least 100 new varieties.

In 1934, he published Daylilies, the definitive book on the subject. He is known as the “father of the modern daylily.” Today, there is a thriving American Daylily Society, in action since 1946, and there are over 80,000 registered cultivars. So go out and plant some daylilies and support these beautiful, hardy travelers.