Ligularia In Shade: My Love For Growing Leopard Plants 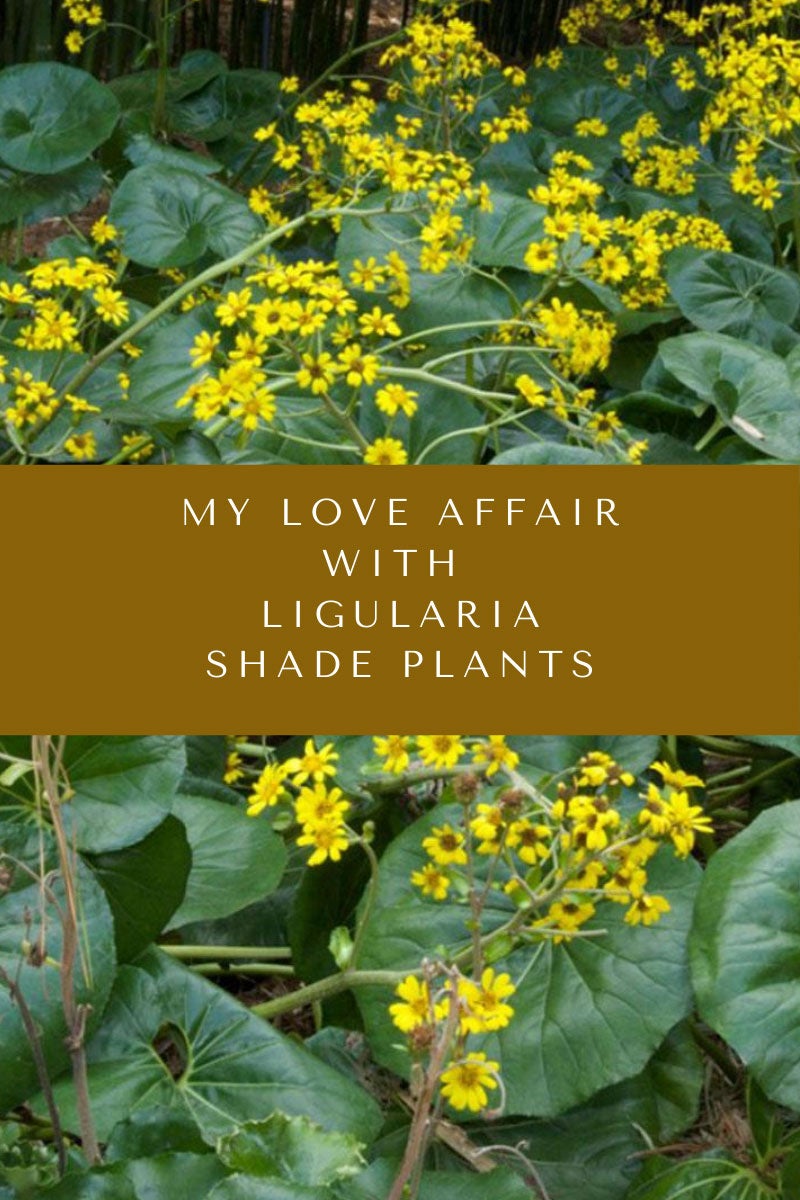 A few years ago, I moved to a different city and obviously a different house with a yard that was the complete opposite of my former landscape. Previously much of the yard was filled with only dappled sunlight, but this new landscape was sun kissed from dawn until dusk.

As much as I love the ability to grow sun-loving plants now, I do miss my shade-loving ferns, hosta, astilbe, and my very favorite, the varied Ligularia or leopard plants.

My love affair with Ligularia came about twenty years ago when I was living on the top floor of a duplex that was built up along a rocky hill. This meant that the back of the unit faced a wall of dirt and stone untouched by sunlight.

In the front of the duplex I had carved out a niche for my veggie and flower garden, but the back was a challenge until I did some reading on shade plants. The usual suspects were there in black and white, but so too was Ligularia.

Once I viewed some pictures of the various Ligularia shade plants, I was hooked. My first Ligularia was appropriately named ‘King Kong,’ a real beast of a plant with huge dark purple-black leaves that gradually turned to burgundy with orange/yellow blooms poking out from the foliage in late summer. Next was ‘The Rocket.’ I assume it was named for the way the brilliant yellow blooms shot out from the light green, heavily serrated leaves.

Other varieties of Ligularia followed suit, along with various other shade plants. Then, an opportunity to purchase a house came up. The new house had a bit of shade but was primarily sun, which meant no room for the large Ligularia in shade, or was there?

Twenty years later, I have a lovely covered porch that, in the summer months, is filled with large pots of Ligularia shade plants – the very same descendants of those from the duplex days. Turns out that Ligularia do very well in containers if you keep them uniformly moist and out of direct sun.

I loved those growing leopard plants so much that they have traveled with me from home to home over the course of twenty years. I keep the potted Ligularia under the covered porch and heavily mulch the pots. Even in USDA zone 6, with the potential for below zero temperatures, I find that my potted Ligularia leopards in the shade reliably pop up each spring, lending a tropical feeling to the patio garden.