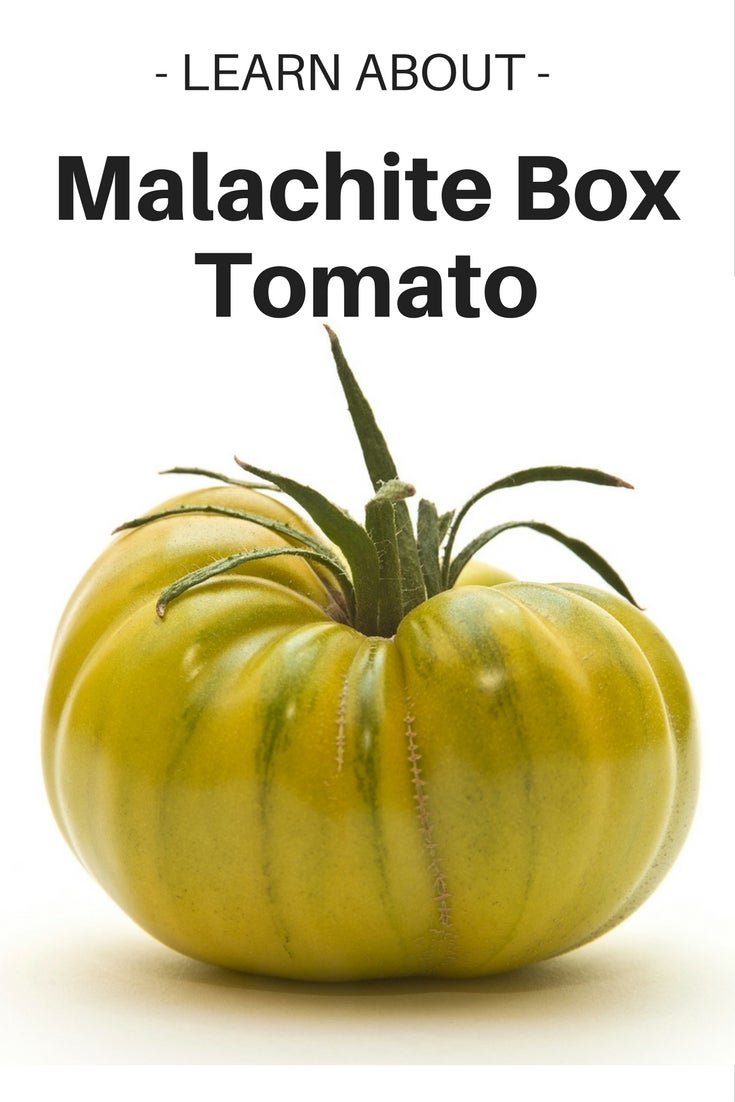 Malakhitovaya Shkatulka tomatoes originated in Russia (Siberia, actually!) at Svetlana Farm. In a 2006 seed exchange, Tatian Kouchnarev received seeds from Tmara Yaschenko of Biysk, Siberia, Russia. They were then acquired by Seed Savers Exchange and subsequently offered by Baker Creek Heirloom Seeds in their 2008 catalog.

The translation for Malakhitovaya Shkatulka is “malachite box,” so named for the beautiful green jewelry boxes made from this mineral mined in the Urals, Russia and Timna, Israel – the location of King Solomon’s mines.

Growing these heirloom tomatoes isn’t any different than growing tomatoes, in general. In fact, the malachite box tomato seems to be fairly adaptable just about anywhere. This low acid variety of tomato is outstanding for its vigor in cooler climates. It was developed in Siberia after all! It also does quite well in warmer climates in the South. Prolific producers, Malakhitovaya Shkatulka tomatoes rarely crack like many other heirlooms. Fruit comes to maturity in about 70 days.

I live in the Pacific Northwest and while I haven’t personally grown this varietal, it is high on my lists of prospects for next year, specifically due to its ability to withstand cooler temperatures. All in all, a gorgeous, juicy and flavorful heirloom tomato that is as at home in northern gardens as those in the South.