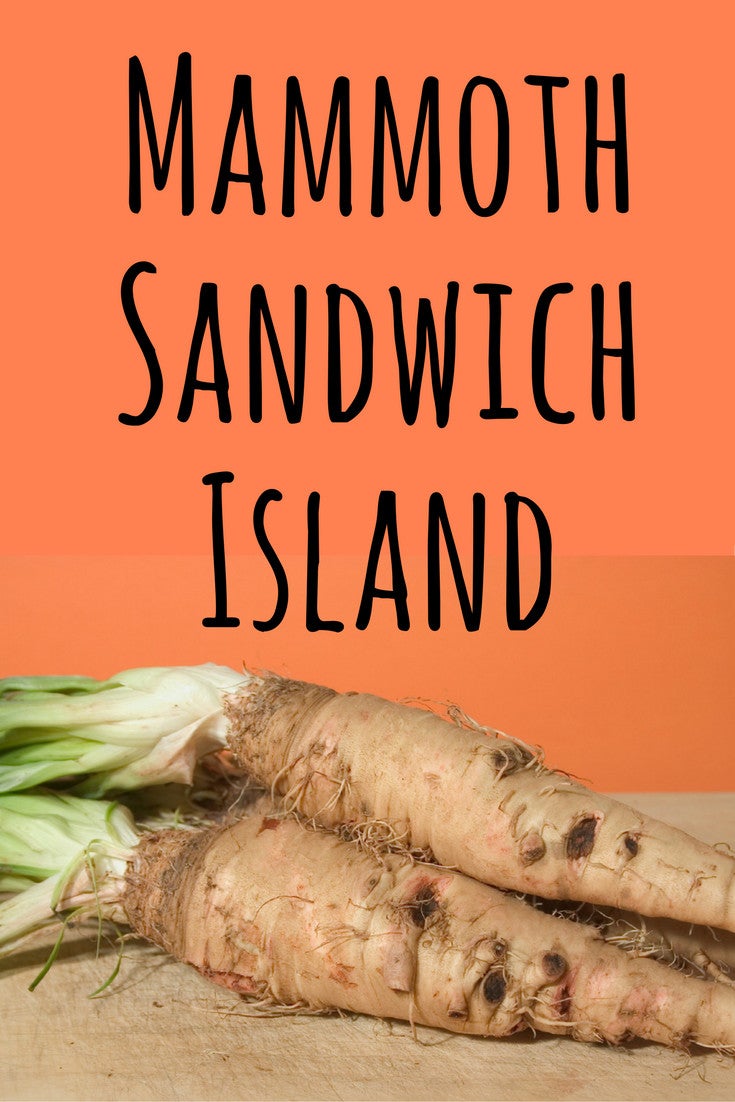 If you’re never heard of salsify, you aren’t alone. A cousin to the cunning dandelion, salsify has largely fallen out of favor, although it has remained popular in Europe. In recent years, however, this ancient Mediterranean native has slowly began finding its way back to American gardens and kitchens. And there’s one particular heirloom variety I believe you will enjoy, if you’re willing to give it a try that is – its name is Mammoth Sandwich Island.

Okay, okay, I know you’re stumped now and thinking “what on earth is this chic talking about.” But just bear with me a moment.Â Salsify (Tragopogon porrifolius) comes from 16th century Italy, and eventually made its way into other parts of Europe, where it became rather popular. It has long, parsnip-like roots and creamy white skin – the roots of Mammoth Sandwich Island are about 8 to 9 inches long and likely the reason for its ‘mammoth’ name. It is often known as “vegetable oyster” because of its delicate, oyster-like flavor, which has a subtle hint of artichoke hearts. The roots are often incorporated into soups or stews, or sliced and eaten fried, poached, boiled, steamed and served with cream.

Mammoth Sandwich Island salsify is an heirloom plant that is thought to have developed in the United States in the 1860s and grown widely during the nineteenth century, though some suggest it was earlier. Little specific Mammoth Sandwich Salsify info is available, but gardeners and seed companies noted their appreciation of its delicious flavor, generous yield and attractive, pinkish-purple blooms. So at the very least, you could always grow the plant as an ornamental. Growing this salsify variety isn’t difficult, and seeds are available from vendors that specialize in heirloom plants.

Plant seeds directly outdoors as soon as the soil can be worked, about two weeks before the last frost in spring. Salsify prefers full sunlight and loose, sandy soil amended generously with compost or manure. Plant the seeds an inch apart, in rows spaced 12 to 14 inches, then cover them with about an inch of soil. The seeds germinate in about three weeks. When the seedlings are about a couple inches tall, thin the weakest plants, leaving 2 to 4 inches between each plant.

Keep the soil lightly, evenly moist. Weed regularly; otherwise, the weeds will draw nutrients and moisture from the plants. Harvest the salsify roots in late fall, preferably after the first freeze; the roots taste best after a frost. Salsify is best when used fresh, but it will keep two to four weeks in your crisper drawer. The vegetables will winter in the ground if you protect them with a layer of mulch. However, if you live in a cold winter climate, dig the roots, cut the tops to about 2 inches, and then store the salsify in a box of damp sand. The roots will keep two to four months at temperatures between 33 and 40 degrees F. (.5 to 4 C.).