May Day Traditions – Learn About The Origins Of May Day 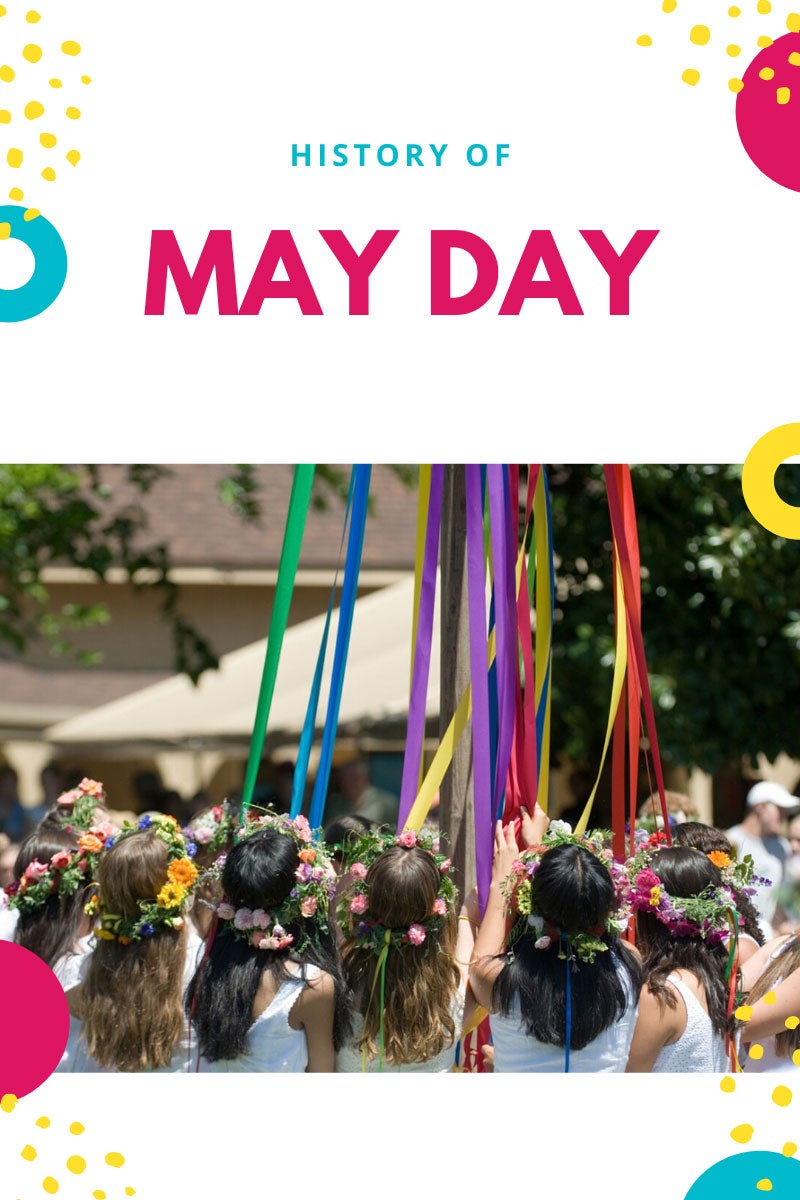 Some people simply think of May Day as the cusp of spring, while still others view it as a day of revelry or a hard-won labor holiday. The origins of May Day are all this and more, a convoluted day both notorious and celebrated. Travel with me as I explore May Day history and its origins.

How May Day Got Started

The origins of May Day history date back to the ancient Romans who praised Flora, the goddess of youth, spring and flowers for an entire revelry filled week. As Roman explorations reached the British Isles, the Floralia festival intersected and combined with the Celtic holiday of Beltane, which was also held on May 1.

By medieval times, May Day centered around collecting flowers (a-maying) and decorating the village for a full day of festivities that included dances, games and pageants. A Maypole, usually a cut birch tree, was decorated with colorful streamers that were interwoven as the villagers danced.

These May Day traditions came to be celebrated in the New World as well, but not without some hostility. Initially, May Day celebrations were brought to colonial America by free-thinking Anglican merchant Thomas Morton, but the Puritan colonists abhorred the pagan-based celebration and, after the second year of festivities, cut down the Maypole and effectively banished Morton to England.

It would seem that these new Americans had no place for May Day traditions and, yet, by the late 1800s, flocks of migrants and immigrants were flooding the United States. To some, these workers were a threat to “traditional” American values. Seeking to indoctrinate the workers, the upper class revived the traditions of May Day, including “a-maying” and dancing around a Maypole.

During this same period, the working classes were busy organizing unions and other pro-labor organizations. The pivotal argument was for an 8-hour work day, something we take for granted today, but in the 1880s, most workers toiled for ten hours a day, six days a week.

In 1884, the Federation of Organized Trades and Labor Unions declared a legal work day of 8 hours by May 1, 1886. The declaration never went into effect and, as a result, workers went on strike. The result was a bloody melee, the linchpin for further strikes and labor organizing accompanied by violence.

May Day became synonymous as a day for organizing and unifying workers until 1894 when President Grover Cleveland made it a federal crime to unionize. Legislators met the unpopular declaration with legislation establishing a Labor Day in September to appease the masses.

Since then, the significance of May Day has diminished as a labor holiday in the U.S. due in great part to the establishment of International Worker’s Day on May 1. This did not, however, dim the struggle for better treatment for laborers who continue to battle for their rights here and across the globe.