Throw Back Thursdays
By Bonnie Grant | May 3, 2018
Printer Friendly Version 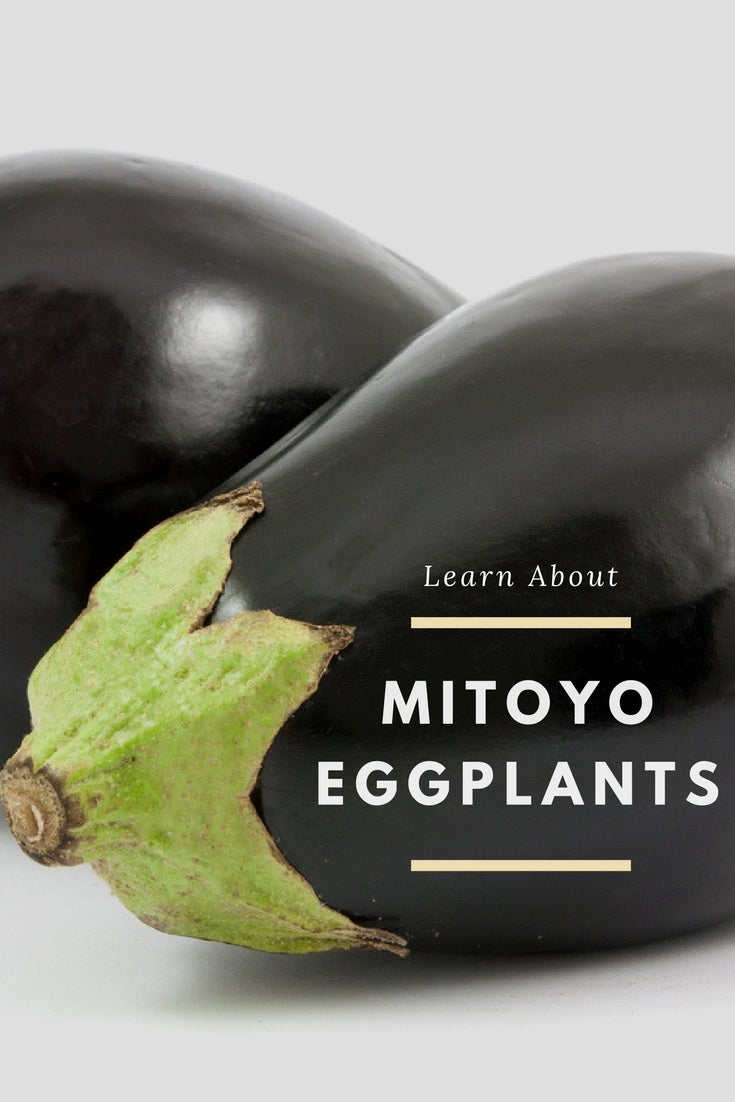 If you are seeking a sweet, densely fleshed, medium to large eggplant, look no further than Mitoyo. Picture chubby, round to oval, glossy, black-skinned fruits that are absolutely adorable and delicious. This variety is native to Japan and grown primarily in Kanonji and Mitoyo provinces. Not only is the flavor memorable, but the plant is striking and could be grown as an ornamental.

What is a Mitoyo Eggplant?

Mitoyo produces a commercially large, dark fruit. It was originally discovered in a market in Japan and seed was saved. It is now widely available to grow and has a milder, sweeter flavor than Western varieties.

Mitoyo eggplant info describes the cooked flesh as creamy and subtle. The fruits can be up to a pound (.45 kg.) in weight when fully mature. They can also be picked when smaller, but tend to have a hint of bitterness. The hefty fruits accept a host of flavors and work well in many ethnic dishes.

Eggplants can be steamed, fried, grilled, baked, pickled or eaten raw. Additionally, eggplant has been shown to be a brain food. It contains a phytonutrient called nasunin, which has been found to protect fats in brain cells. It is also a powerful antioxidant.

Mitoyo eggplants can grow waist high and produce fruit much like their cousin the tomato. Fruits hang from the stems in an ornamental fashion. The biggest complaint is the damage done by flea beetles to the large leaves and occasional attacks by Japanese beetles.

Eggplants produce the best fruits in late summer, but Mitoyo can produce wonderful eggplant into fall provided an early freeze doesn’t destroy the plants. Mitoyo eggplants should be left on the stem to ripen fully if you wish to save seed. The variety is also known to be a strong and vigorous producer of fruit. Mitoyo fruits look a bit like the classic Black Beauty variety but a bit more on the purple side and more rounded with creamy green flesh.

Eggplants grow quickly from seed. Mitoyo eggplant needs 85 days from sowing to maturity. In temperate to cooler regions, it is best to start seed indoors 6 to 8 weeks before setting plants out. Seedlings do not react well to transplanting, so it is best to start them in small compostable cells or pots.

Keep soil moderately moist. Prepare the soil before planting out by adding plenty of compost and loosening it deeply. If necessary, perform a soil test for pH. Eggplants prefer a soil pH of 5.5 to 6.0. Space plants 3 feet (.91 m.) apart to allow plenty of air circulation and room for growth.

Fertilize every two weeks with compost tea or other organic liquid nutrients. If fruit becomes too heavy for the stems, stake them up to prevent breakage and keep fruit from soil contact where slugs and insects can damage them. Harvest fruit any time they are large enough to eat and enjoy.