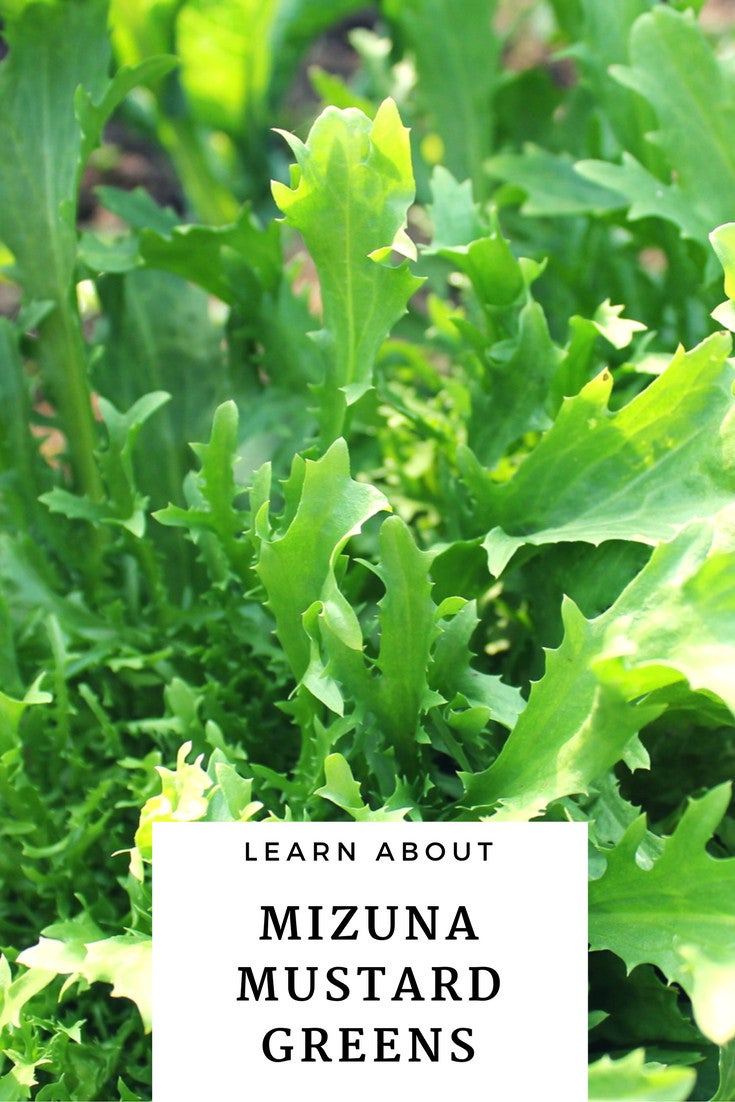 Although many know it as heirloom mizuna lettuce, mizuna is actually a type of Japanese mustard green. Mizuna mustard greens, which have a milder flavor than most mustard greens, are tasty in salads, soups and stir fries. Mizuna isn’t always available in supermarkets, but you can often pick up a bunch in Asian markets, or better yet – grow the plant in your garden! Read on to learn more.

Plant historians believe Mizuna mustard greens are native to China, although the plant has been cultivated extensively in Japan for several centuries. In Japan, the plant is grown not only for its culinary value, but for its light, feathery appearance. There are actually 16 types of mustard greens, which vary in flavor, texture and color.

Growers introduced Mizuna to France in 1845, but the culinary masters of that time were apparently unimpressed and the entire plant family was lost and seeds had to be introduced later in the century. In this day of culinary awareness and increased health consciousness, the plant is appreciated for its slightly sweet, piquant flavor and its high nutritional value. Mizuna is rich in vitamins, minerals and powerful antioxidants.

Mizuna is a hardy plant that tolerates sub-zero temperatures and extreme heat, which means it can be grown year round. It grows quickly and small, tender leaves are ready to harvest only three weeks after planting.

Growing Mizuna is much like growing any type of garden green. Mizuna tolerates nearly any soil type, but thrives in rich, loamy soil that is damp but not soggy. Amend the soil before planting with compost or well-rotted manure.

Plant the seeds directly in the garden and cover them with no more than 1/8 inch of soil. Begin thinning the leaves after about two to three weeks and continue to thin them regularly until they plants are 10 to 12 inches apart. Be sure to use the tender, thinned leaves – they’re much too delectable to throw away!

Provide plenty of water when the plants are small. A layer of mulch helps keep the soil evenly moist. If you want speedy growth, apply a nitrogen-based fertilizer about a month after planting.

Mizuna isn’t bothered by most pests, but watch for slimy slug trails around the plants – or worse yet, holes in the leaves. If you notice signs of slugs, use a non-toxic bait or some type of slug trap. Keep that layer of mulch thin, as a thick layer provides an ideal hiding place for the pests.