Mulberry Plant History: Where Do Mulberries Come From 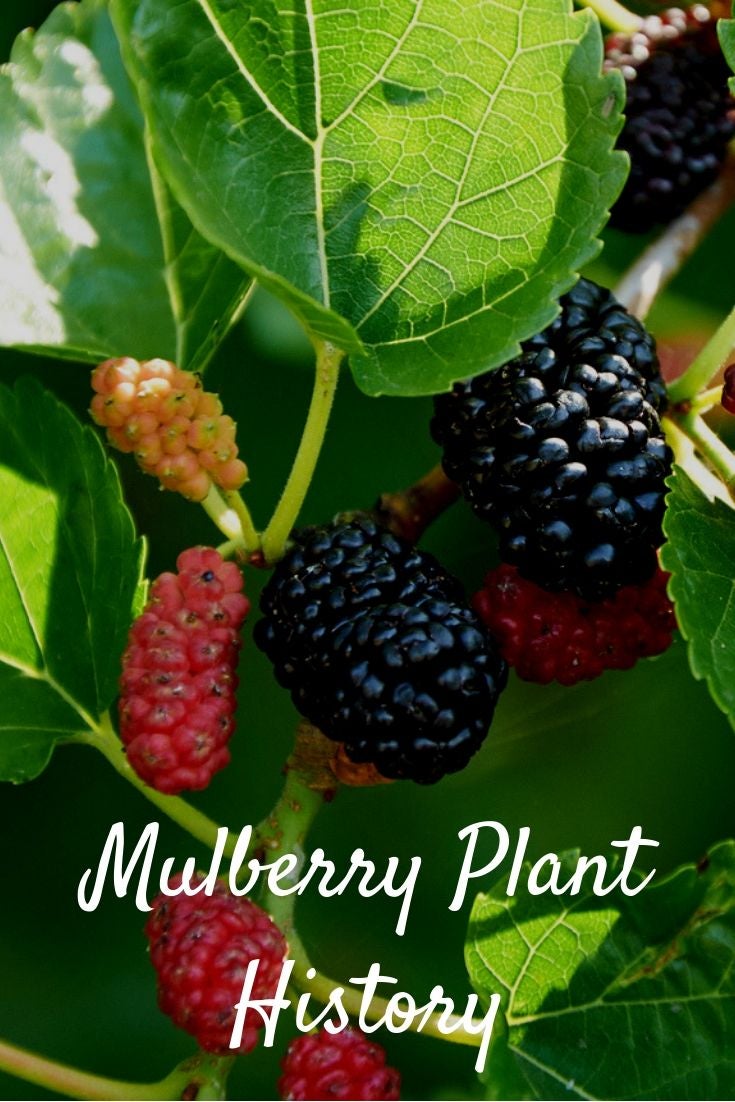 White mulberries, red mulberries and black mulberries are all utterly delicious fruit, something like a blackberry but harvested from a tree, not a shrub. But berries aren’t the only reason people grow heirloom mulberry trees. Read on to learn about the mulberry plant history as well as the different uses for mulberry leaves.

Where Do Mulberries Come from?

The three different kinds of mulberry trees come from three different parts of the world. You’ll find the white mulberry (Morus alba) growing wild in eastern and central China, but it’s been naturalized for hundreds of years in Europe too.

The red mulberry (Morus rubra) is also called the American mulberry, so you can guess its origins. It’s native to the East Coast of this country, growing wild from Massachusetts to Kansas and down to the Gulf Coast.

Where do mulberries come from if they are black? Black mulberries (Morus nigra) are native to western Asia. Like the white mulberry, the black mulberry has been cultivated in Europe since the Roman times.

Mulberry plant history goes back a long way. Most of the ancient civilizations of the world cultivated mulberry trees for their delicious berries. They also used the tall trees with spreading canopies for shade trees. Once it was determined that the huge green mulberry leaves could be fed to livestock, the uses for mulberry trees expanded. The leaves of the white mulberry also proved to be excellent food for silkworms in the silk trade.

It was the Romans that brought mulberry trees to Britain when they invaded. They used the trees for medicinal purposes, using mulberry leaves to treat diseases of the mouth, trachea and lungs. By the 17th century, people were also using the roots of mulberry trees to get rid of tapeworms.

It was only after that – during Tudor times – that they became prized in Europe for their succulent berries. It is said that Henry VIII had a mulberry tree planted in his Chelsea estate. Later, King James I decided that Britain should compete with France in silk making. He brought in ten thousand mulberry trees to provide food for the silkworms, planting some in a large mulberry garden near Buckingham Palace. The silkworm project failed because the King bought black mulberry trees instead off the white ones that silkworms like.

And the mulberry fever spread to the new world as well. In 1733, General Oglethorpe decided to encourage silk production at the British colony in Georgia. He ordered hundreds of white mulberry trees to be planted at Fort Frederica for that purpose.

If you want to plant a mulberry tree in your backyard or garden, take care with the size. These trees can grow to 80 feet (24 m.) tall unless you prune them. Mulberry trees thrive in U.S. Department of Agriculture plant hardiness zones 4 through 9, depending on the species and cultivar. Grow them in full sun in well-drained, deep loam.